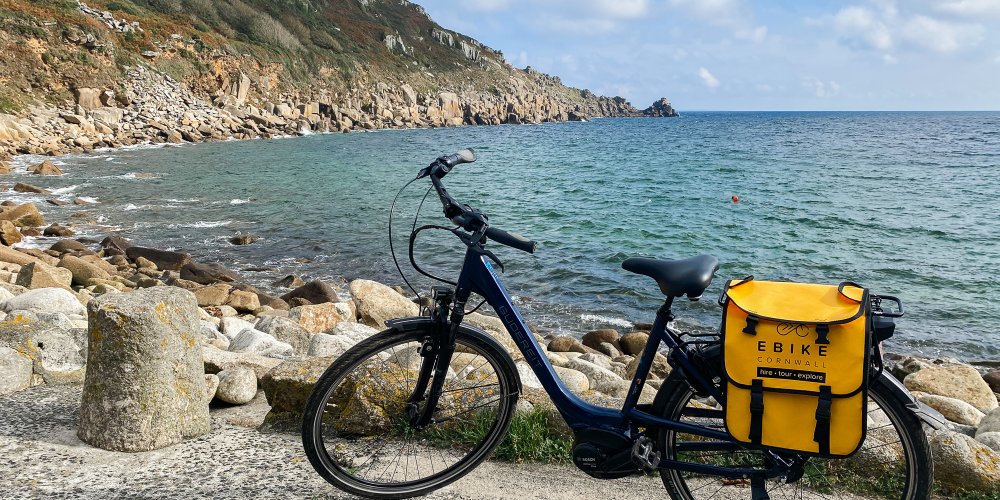 Hiring an electric bike in Cornwall is the BEST way to explore our beautiful coast!

I won’t lie to you – I am a terrible cyclist. I’m pretty wobbly, bad with gears, and can barely make it up the slightest of slopes! Whenever I go cycling, I always look for the flattest routes, and I’ll basically refuse to go anywhere with hills or slopes…

…but with an EBike, all that changes!

I’d never tried one before, but EBike Cornwall kindly asked us to come and give theirs a whirl on the beautiful Penwith coastline this past weekend, and I was incredibly excited to see how this would change my cycling experience. 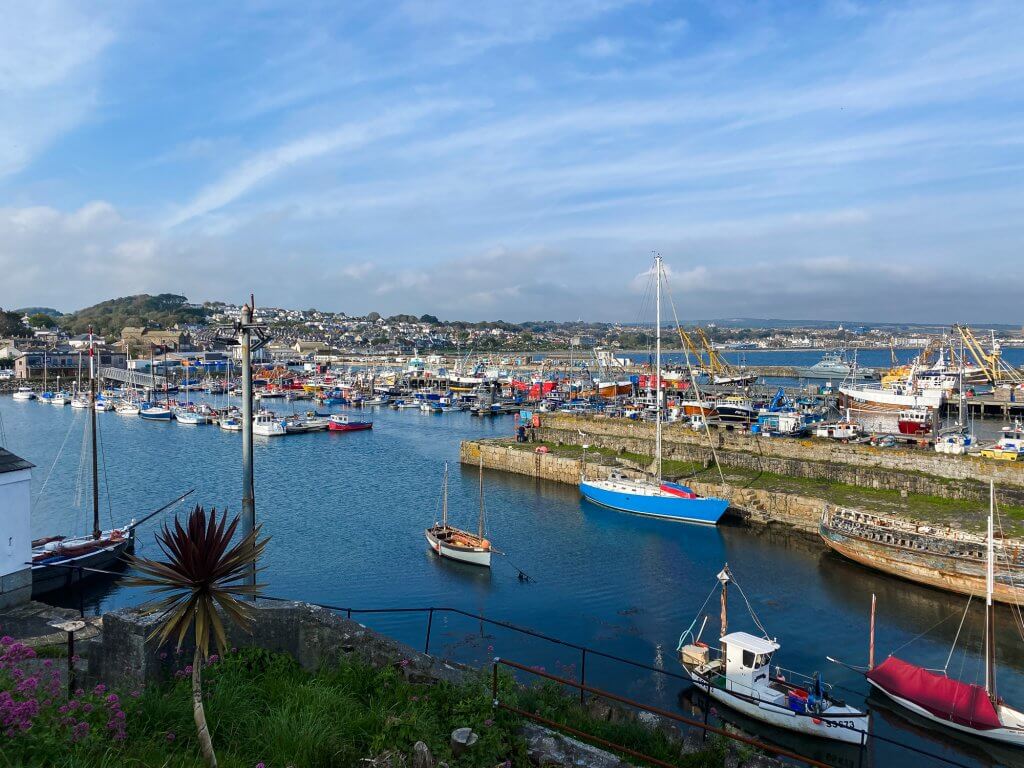 We started off at the EBike Cornwall shop in Penzance (it’s a quick 2 min walk from a £2.50 all day car park FYI!) to pick up our bikes and get set up by Polly, who gave us a demo of how the bikes worked (including how to get the electric ‘boost’ to kick in, and how to lock the bike) as well as an option of some different routes we could take based on our fitness and experience, and how long we wanted to be out for.

We decided around 3-4 hours would be perfect, so went for a route that goes from Penzance, through Newlyn and Mousehole, and along the coast to Lamorna and other fishing coves. I’d never been to Lamorna cove before, so was keen to try somewhere new too! EBike Cornwall can supply you with a phone to take with you that has all the routes installed on it for GPS navigation as you cycle. 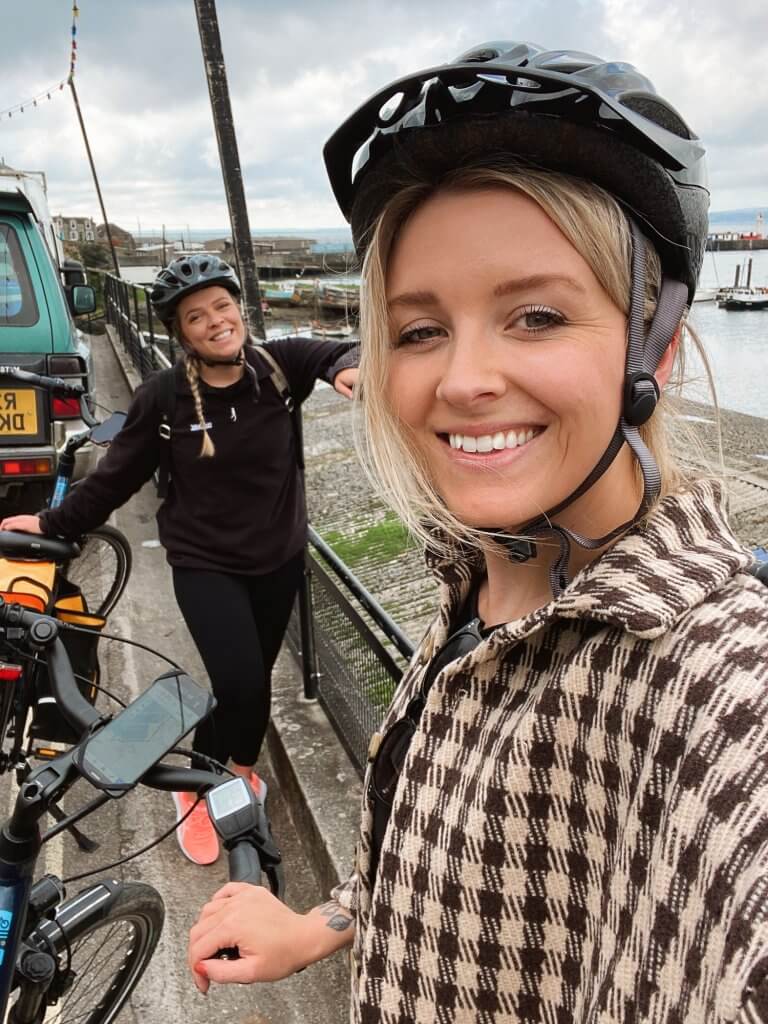 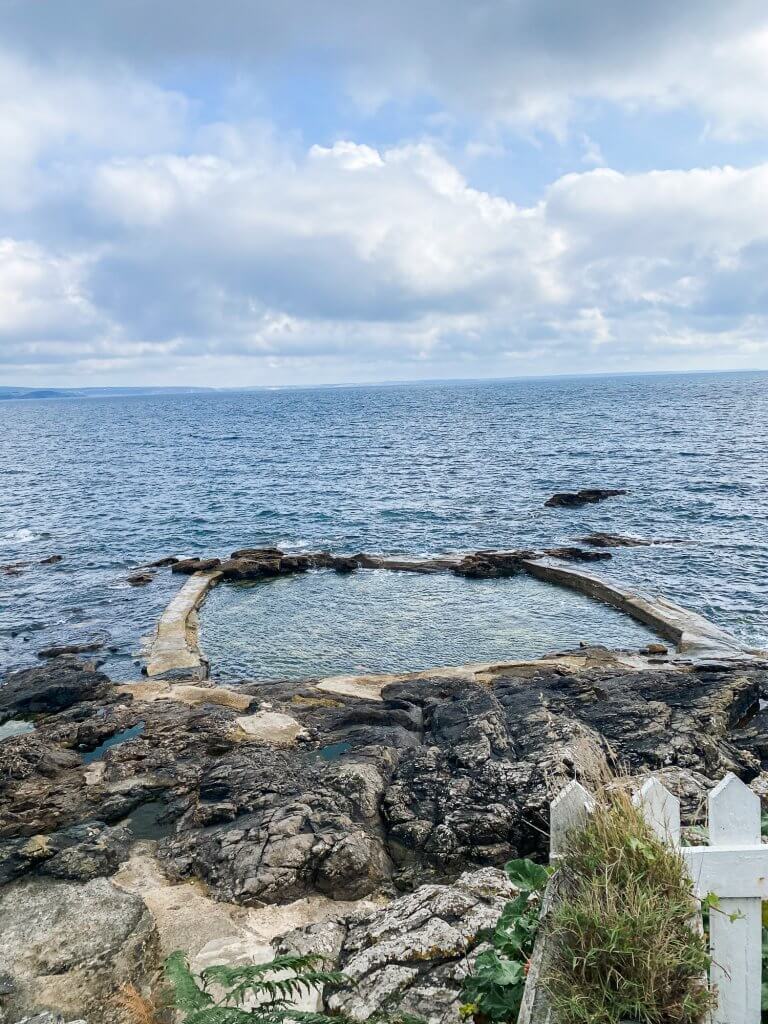 From the shop in Penzance, we headed out on the road along the promenade that hugs the sea and takes you straight into Newlyn, Cornwall’s famous fishing port. There’s a small hill here that gave us the opportunity to see what it felt like when the electric kicked in on the bikes, and it was awesome! We easily flew up that slope without a struggle.

From there we cycled along the coast road into Mousehole, stopping for some lunch at The Rock Pool Cafe. 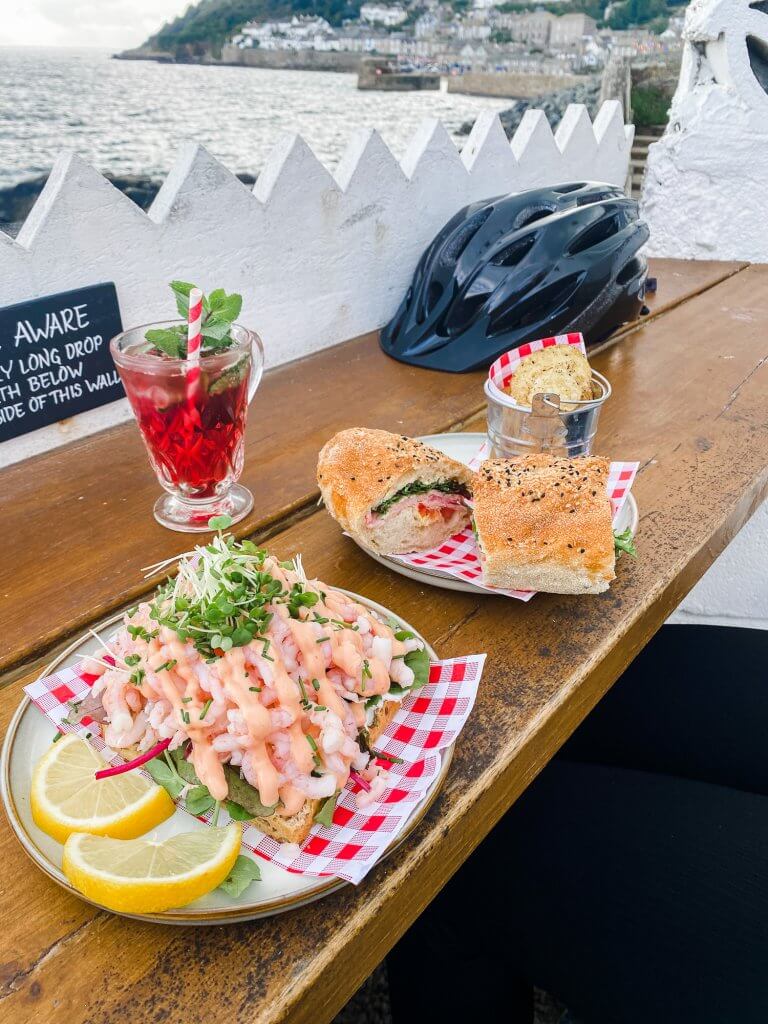 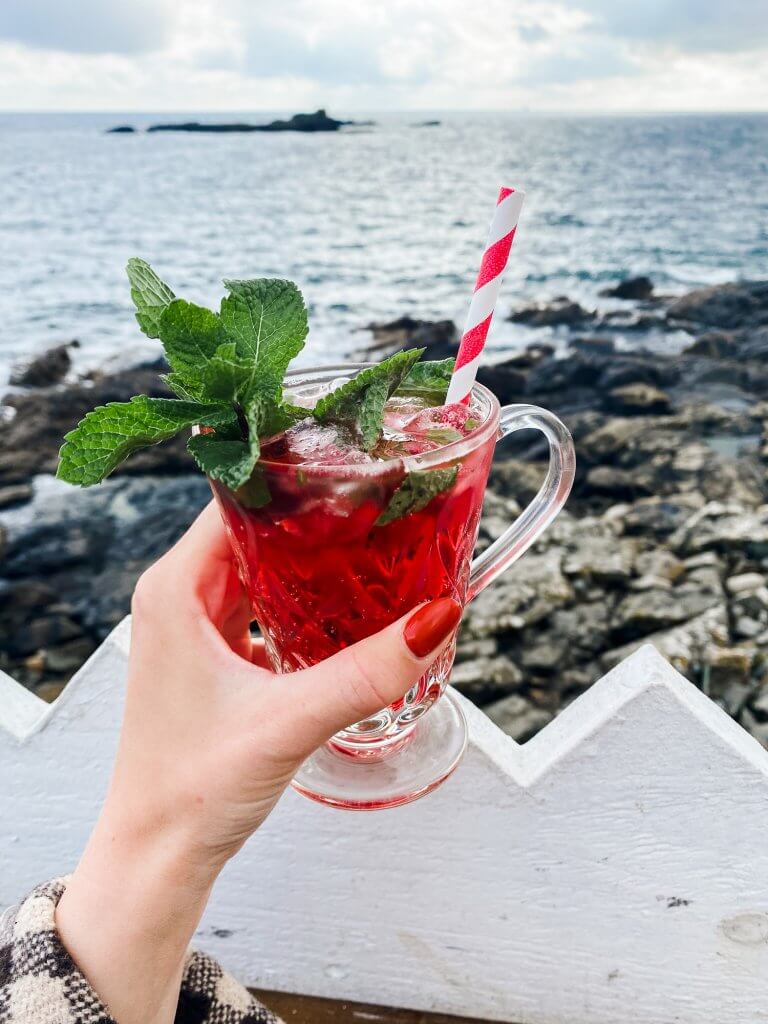 We locked up the bikes and fuelled up with a loaded prawn open sandwich and a cocktail each, before heading back on the road to continue through Mousehole, stopping to take plenty of photos along the way.

I’ve been recently before for a cafe visit, but Mousehole is most well known for its story for the ‘Mousehole Cat’* (stargazy pie anyone?) and the beautiful ‘Mousehole lights’ that the town puts up at Christmas time all along the harbour, which draw thousands of visitors each year. 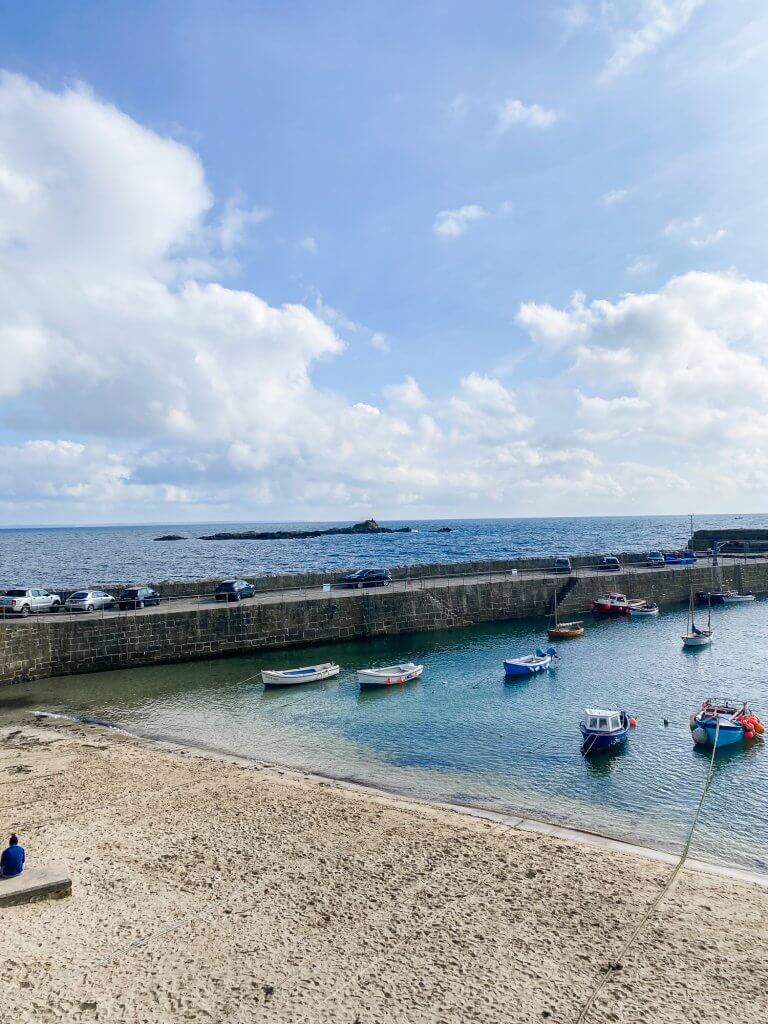 The section of our route out of Mousehole included some pretty intense hills – which on a normal bike would have lead to me giving up, or attempting to push the bike the whole way. However, with our ‘turbo’ battery kicking in, we climbed each slope easily.

The hill on the way down to Lamorna cove from the direction we came in, in particular, is very steep and very long. There’s no way I could have pushed a bike all that way (and you’d have no chance getting me to cycle all that way back up either).

It’s crazy how much more of the world gets opened up if you’re using the electric assist, if you’re someone like me who would bail on a normal bike. It means you can go so much further, see so much more, and explore new places that you might not otherwise. 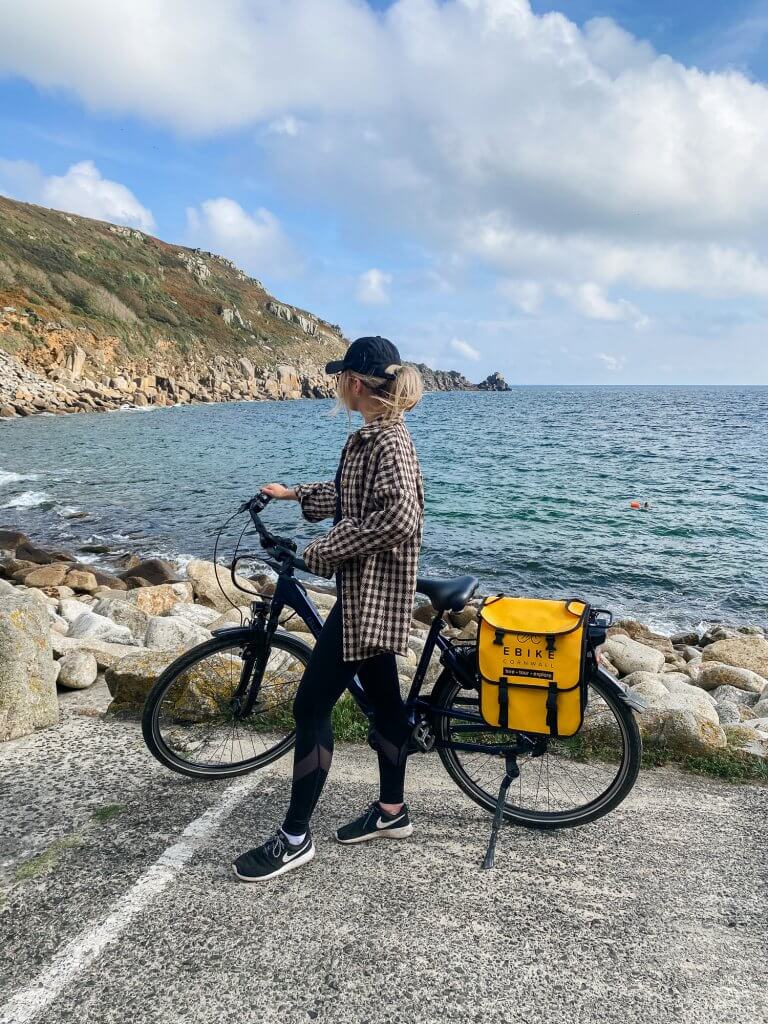 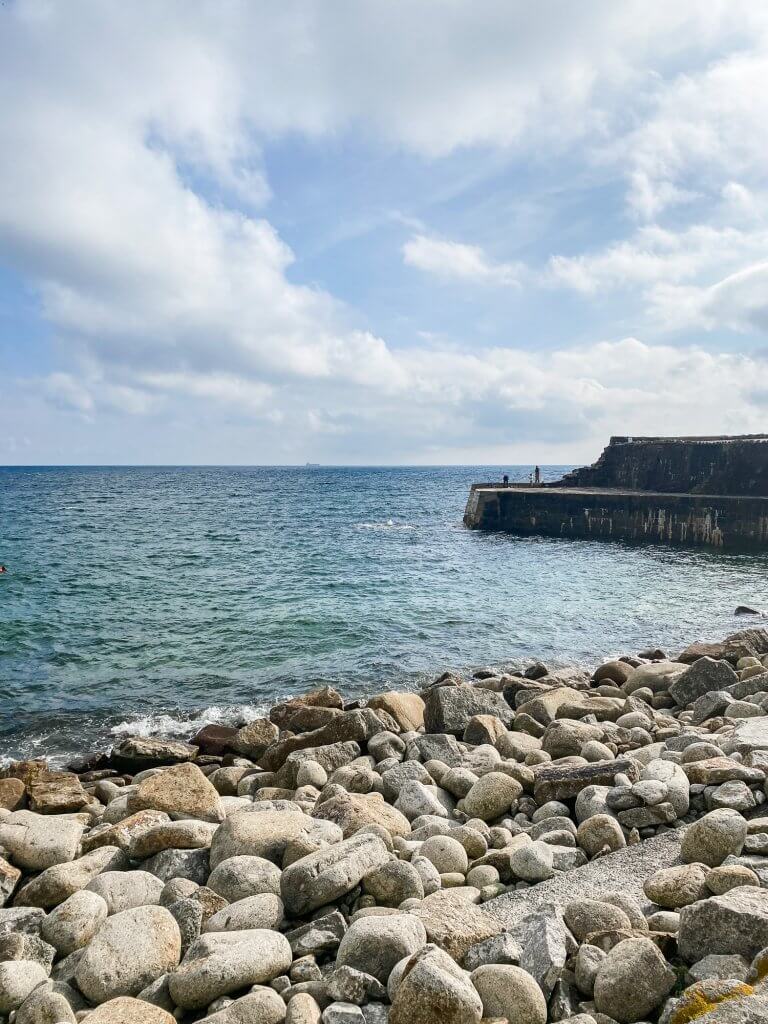 We left Lamorna and carried on to try and find the next cove, but ended up down what looked like someone’s private drive (we’d gone rogue on our original route by then) and realised we needed to get back so started on our journey home instead. This route would usually take you all the way to Porthcurno and Gwennap head if you fancied it though! Some of the most beautiful coves in Cornwall are around that area. 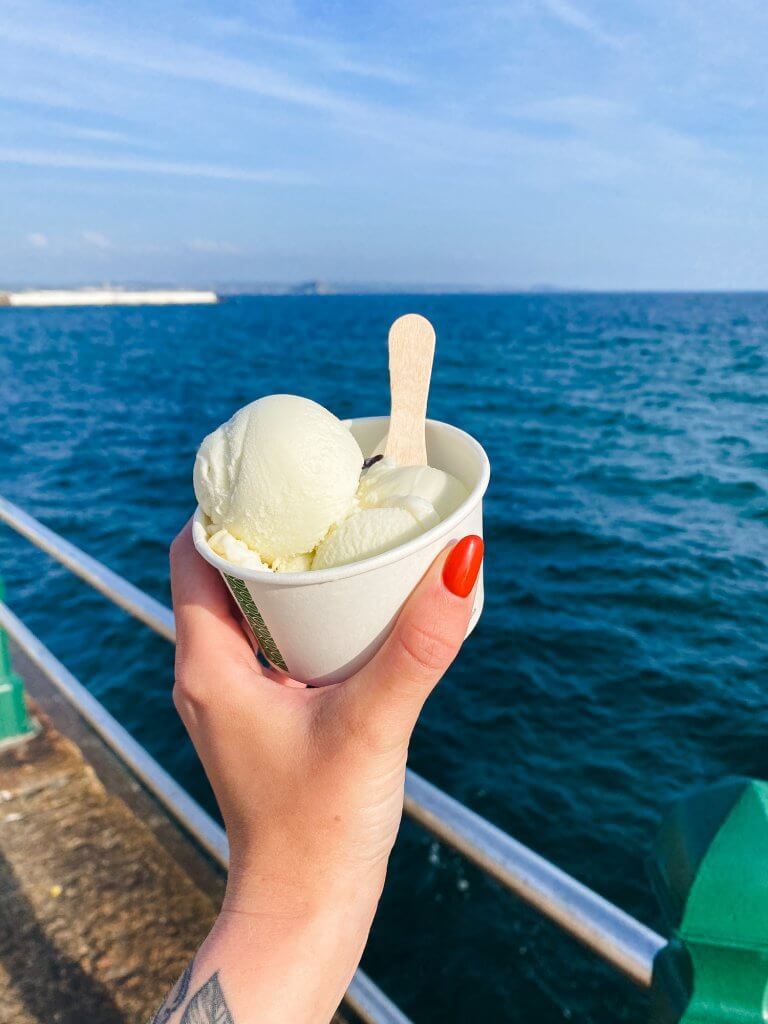 We cycled back to Penzance and stopped along the promenade for an ice cream. Yes, even in October it’s always a good time for an ice cream! A bit of mint choc chip was perfect in the sunshine as we looked out over Mount’s Bay, before dropping the bikes back to the shop for the day.

Thanks so much to EBike Cornwall for enlightening me to the world of ‘boosted’ cycling – it was so much fun and I can’t wait to come back soon!

We were given complimentary bike hire in exchange for a review, but all opinions are my own – these EBikes are awesome and I’ll definitely be doing this again!
*Indicates an affiliate link 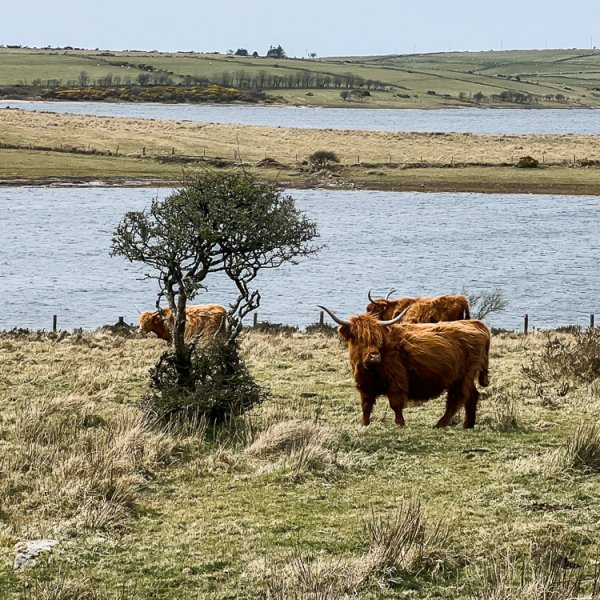 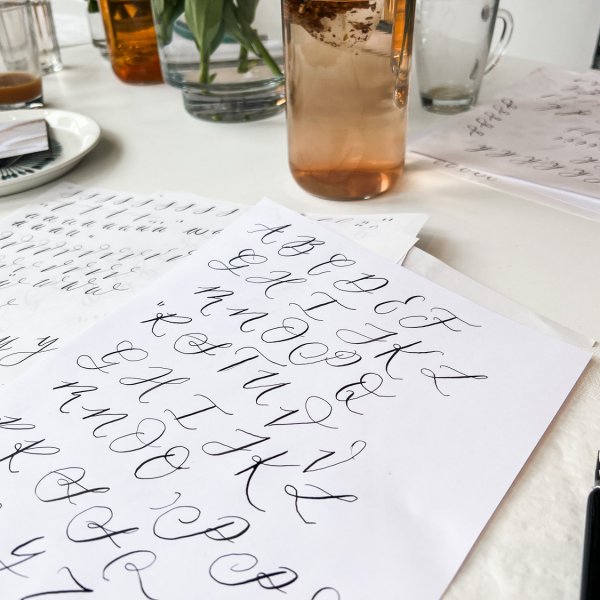 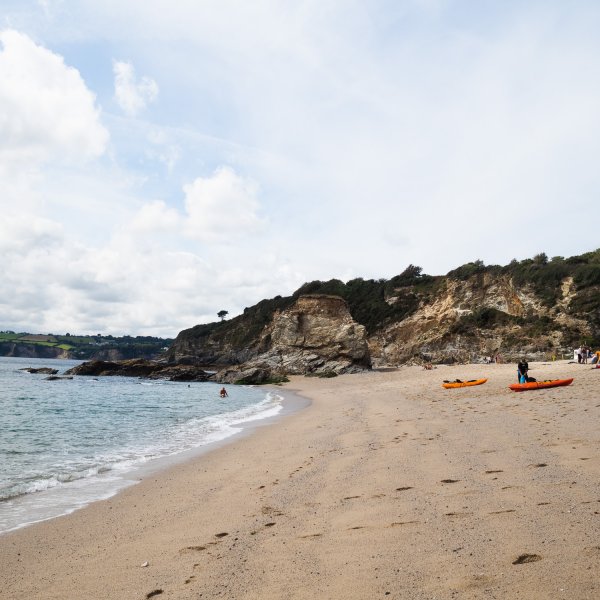