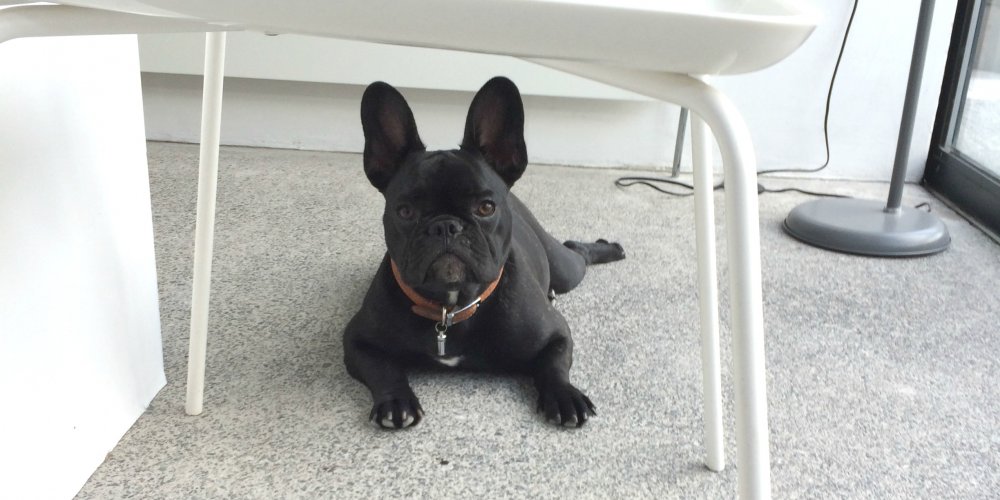 Pepper is now 14 months old, meaning we introduced her to our home 12 months ago.

Tomorrow marks us owning a dog for 1 whole year (neither of us had a dog before we got her). What fun.

It has been nothing like what we expected, and it certainly hasn’t been easy (lowlights include Pepper breaking her leg, and having a stroke in her spine). But she’s the happiest little dog and we love her to bits (probably too much!).

Here’s a little bit we’ve learned about her throughout her puppyhood:

1 | She is the craziest, most energetic Frenchie you’ve seen yet. 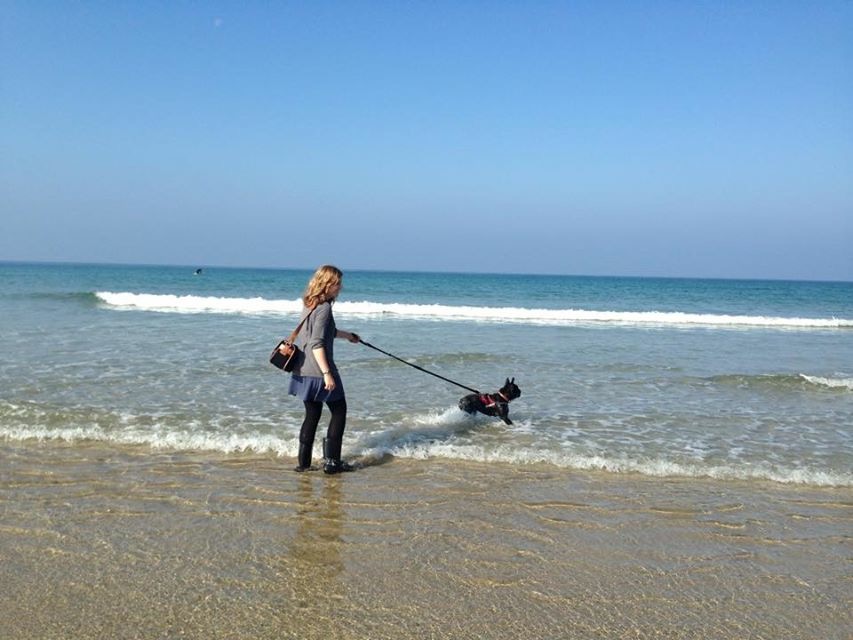 I have now been to enough Frenchie Meetups to know this to be true. I like to call her my French Bulldozer. 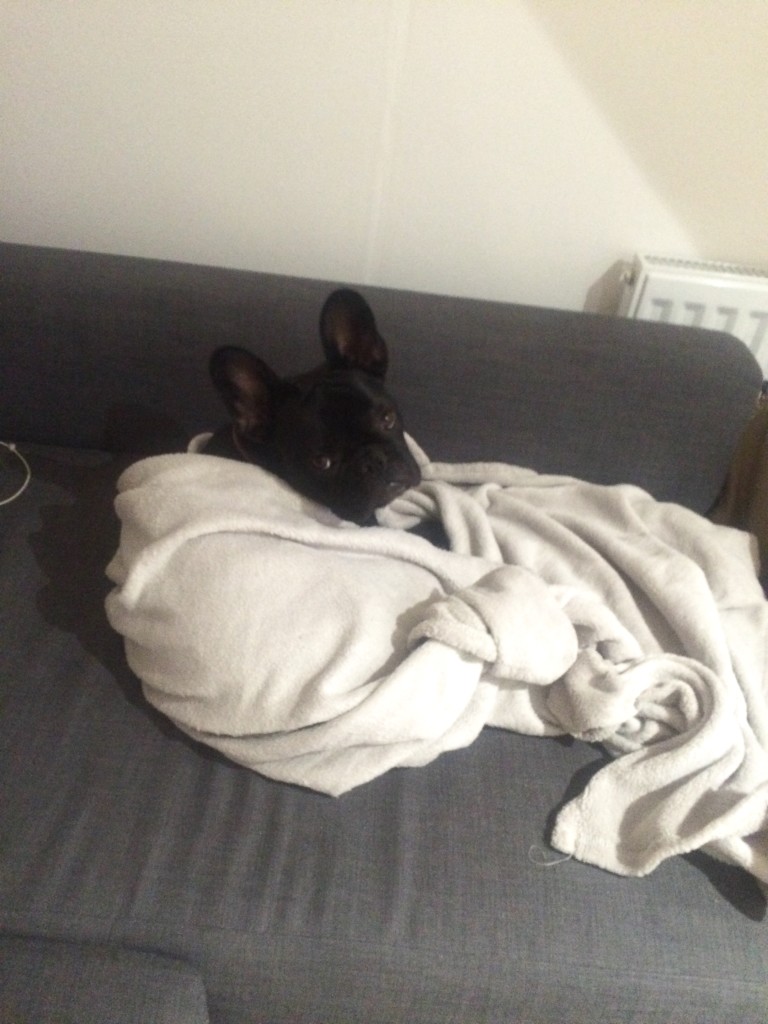 She’s been to puppy obedience training and knows all the stuff, but will only do it if she wants to do it. She will not come when I call her, so we rarely let her off lead. And she will sass us if she wants attention. 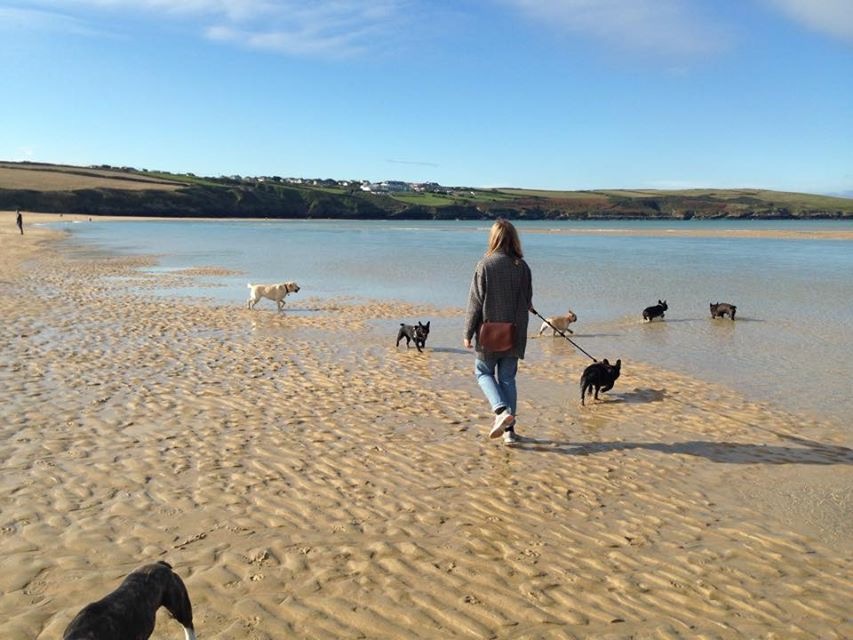 When she broke her leg she tried to use it again the day after her operation, which was a pain in the ass for us (trying to stop a 5 month old puppy from leaping around is hard). Also the stroke? Not fussed. Fireworks? Not bothered. Attacked by another dog? Meh, 5 minutes later it’s like it never happened.

She also sleeps late into the morning, which is amazing.

4 | She has taken up all the storage on my phone. 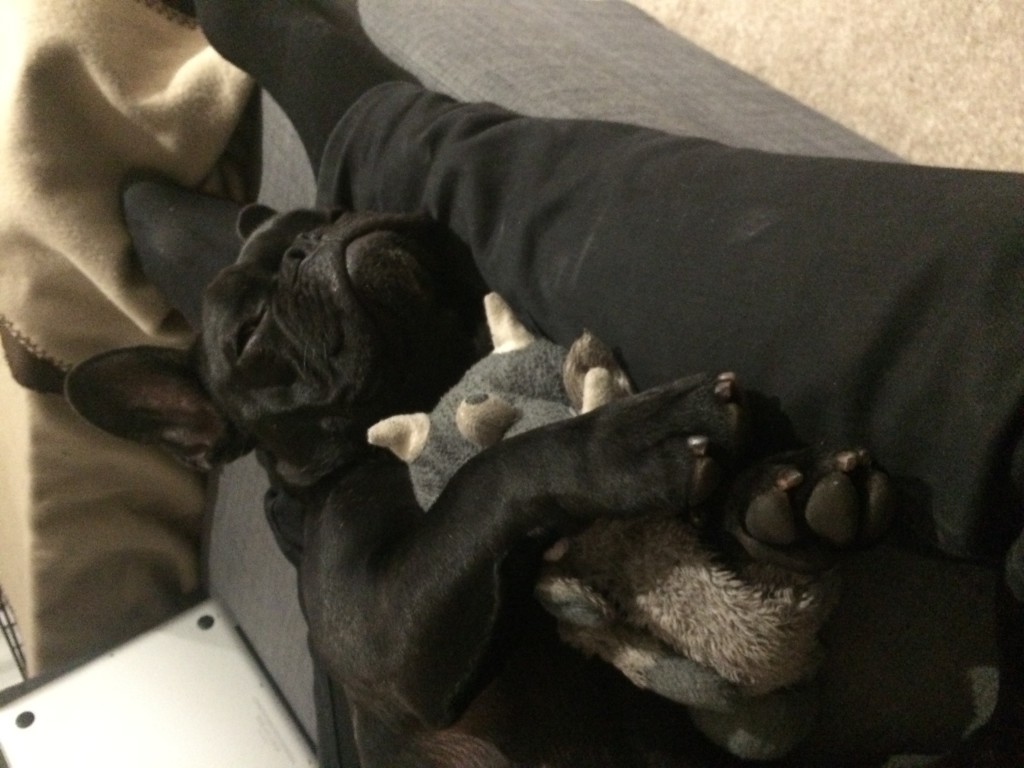 Just hundreds of photos like this one. Also all my Facebook friends probably hate me by now (if they haven’t blocked my updates already).

5 | She can make anyone laugh, any time. 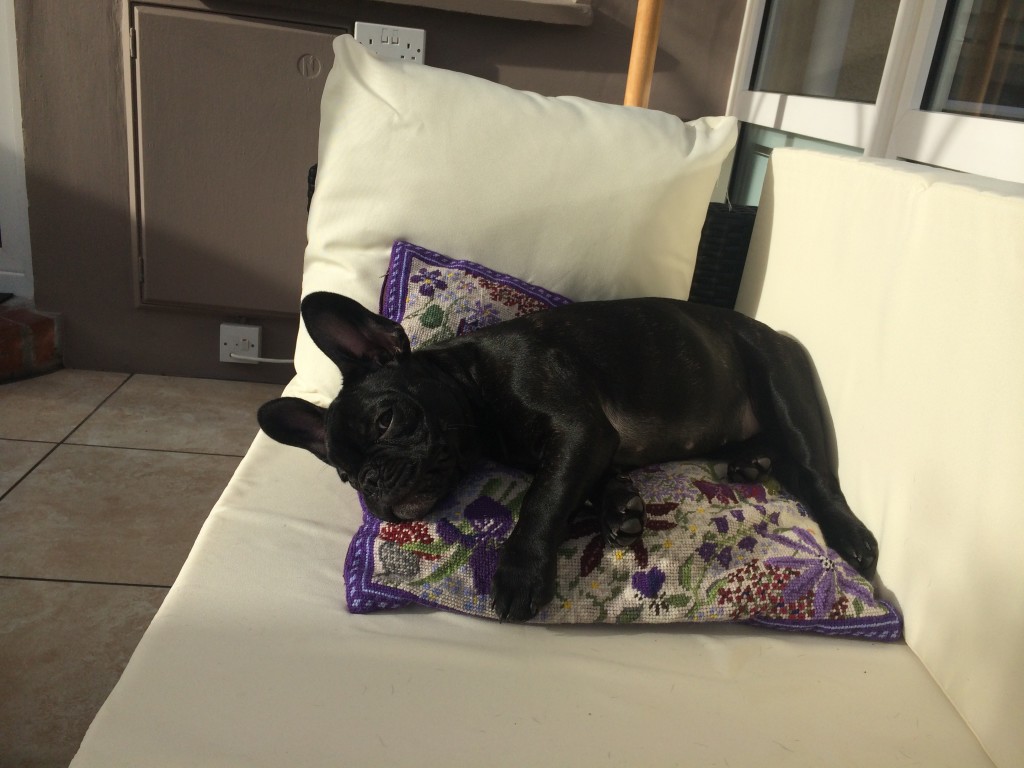 French Bulldogs are known for being clown dogs, and she certainly lives up to that name. Her facial expressions are just brilliant sometimes.

And just to finish off with some fun, take a look at her ‘before & after’! 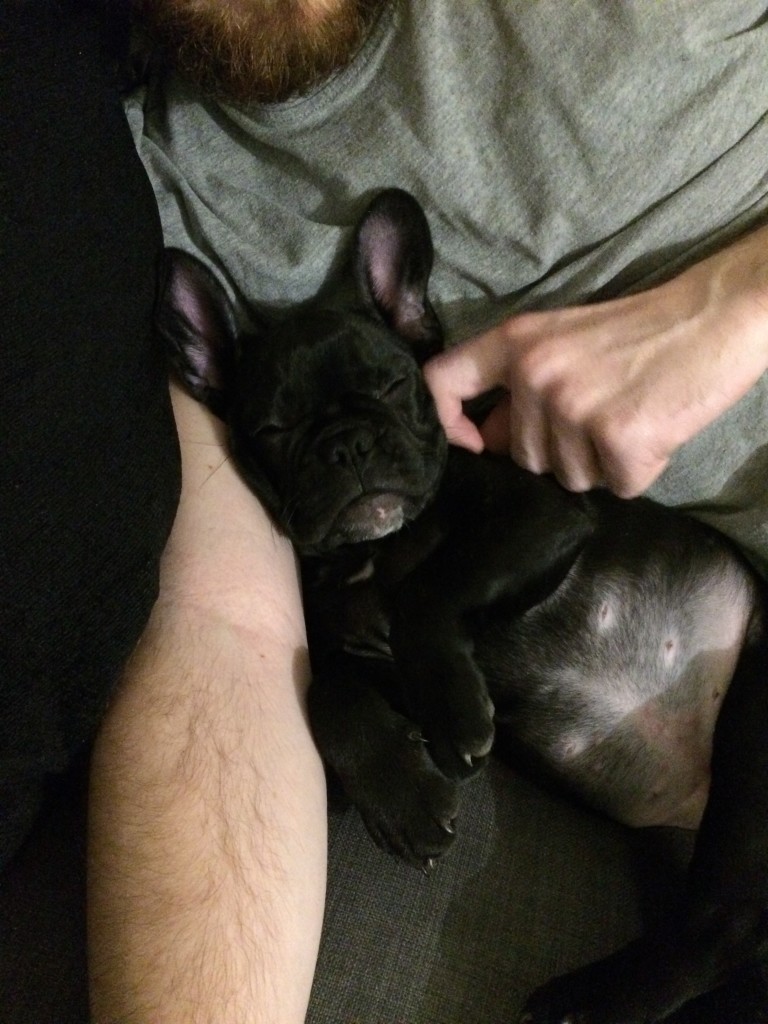 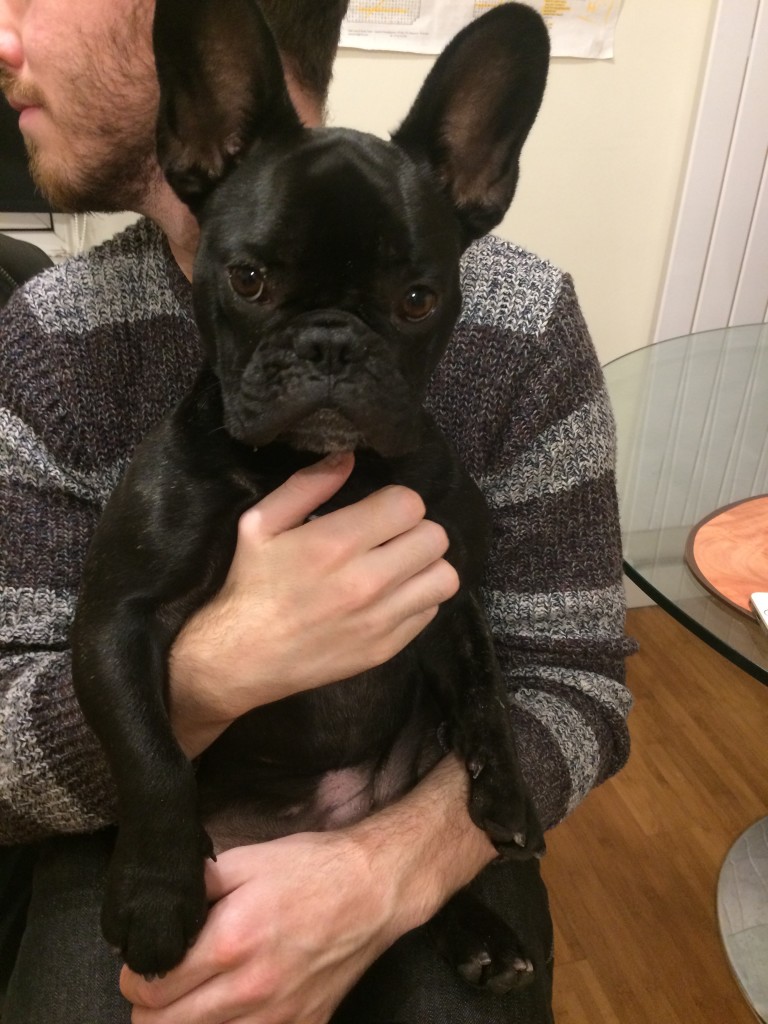