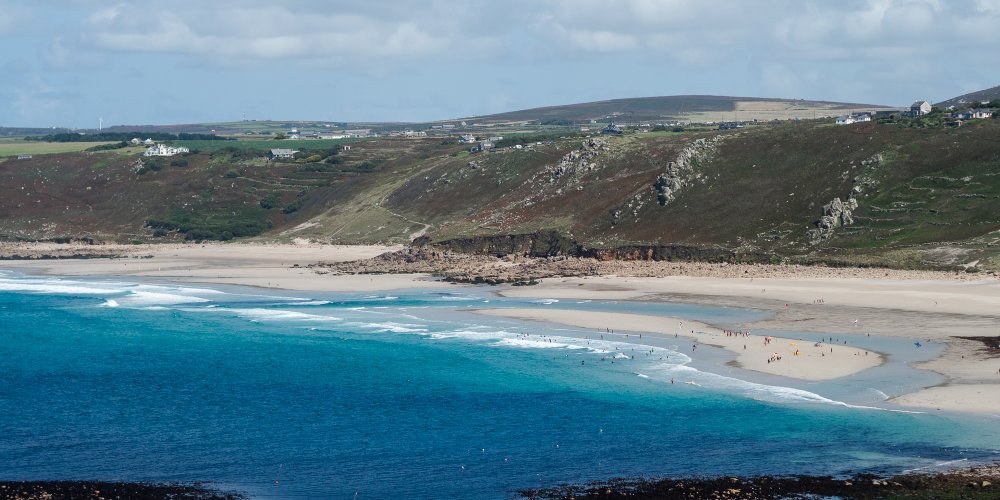 I have to say, I don’t think I’d ever seen a proper shipwreck until the other day!

Frankie, Josh and I had a free day off and decided to spend it exploring and (in my case) visiting parts of the coastline in Cornwall that I’ve never actually visited before. I’d only visited Sennen for the first time in my life THIS YEAR, and I definitely hadn’t ever been on the coast path along there before.

Pretty poor show for someone who’s lived here most of her life, right?

I also have never visited Land’s End before. Although it seems I wasn’t missing much… more on that in a bit! 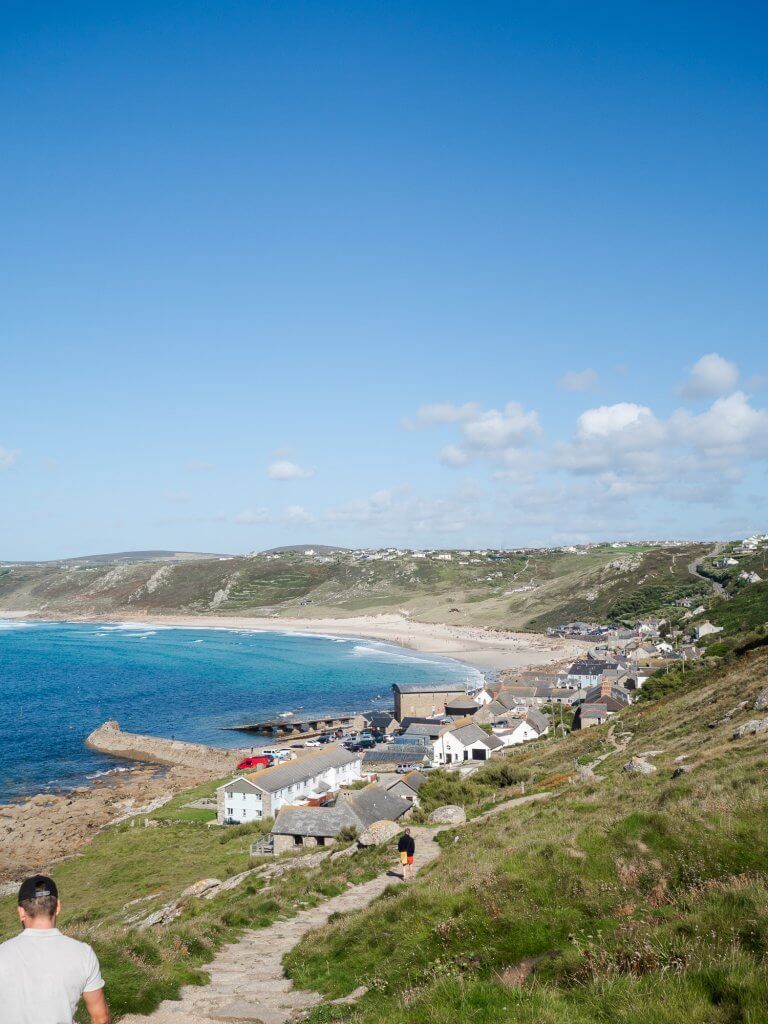 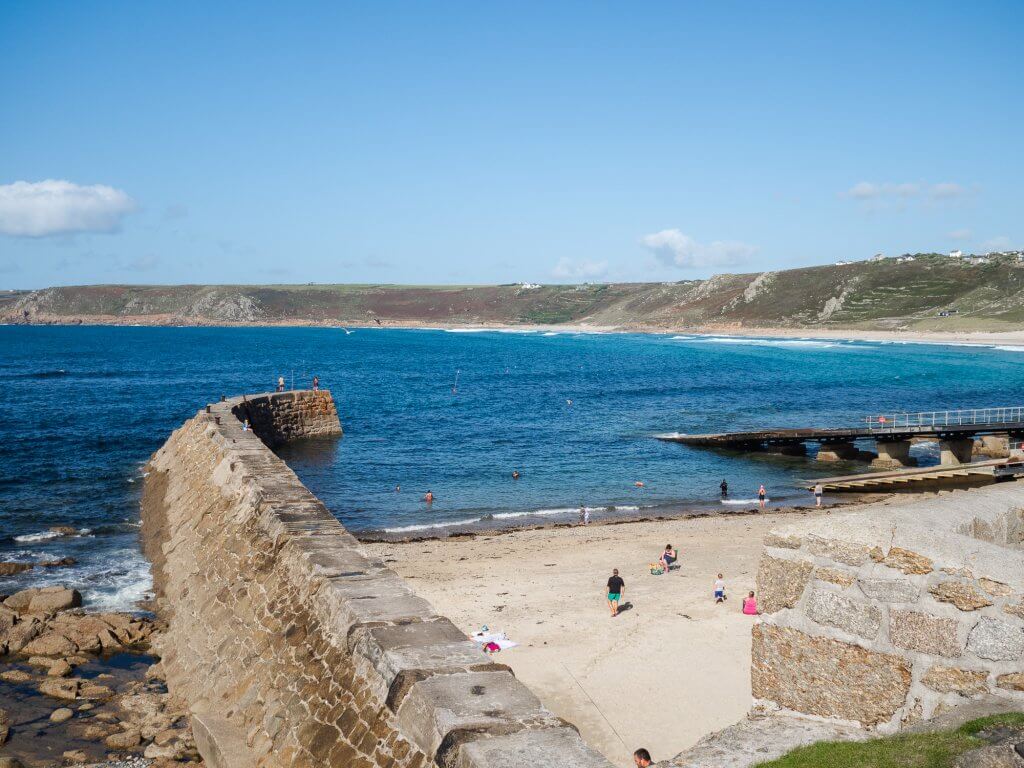 It was a beautiful warm and clear Sunday, marking the 1st September (my favourite month!). The air was smelling a little bit like Autumn and most of the tourists were driving back home that day, so we were all in high spirits as we headed up the coast path to the south of Sennen cove.

Frankie promised to show us an amazing shipwreck she’d found along this path last year, and so off we went on a hunt. 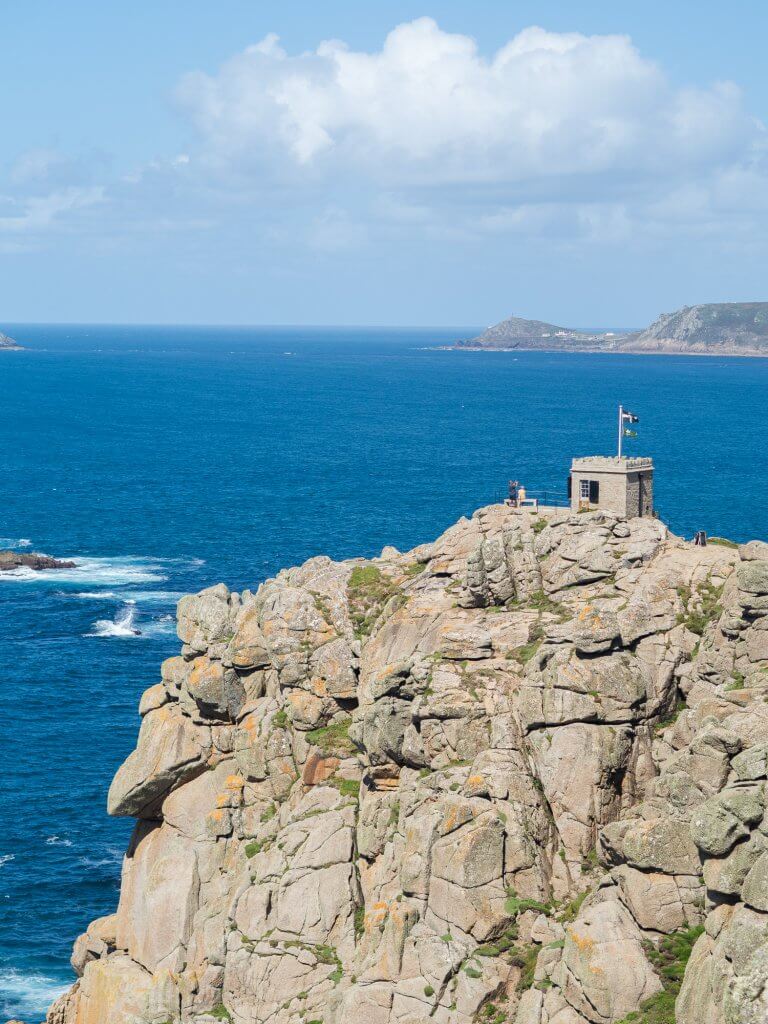 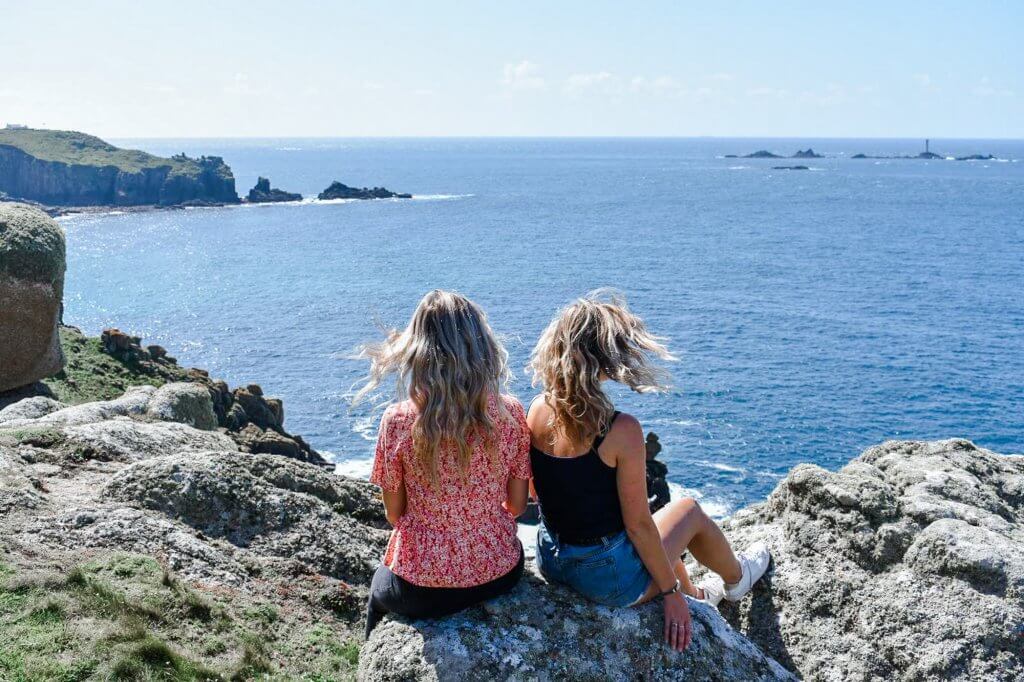 This is all part of the Penwith heritage coast at the very tip of Cornwall (next to Land’s End… hence the name!), which is known for its granite cliffs and boulder formations that stick out of the headland, looking precariously balanced as if you could push them over for them to go rolling into the ocean.

They look more dramatic and unstable than they really are, and many of them make great spots for epic photo taking! 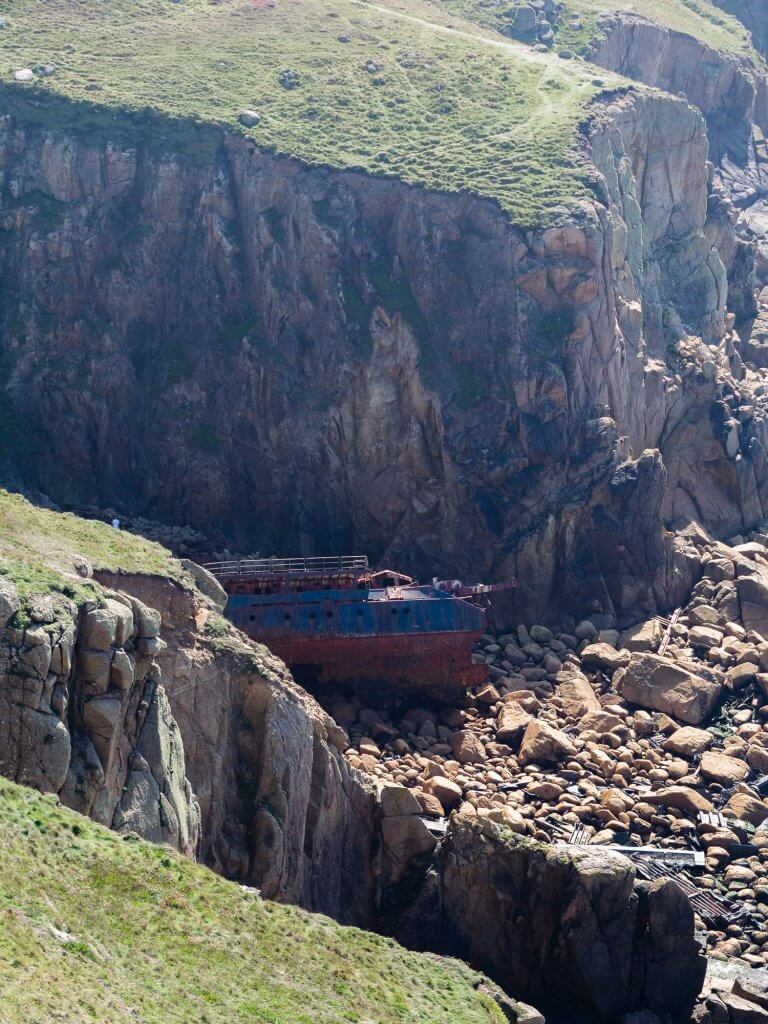 Peering over the edge down into a little cove known, we spotted the old rusted carcass of the RMS Mulheim; a cargo vessel that was shipwrecked here around 16 years ago.

Back in 2003, it had been transporting 2,200 tonnes of scrap car plastic from Cork in Ireland back to Germany when ‘apparently’ the captain’s trousers got caught in a lever when he stood up, pulling him over and knocking him unconscious! It seems a bit far-fetched, and many say that he in fact had just got too drunk and passed out. 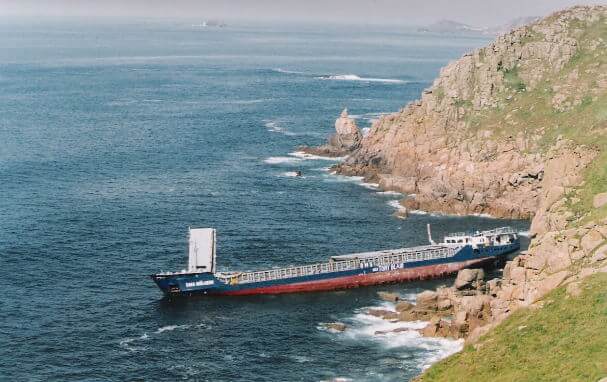 Luckily, all six of the Polish crew members were air lifted away by RNAS Culdrose helicopter and just treated for shock. Meanwhile the ship’s hull was punctured and sadly ended up leaking diesel oil into the ocean, and while there was an operation the week after to salvage as much of the ship’s cargo as possible, much of those tonnes of plastic were also deposited into the sea.

So while it is a pretty cool landmark to take photos of and explore on our coastline now, it’s worth remembering that this shipwreck will have caused a significant amount of damage to our sea life sadly. 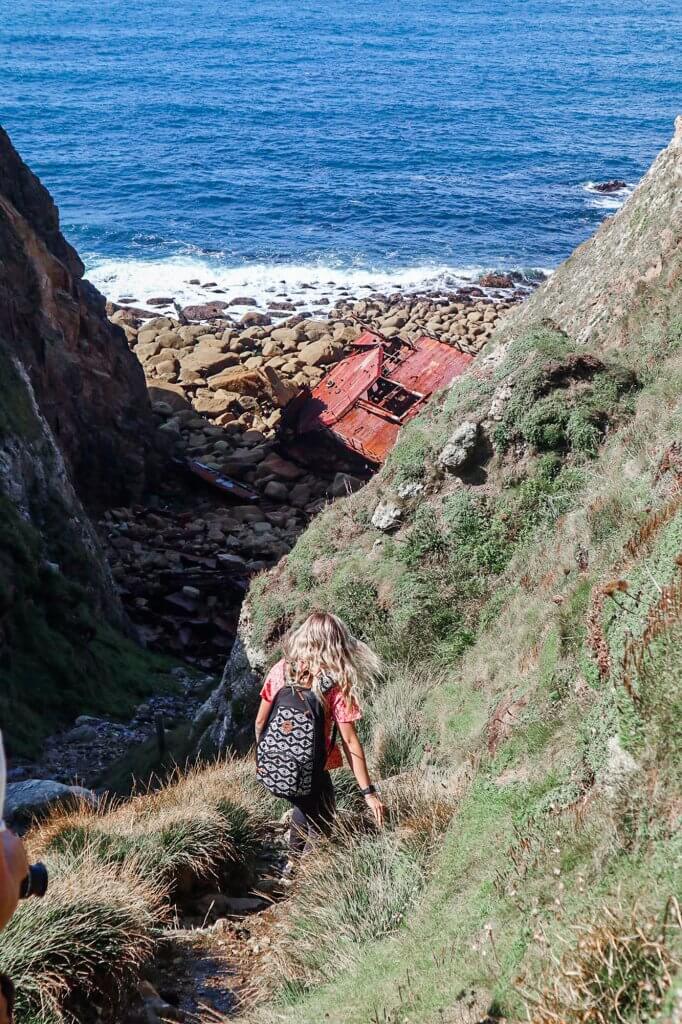 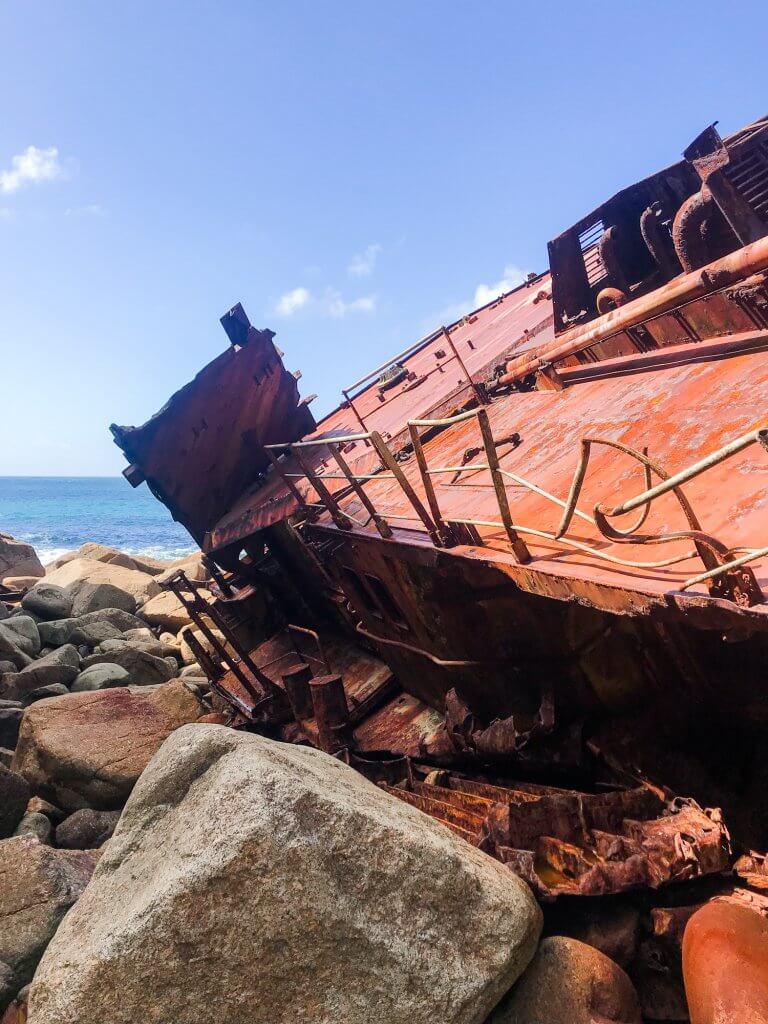 You can get a great view of the wreck from the cliffs above, but if you’re fit and able, you can also climb down to the cove via what’s become a steep cliff path. I was expecting it to be really hard work to get down, but in all honesty I think climbing down to Pedn Vounder is much harder, and hundreds of people do that every day in summer!

What you really need to be careful of is the rusted parts of the ship that have been piled on top of the rocks, that you need to climb over in order to reach the hull of the wreck.

Much of the rusted parts here have been worn down by the sea over time, so thankfully most of it isn’t sharp enough to cut you HOWEVER I would urge anyone planning on exploring this or anything similar to: 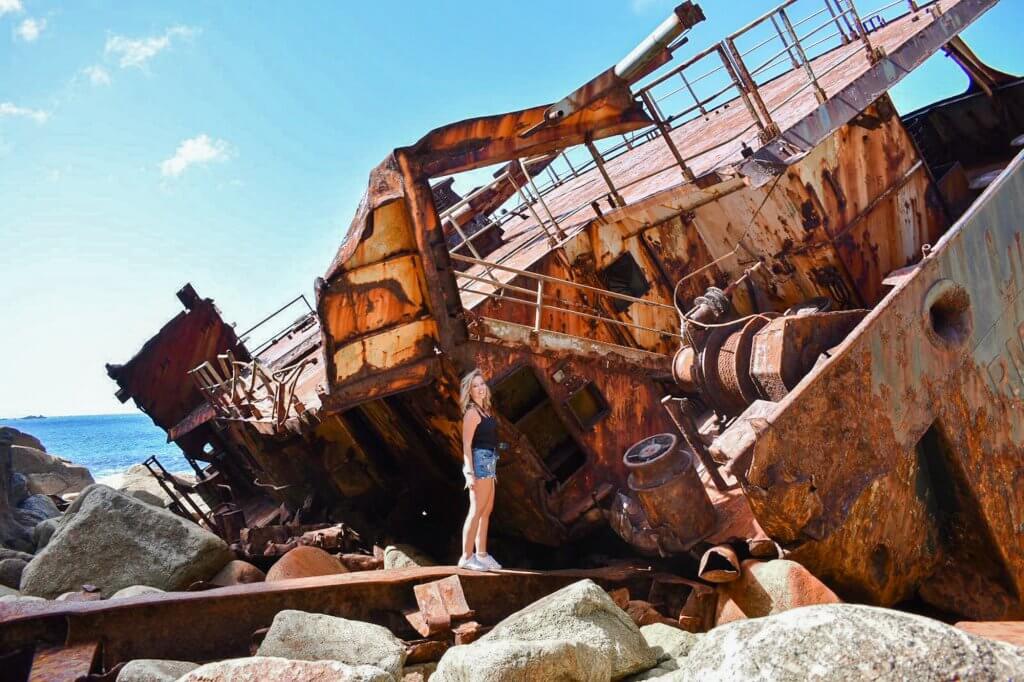 If you are cautious and sensible, it is an amazing sight to see. You can even climb up into the wreck and explore the inside! Again, I probably wouldn’t recommend this unless you are seriously careful and know what you’re doing. This wreck is basically all rust, remember, so could come apart/fall through at any moment.

After our adventure, we climbed back up the cliffs and kept on the coast path towards Land’s End. Known for being the most southerly tip of the UK, Land’s End is of course a beautiful part of Cornwall’s coastline and a picturesque stop on your travels. 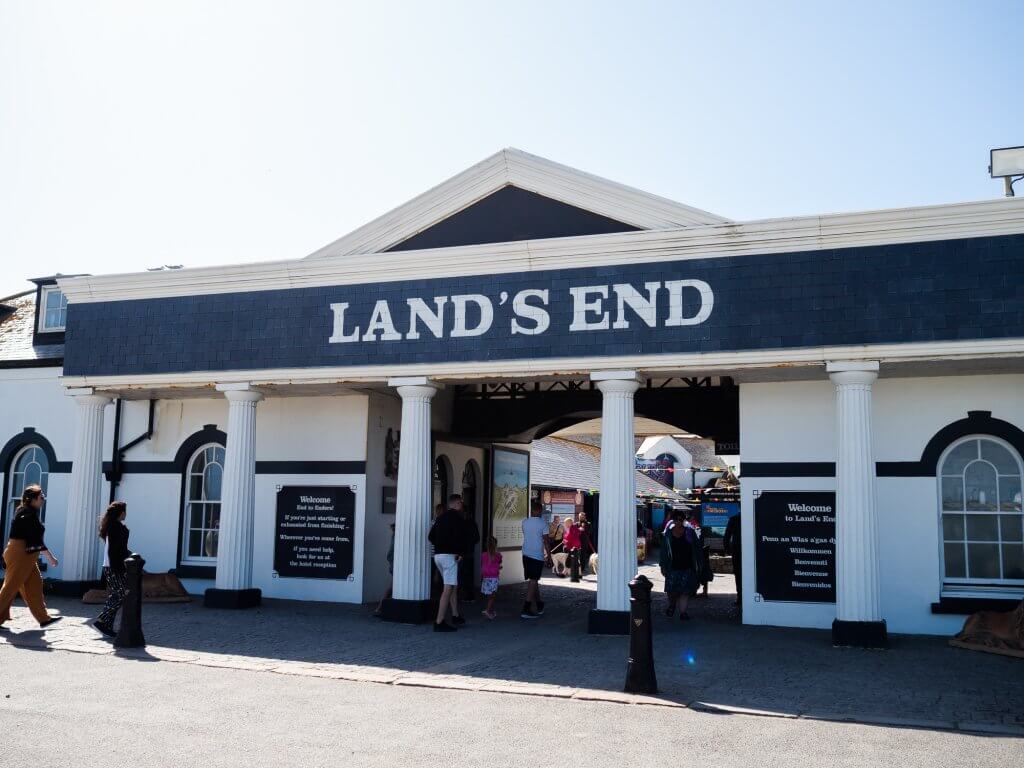 The Land’s End visitor centre is not so much.

Honestly it’s a very odd place. I’m not sure what I expected but I wasn’t expecting the theme park style ‘attraction’ that it is. Yes it has some overpriced gift shops and an information centre about the history, but for some strange reason it also has a 4D cinema and a Wallace & Gromit ‘experience’? There’s also a canteen and some food stands, and of course – the iconic Land’s End signpost… 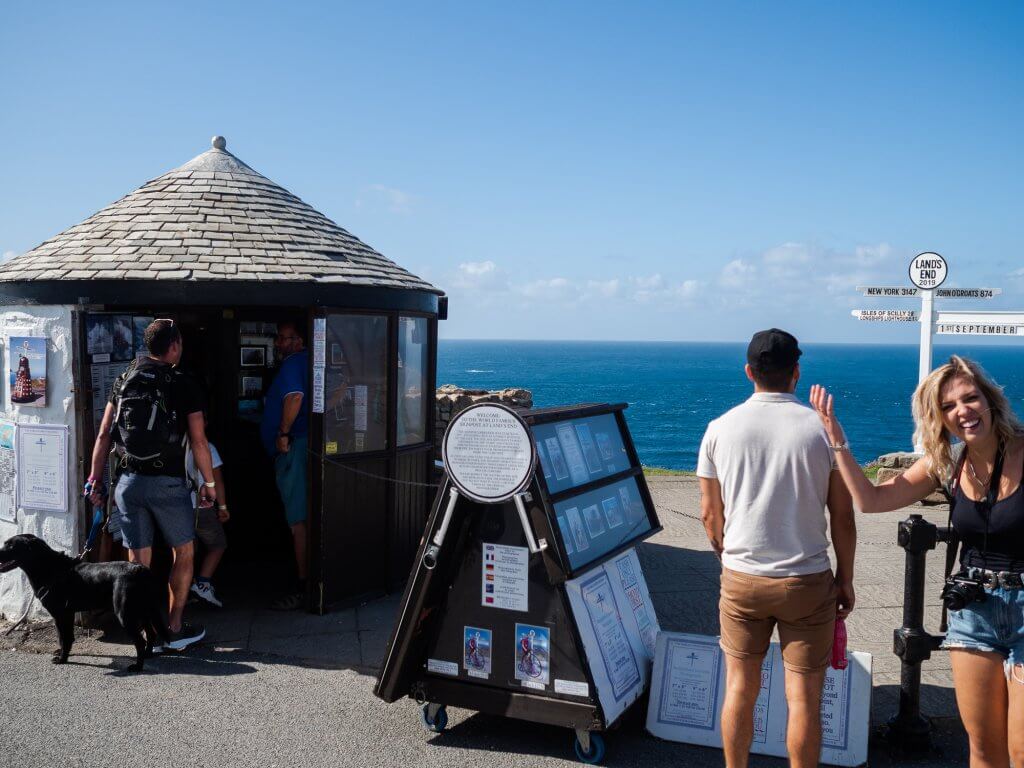 … which you have to pay a minimum of £9 to take a photo with. ^ Frankie’s face in this photo sums up our thoughts on this!

Apparently a local photography company owns and operates the signpost, which has a customisable ‘arm’ that you can personalise with your own lettering, and have your photo professionally taken.

…Or you can wait until after the business closes or out of season and take your own photos, or take a picture of the sign on its own. It’s up to you!

Overall, the place felt very strange and not very ‘Cornish’ at all. Food, drink and souvenirs were all (as expected) extremely overpriced, and the signpost thing just topped it all off and made it all feel like a bit of a rip-off place to visit. I just hope that when tourists visit here they don’t come away with this place being their lasting impression of what Cornwall is like! 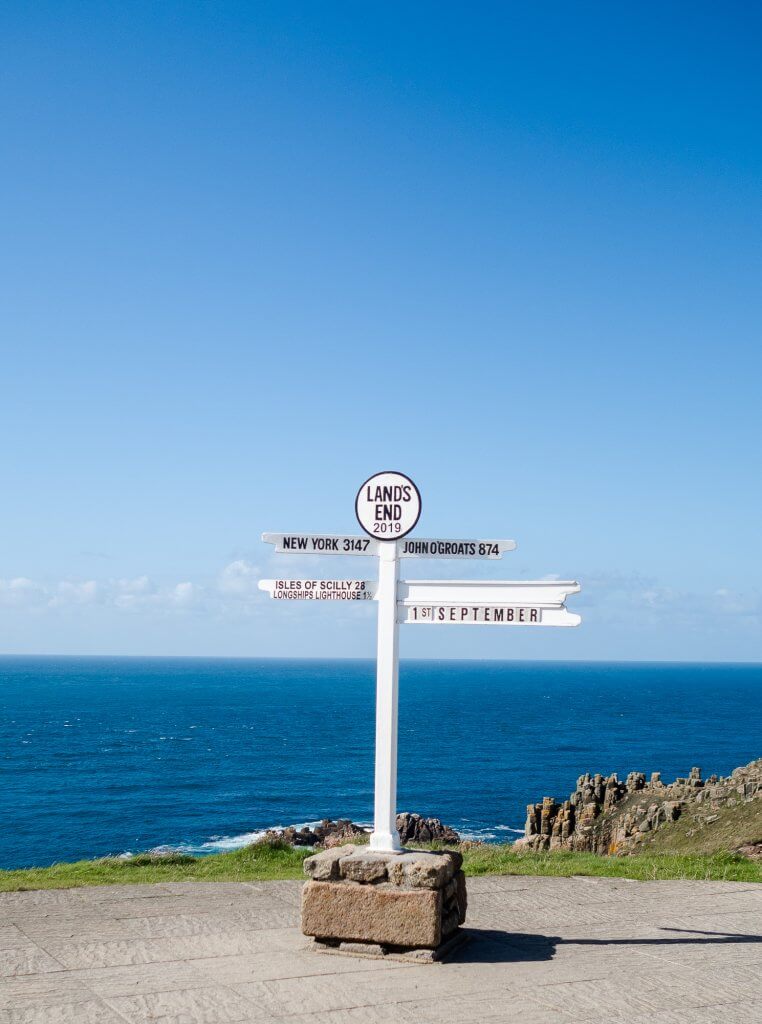 Anyway, enough of a rant! We had a lovely day and had a good laugh about it all on our walk back to Sennen. This is what Sundays are really meant for – exploring your own back yard!

Have you ever visited a shipwreck before?

A Dog Friendly Stay in Sennen at The Old Success Inn 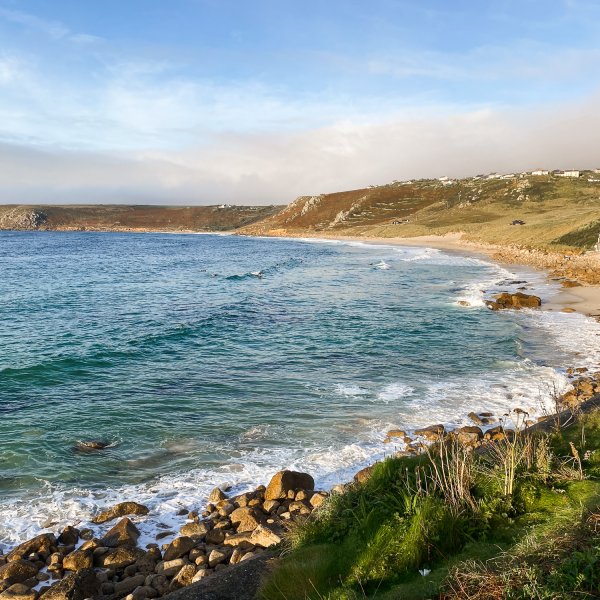 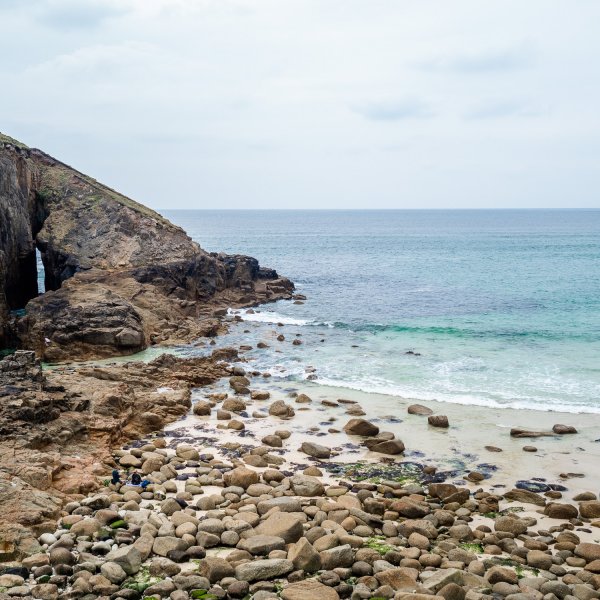 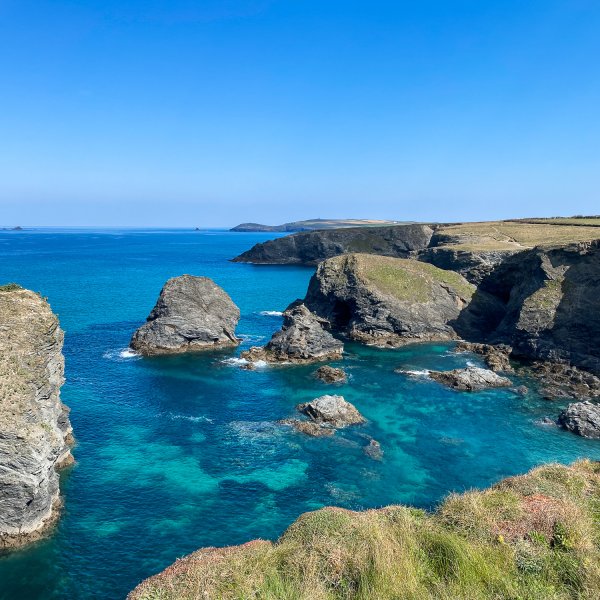