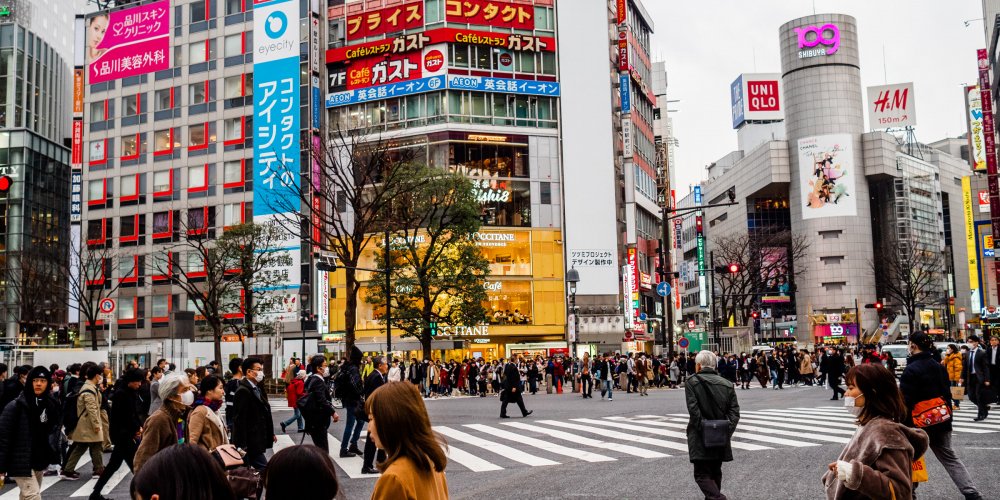 A few top things to do in Tokyo that you won’t want to miss!

We’ve just returned from our 10 day trip to Japan and I’m so excited to start sharing the photos and things we got up to on our trip. Japan is definitely my new favourite country, and Tokyo is officially my favourite city (coming from a girl who really hates cities, by the way)! We had the most amazing time and I’d highly recommend everyone to visit – such a great experience.

The first leg of our trip was Tokyo (we also visited Odawara, Hakone, Kyoto and Osake), and I wanted to write a list of all the absolute must-do things and activities you simply have to do if you visit this city. There’s so much to do and we wished we had a couple more days to spend in Tokyo, but below are the key things I think everyone should try and do while there… 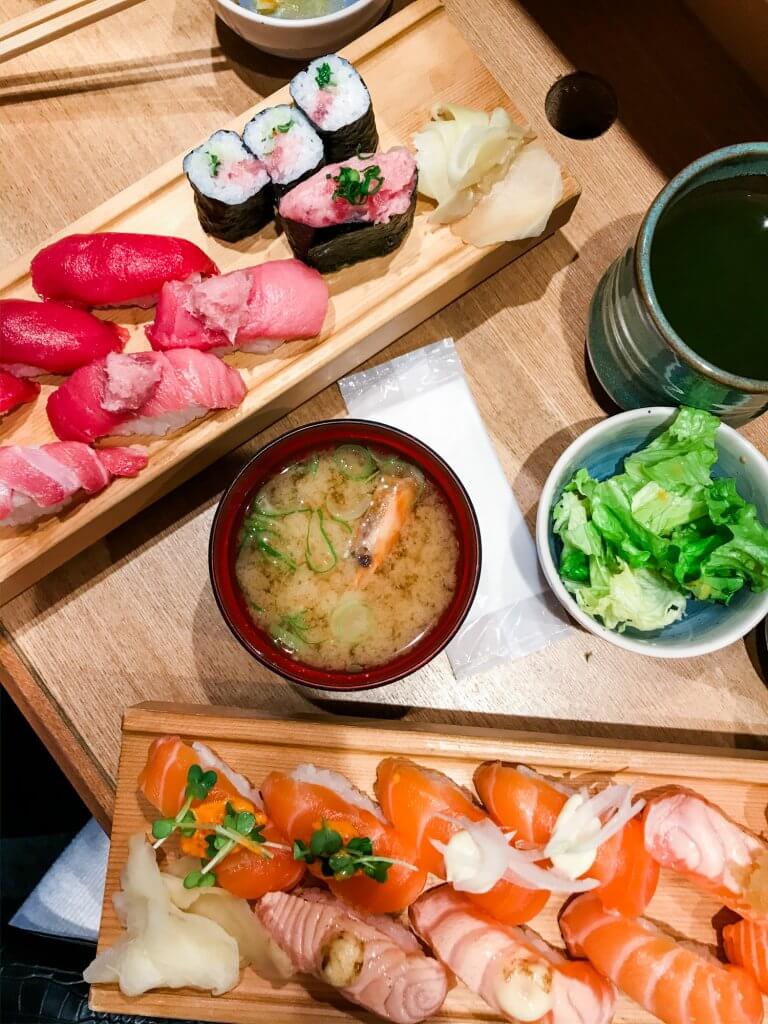 This fish market is huge, and used to be where all the restaurants got their fresh fish at auctions in the mornings. They recently moved the wholesale part of the market elsewhere, but the ‘outer market’ still remains, where you can sit in a restaurant and eat the freshest sushi around! Alex and I are HUGE sushi lovers, and to be honest it was one of the key reasons we wanted to visit Japan in the first place, and it definitely didn’t disappoint. It’s much cheaper than in the UK (as there’s so much of it!) and 100 x better too! 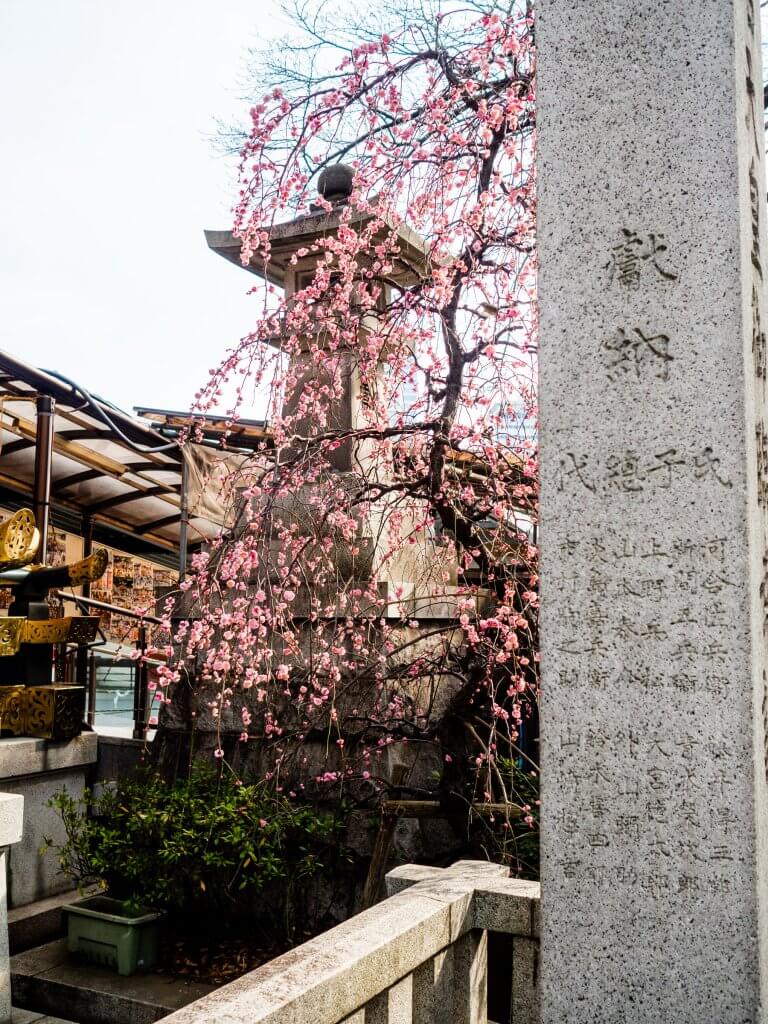 If you’re lucky enough to be visiting Tokyo between March and April, you’ll be going right when all the famous cherry blossoms are out! However, it can get super busy and expensive to travel at this time of year, but if you book just a month or so beforehand (in February, like we did), you might just get to see some plum blossoms instead while you’re there, which are equally beautiful (there’s just less of them)! 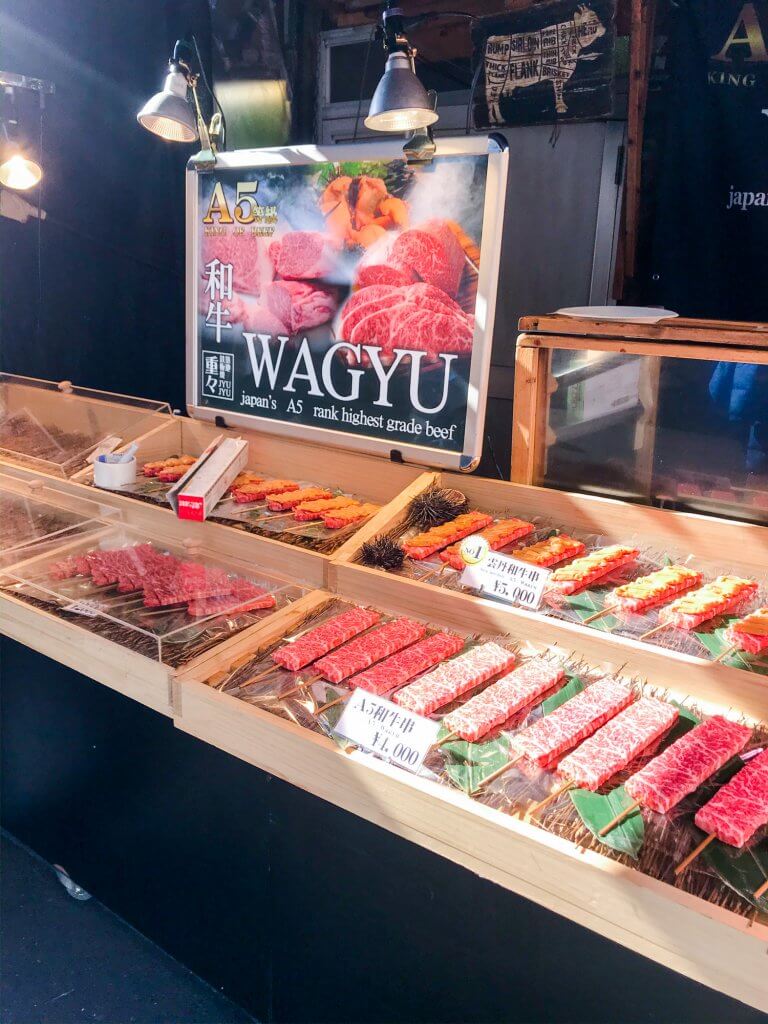 Wagyu is a type of Japanese cattle, and the beef is known for its tenderness and fat that is marbled through the meat, giving it a ‘melt in your mouth’ taste. If you love your steaks, this is definitely a must-try! I’m personally not a beef-eater at all, and while I did give it a try I wasn’t a fan of it – but it’s personal preference for sure. 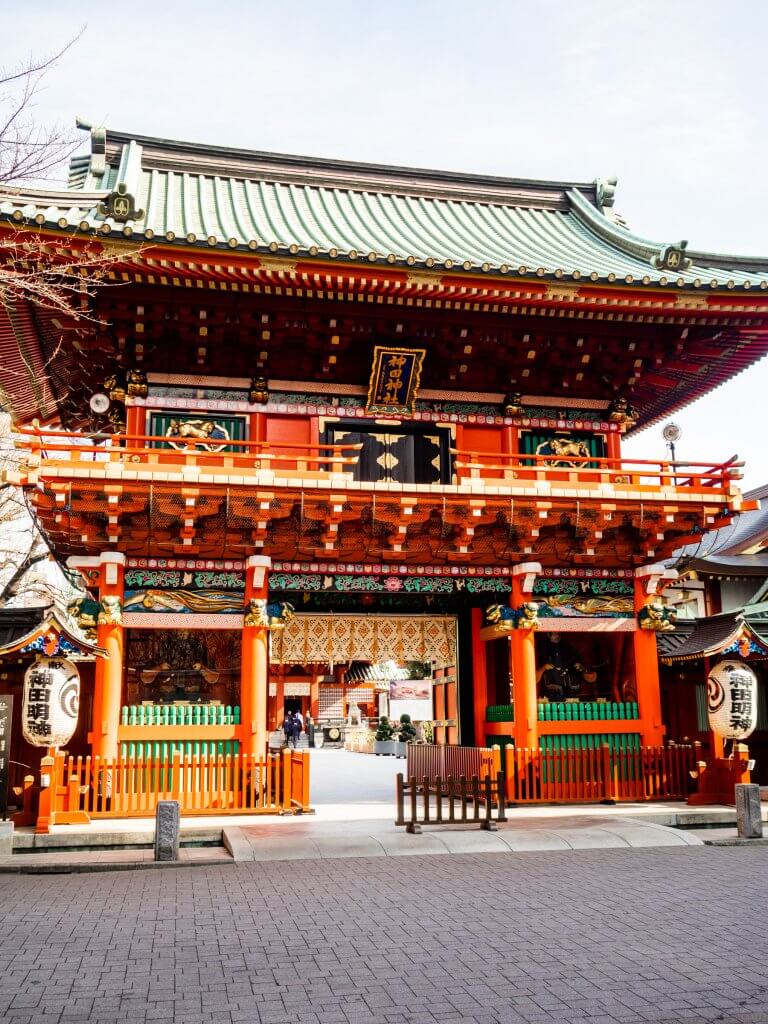 Make a wish at a Shinto shrine

In Japan, the two major religions are Shinto and Buddhism. Many Japanese people subscribe to both religions though, as they complement each other quite well. The shrines throughout Japan are dedicated to the Shinto religion, who believe in multiple different deities. When people pray or make wishes at these shrines, they do this to make their gods happy and ward off evil spirits. 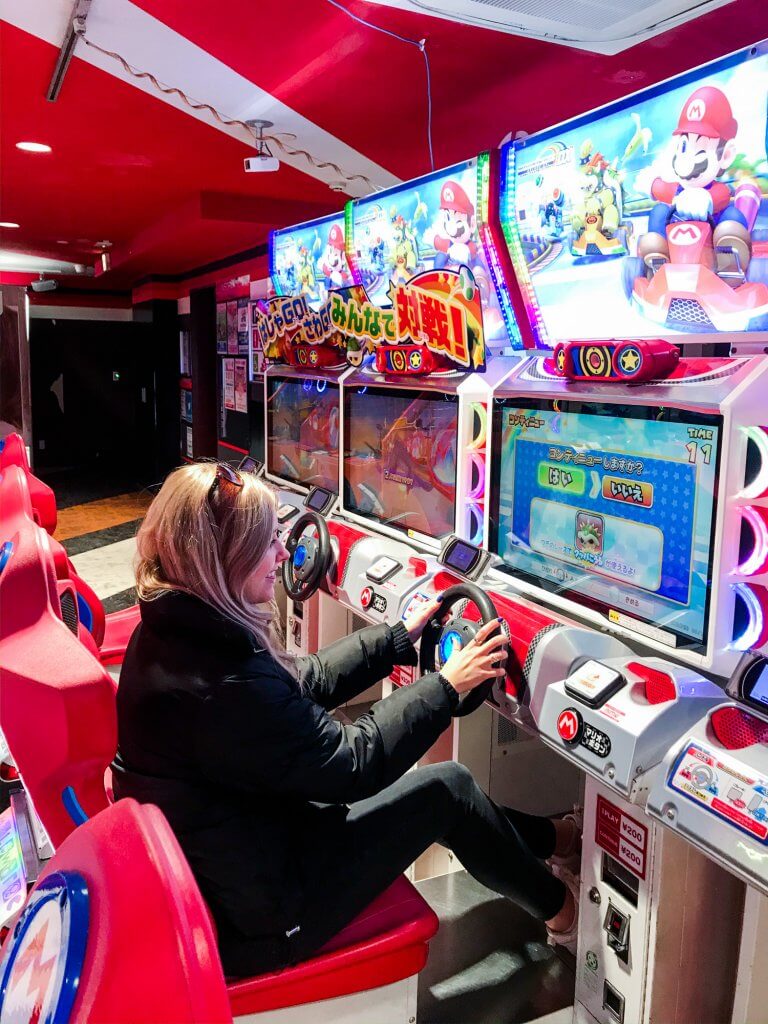 Most main streets in Tokyo will have huge arcade buildings, with floors full of different types of video games! It’s lots of fun to explore these buildings and have a go at some games that you might be more familiar with (we found MarioKart!). 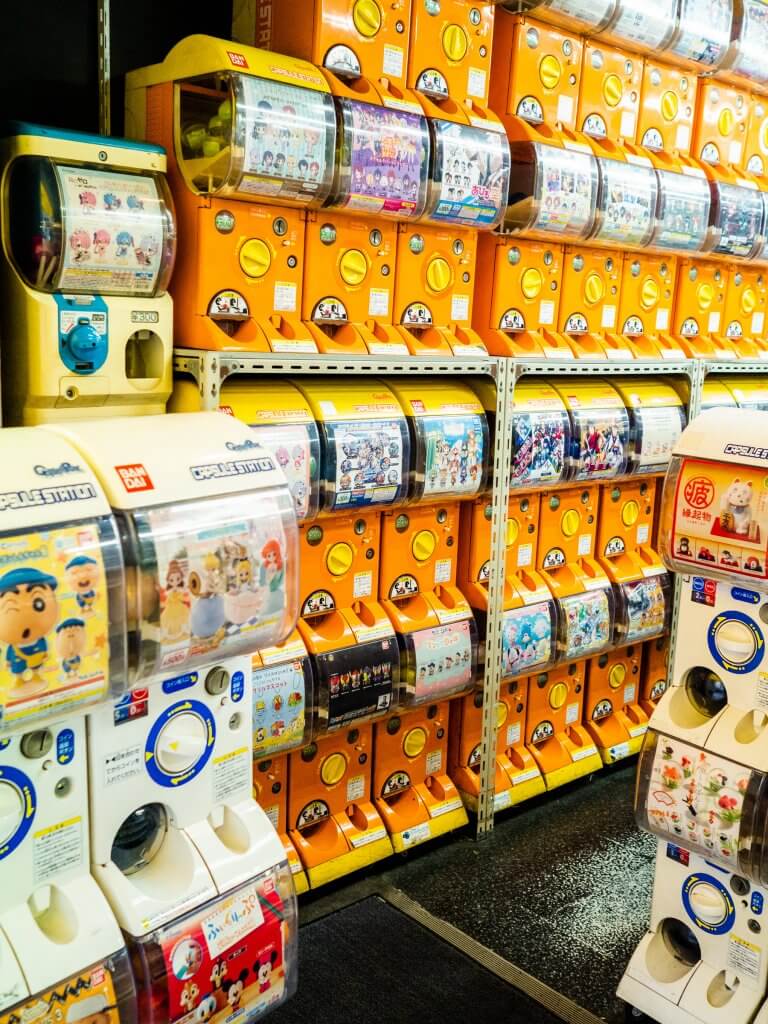 Get a capsule toy in Akihabara

These capsule toy dispensers / vending machines are called ‘gachapon’, and seem to be huge in Japan! Just put your coins in, twist the handle, and out pops some kind of toy or item. There are literally dispensers for ANYTHING you can think of, with whole shops dedicated to them with rows upon rows or different brands and toys, many of them collectors items. 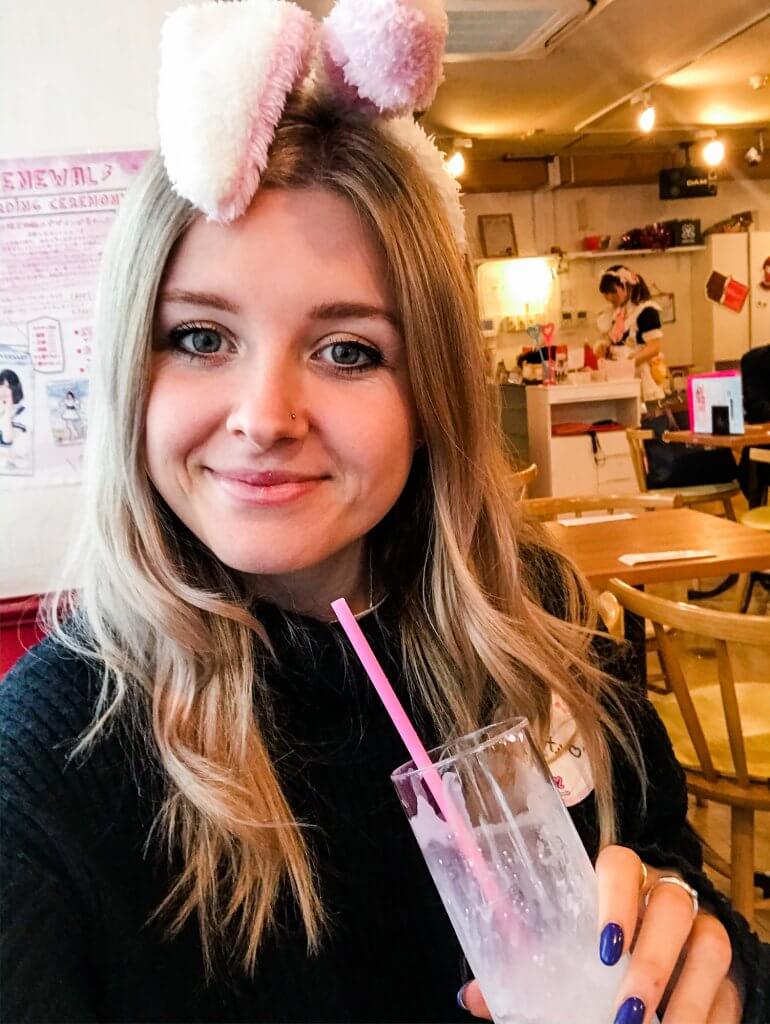 This was probably the weirdest experience of my life, I won’t lie. You’ll usually only find crazy tourists and the odd, awkward Japanese business-man (for reasons I’d rather not think about) in these weird cafes, and you’re not usually allowed to take photos or videos so it’s extremely hard to describe until you’ve been to one… 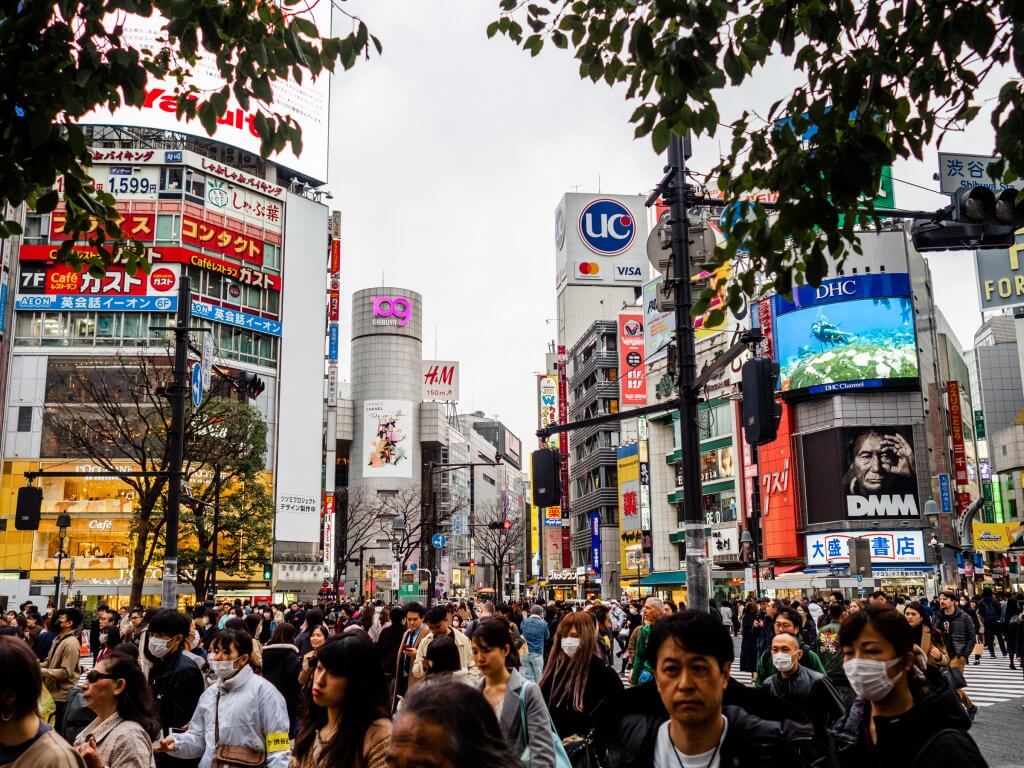 This road crossing is famous in Tokyo for it’s multi-directional zebra crossings from all different corners of the square, with up to 1000 people all waiting and then stampeding across the street once the ‘green man’ shows. It’s a pretty cool square to photograph, and lots of fun streets coming off it with plenty of shops and restaurants too. 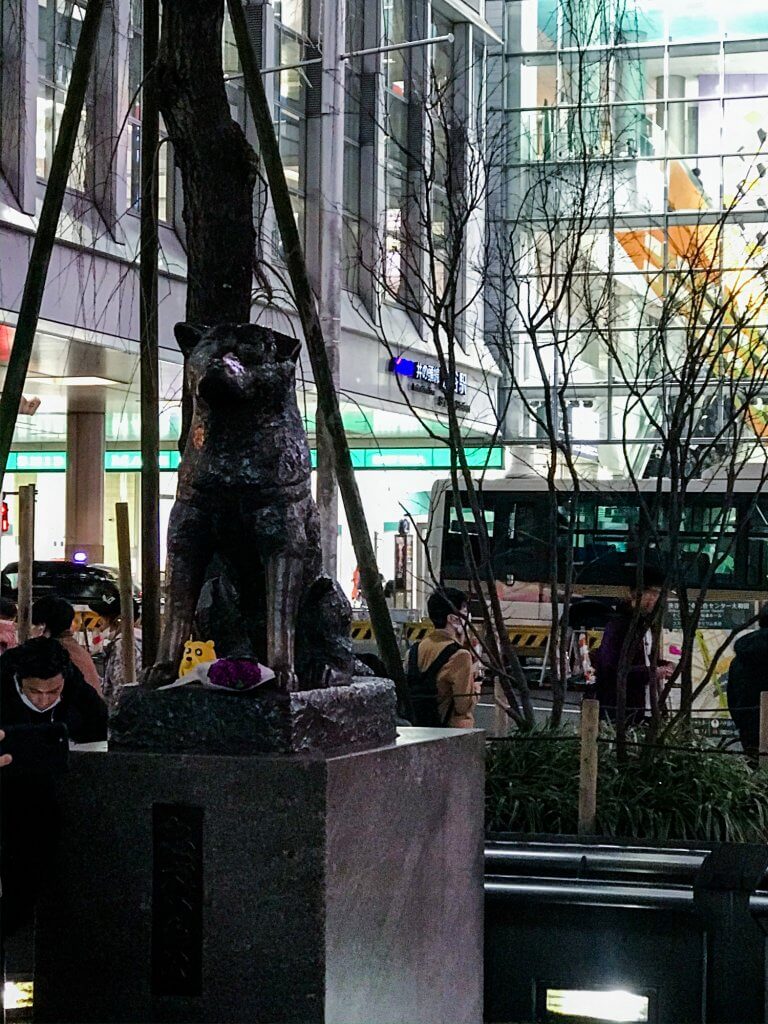 People started to notice this dog hanging around and eventually found out what happened, so Hachiko was adopted, and a statue was put in the square to remember his loyalty. Apparently there’s a Hollywood movie based on this story that you can watch on Netflix too – who knew! 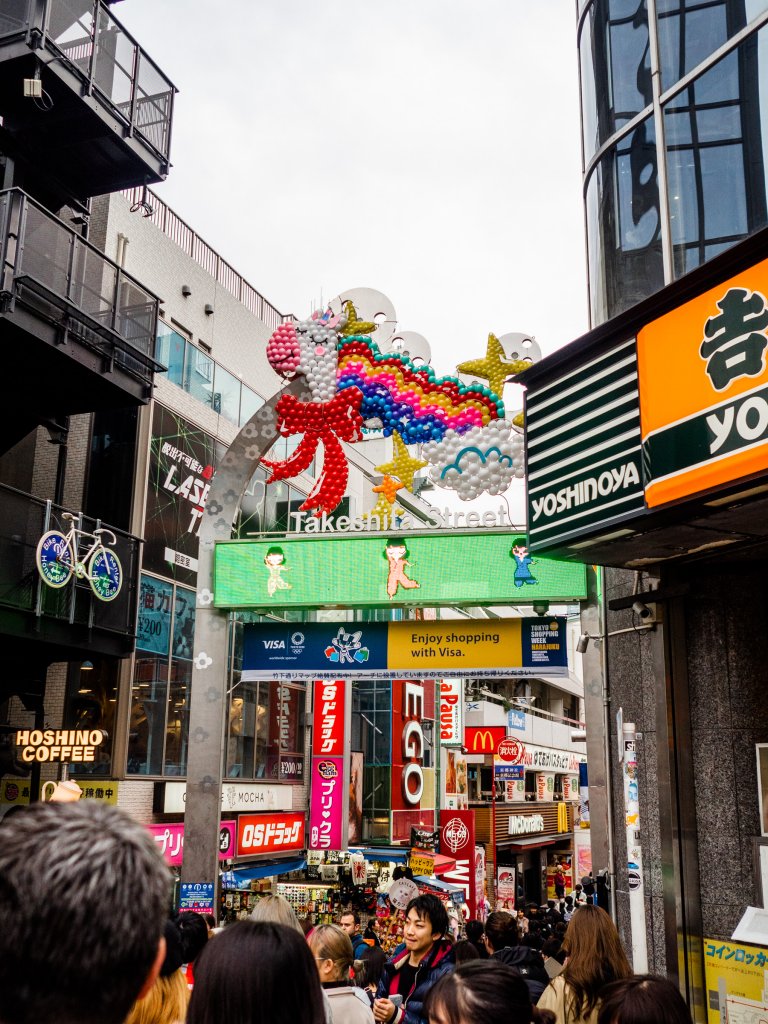 Known as one of the busiest and brightest shopping streets in Tokyo, I absolutely loved visiting Takeshita Street in the Harajuku district! This is where you get to see Japan’s youth culture and the crazy fashion styles, with shops selling all kinds of weird and wonderful things. If you look close enough, you might also stumble upon a Cat Cafe or two as well! 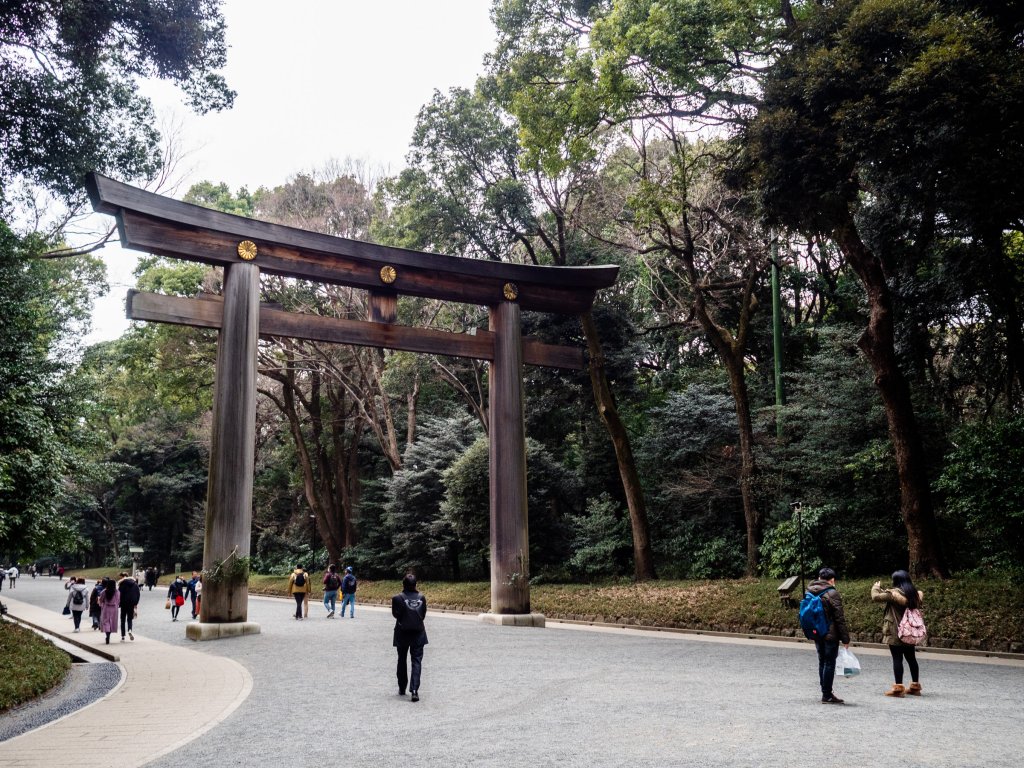 This famous shrine near Shibuya is dedicated to the spirits of Japan’s Emperor Meiji, who reined between the mid 1800s until the early 1900s. Emperor Meiji is well known for having facilitated rapid modernisation and huge societal changes throughout Japan during this period, taking the country from being at risk of colonisation from the West, to becoming a powerful, modern nation it its own right.

The shrine is huge and very beautiful, as in Shinto religion humans can become gods/spirits after they die too, so it’s believed that Meiji’s spirit is encapsulated here at the shrine. 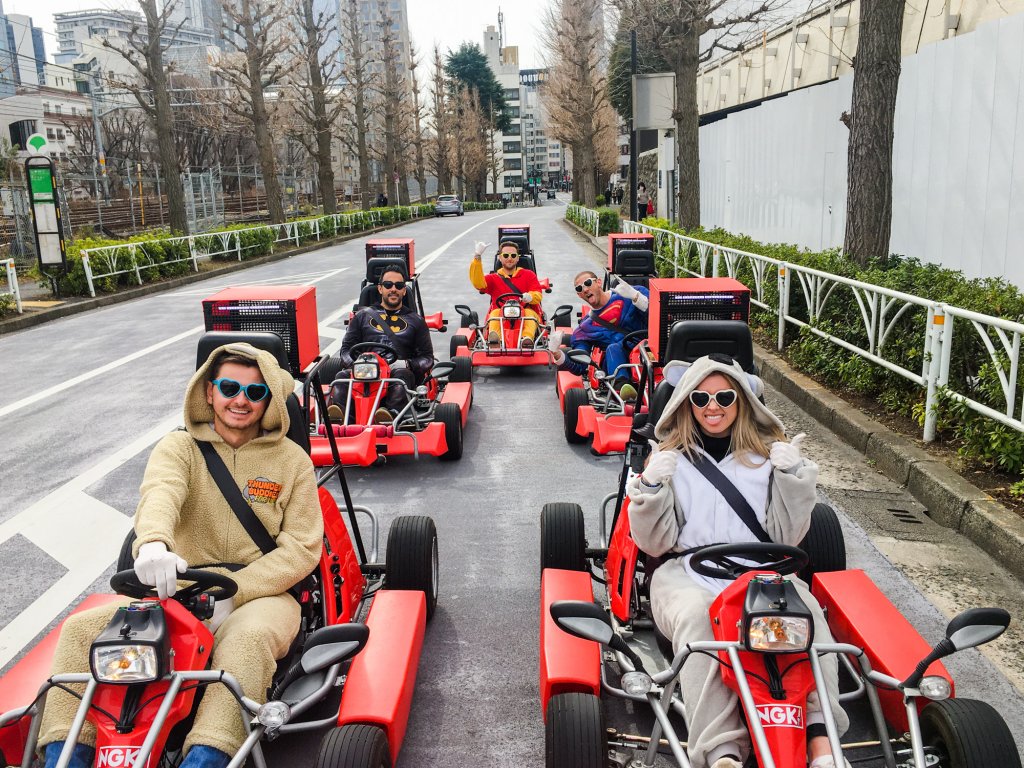 Go kart through the city!

This was one of the best experiences Alex and I have ever done! You basically go on an hour long tour of central Tokyo via go karts, dressed as your favourite super-hero or cartoon character (except anything Mario-related… thanks to a copyright lawsuit  🙈), literally amongst the city cars and traffic as a group.

Luckily, the traffic in Tokyo is pretty relaxed in comparison to pretty much every other city – they seem to be very polite drivers and it’s no where near as chaotic as London or Paris. If it was there’s no way this would be a thing… it had just the right amount of danger that it was extremely fun and exhilarating, whilst I was only like 5% scared for my life! 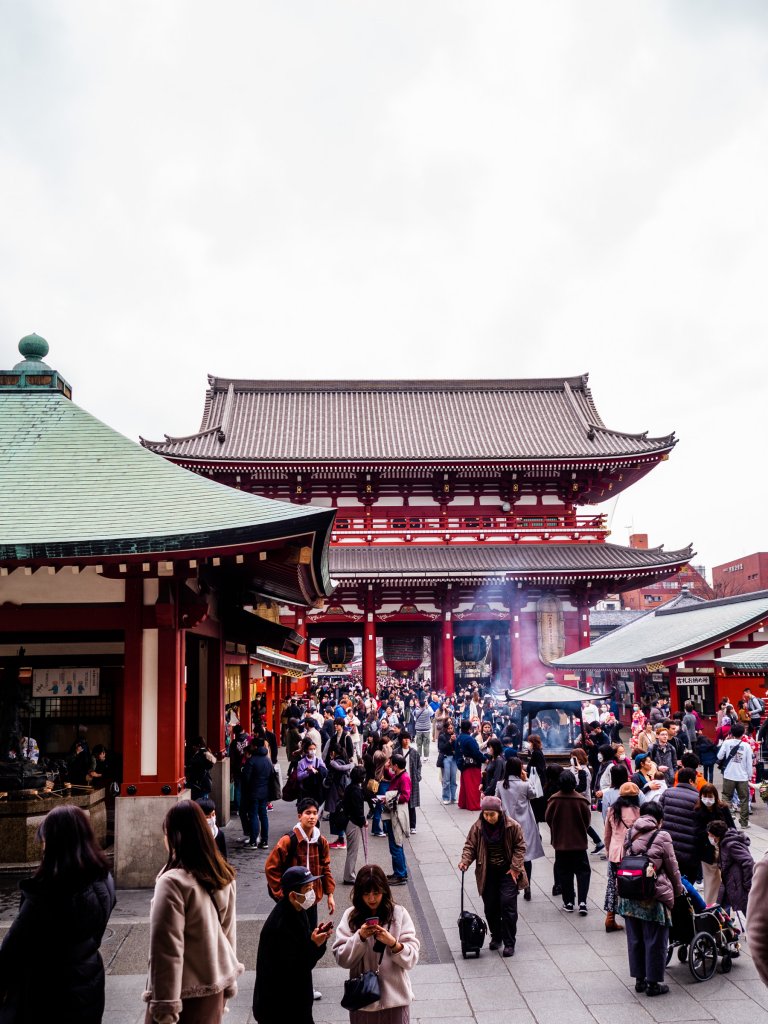 Senso-ji is probably Tokyo’s most well known Buddhist temple, as it’s also the oldest. It’s pretty big but it’s also one of the busiest spots we visited, so worth getting there early to get a good photo! There’s a whole street full of markets selling trinkets and souvenirs as you walk down too. 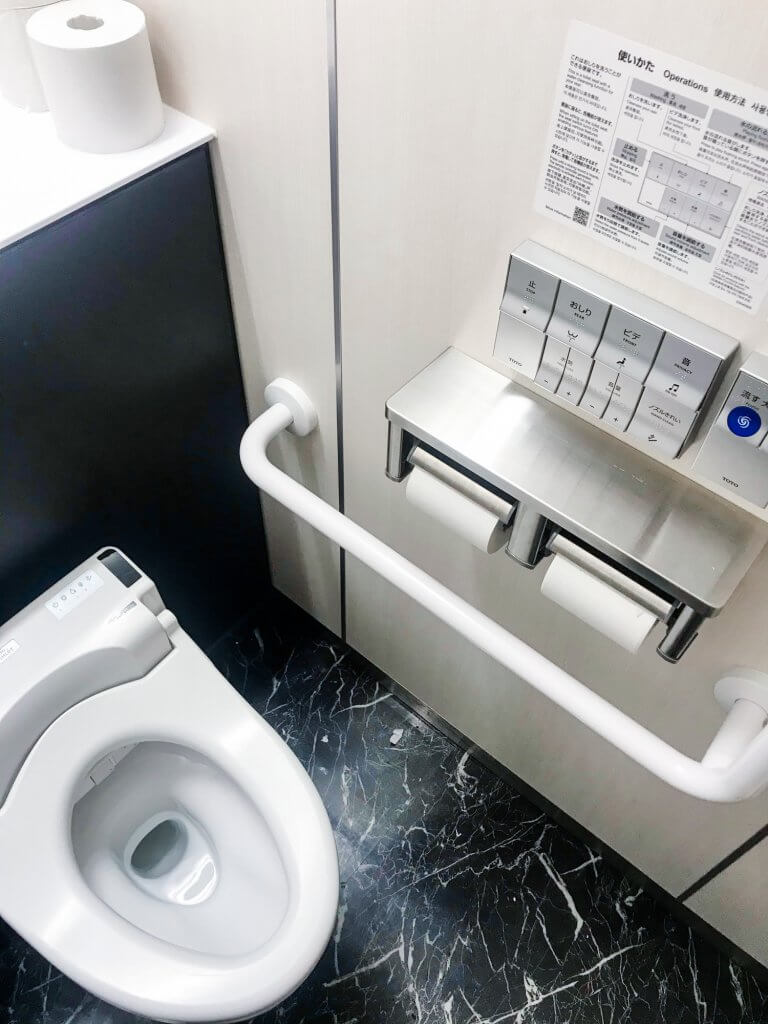 Have your bum washed by a Toto toilet

Pretty much every single toilet in Japan (including public toilets and in restaurants etc.) are ‘Toto’ toilets – a brand that manufactures toilets that come with seat warmers, privacy sound effects, automated flushing, PLUS water spray and cleaning options to give you a sparkling clean bum!

Some people find them weird, I personally think they’re great! When are Toto coming to the UK, please? 😂 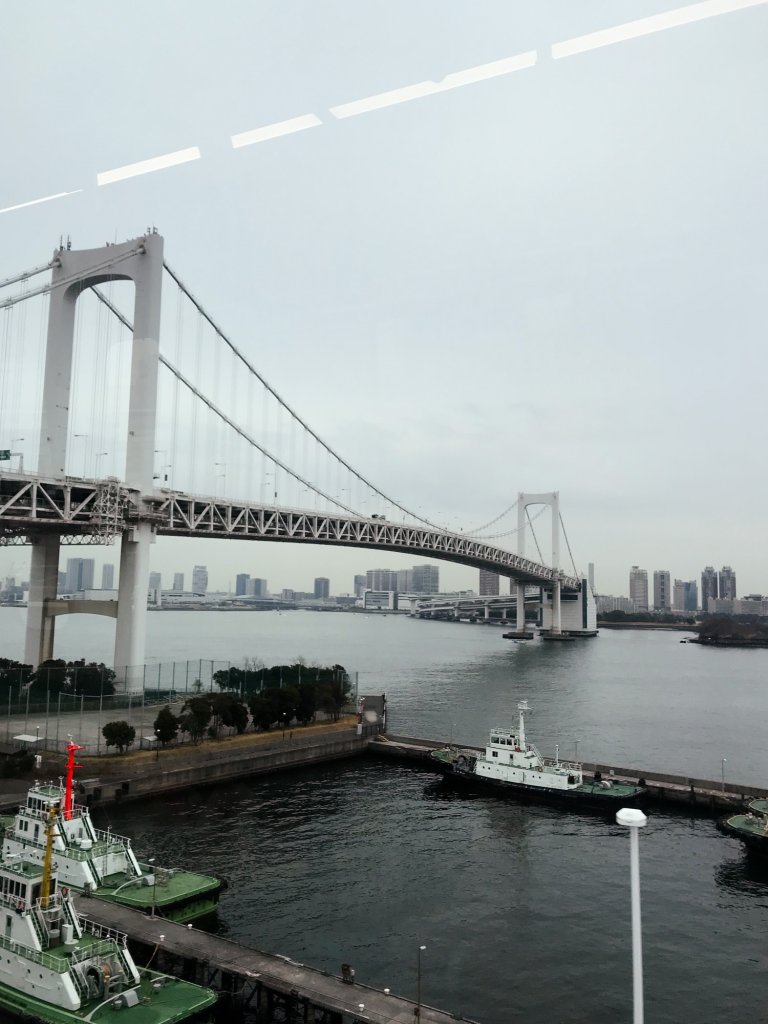 The large highway suspension bridge that connects the city is also known as Rainbow Bridge – and you may wonder why when looking at the photo above. However, at certain times of night, the towers are illuminated in multi coloured lights, giving a beautiful rainbow effect! Unfortunately we didn’t catch it ourselves but I wish we had. 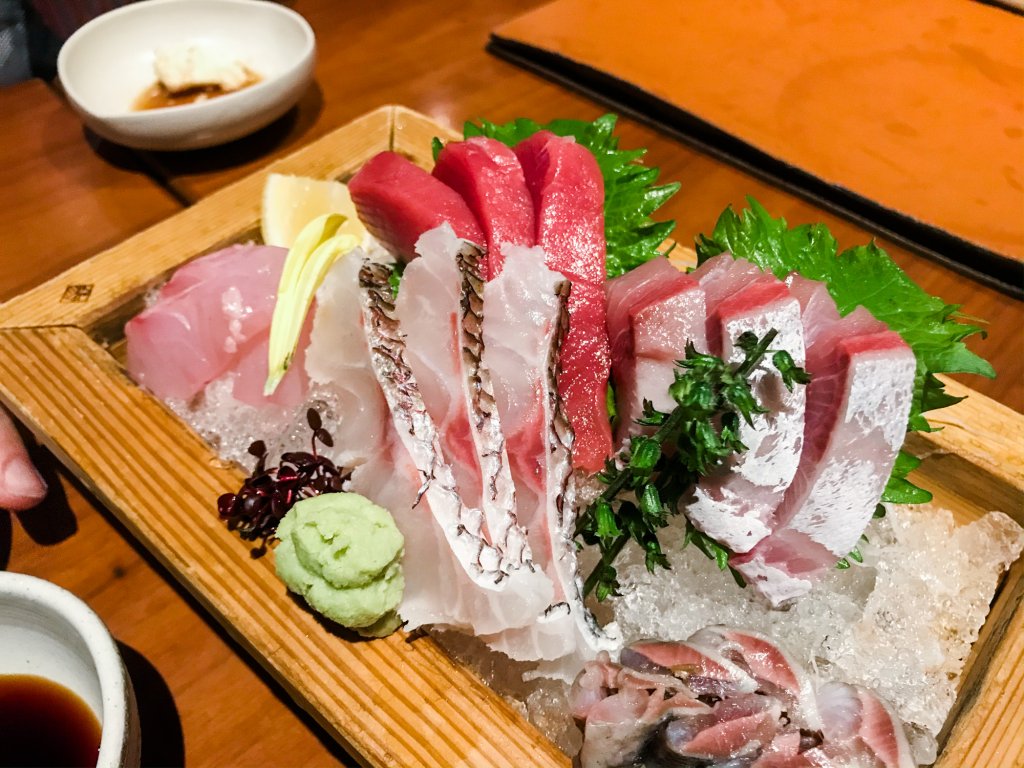 If you’re in Tokyo, you have to try some super fresh sashimi! Delicious! Plus, the best way to experience the food in this city has to be in a proper Japanese restaurant (where you remove your shoes upon entering) sat at a horigotatsu where the table is lowered into the floor so you’re sat in a traditional low down position. 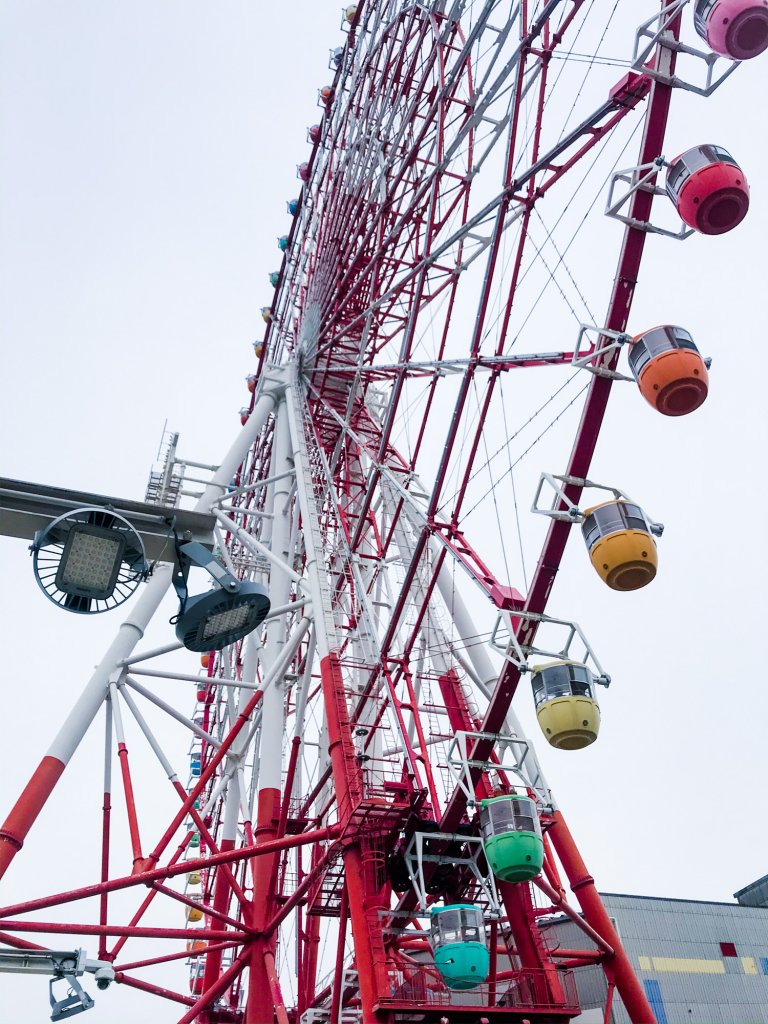 Ride on the Giant Skywheel

We didn’t actually do this but it’s said you can get great views of the city from here! We were in the Odaiba district anyway for the teamLab museum (mentioned below), so walked past it to get a good view of its colourful pods. 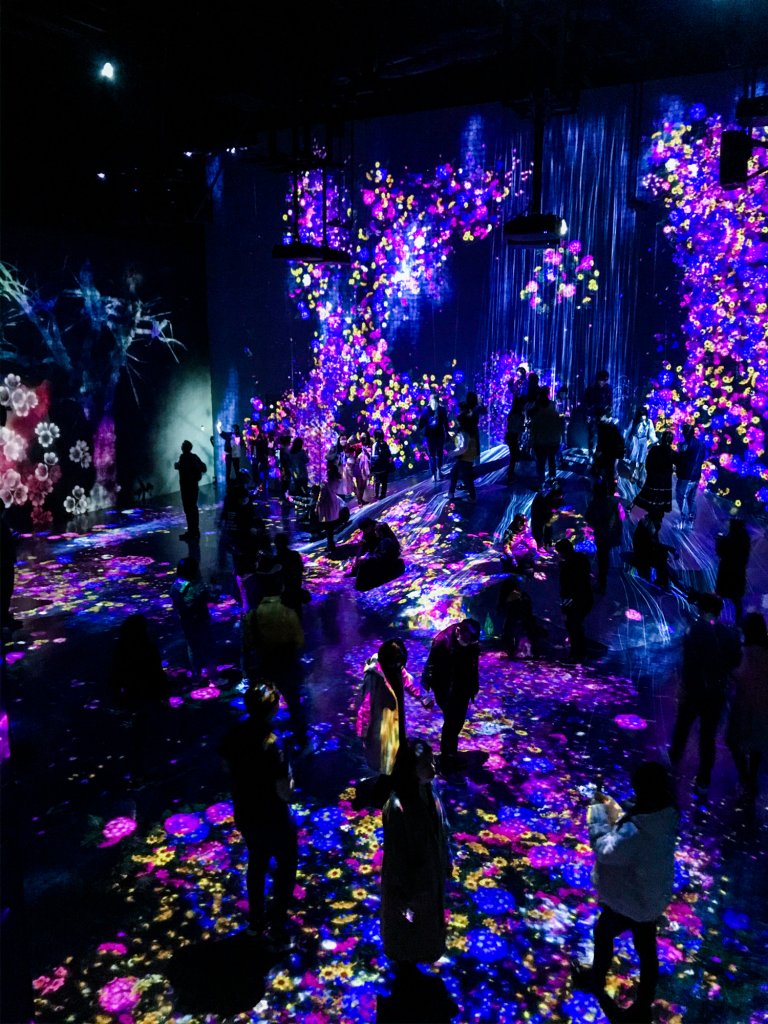 Neither Alex nor I are particularly ‘museum’ or ‘art’ people, but this was something totally unexpected! This exhibition is all based around using light and art to create interactive rooms and cool areas to explore… really hard to explain until you see it but a very cool and unique experience for anyone interested in awesome digital/tech stuff! 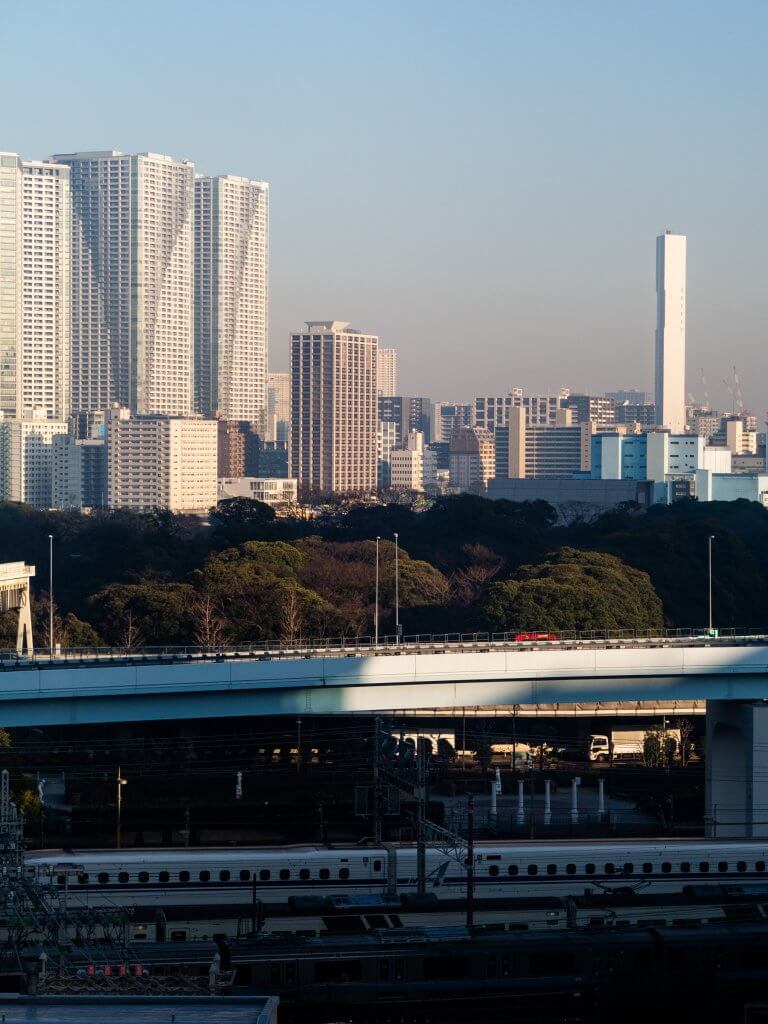 Ride on a Shinkansen (bullet train)

We took a Shinkansen (bullet train) from Tokyo to Odawara/Hakone, and again from Odawara to Kyoto and Kyoto to Osaka, and it was pretty cool! The can reach speeds of up to 300km/ph, which has you whirring down the coastline and getting to everywhere you need in a fraction of the time of a normal train.

Honestly we need one of these from Cornwall to London… it would turn a 5 hour journey into less than 2 hours easily! 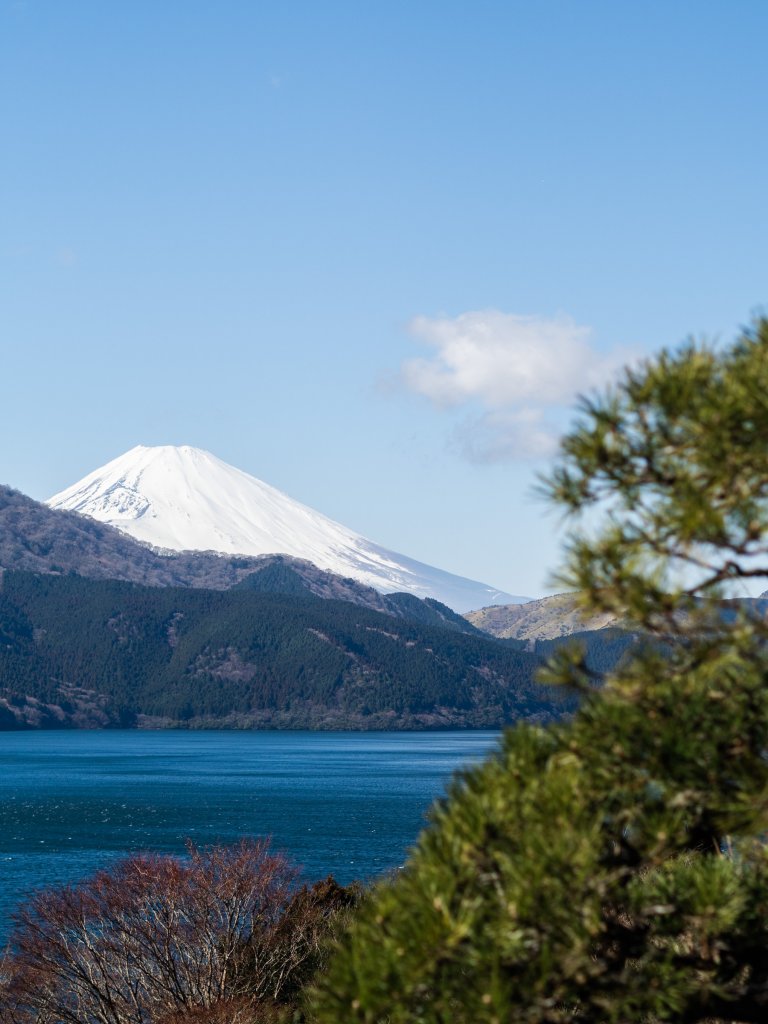 After visiting Tokyo, we went on to stay for 2 nights in the Hakone national park, but it’s only 15 minutes by train (then 20 minutes by bus/train to get into the national park) so perfect for a day trip if you’re only staying in Tokyo during your trip!

It’s a beautiful area with mountains/volcanoes and a large lake, and you can even see Mount Fuji on a clear day too. 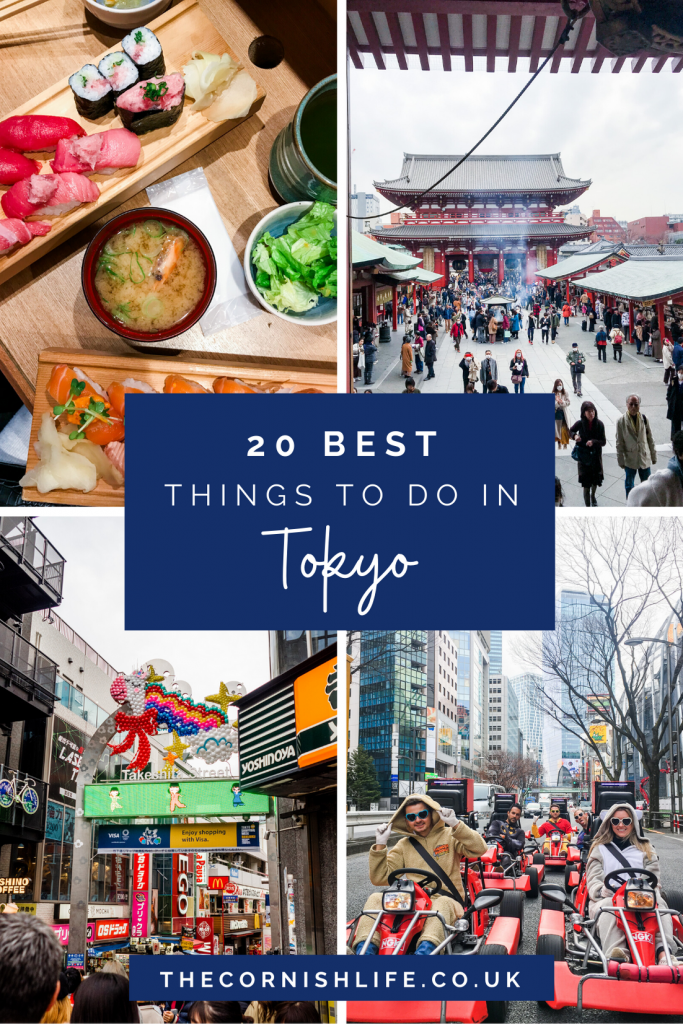 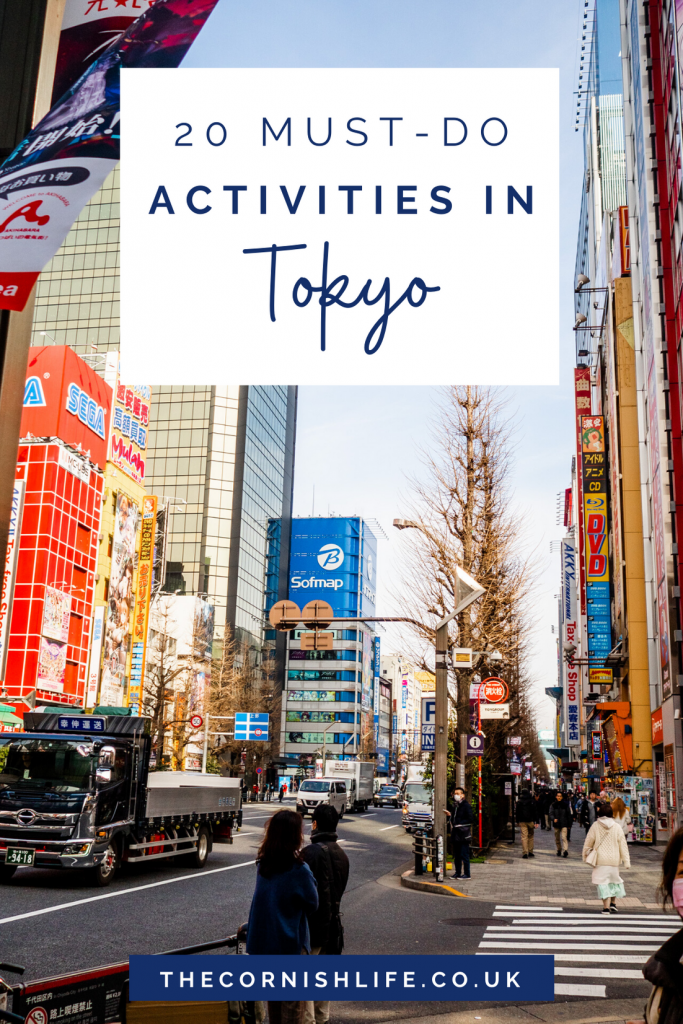 Rediscovering Truro City as a Local in Cornwall 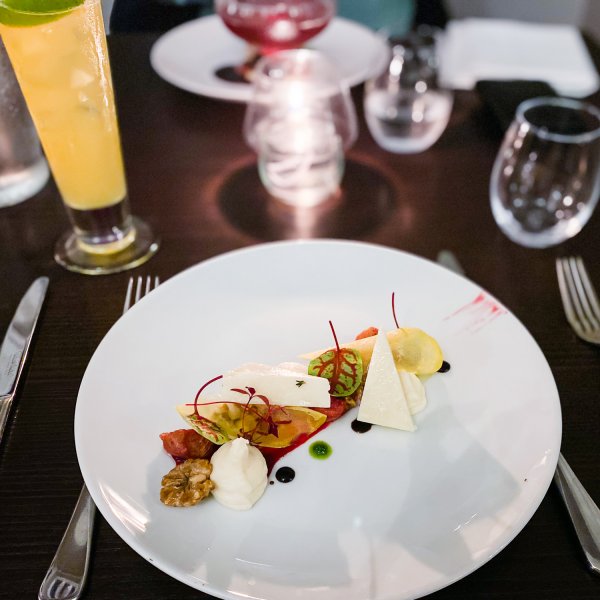