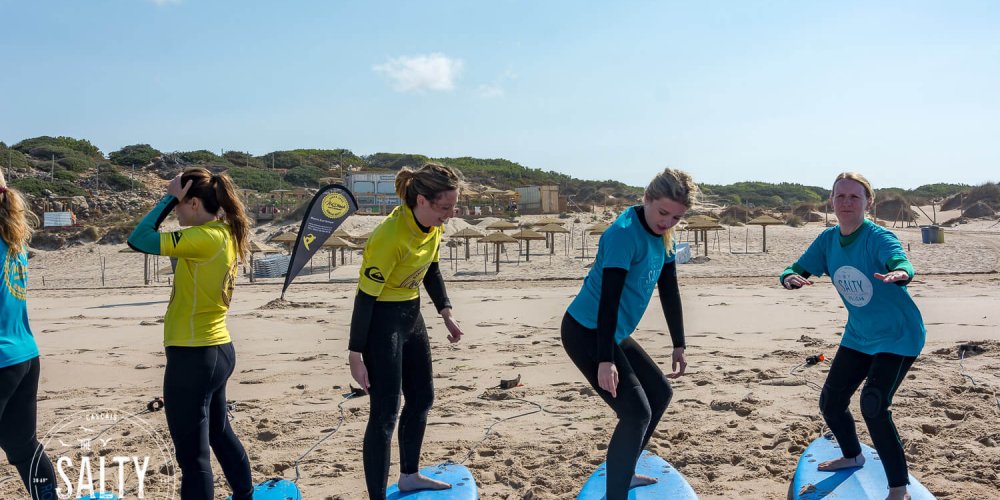 No posts for 2 weeks must mean only one thing – I’ve been away on holiday!

Usually I’d try to schedule some posts to go up, but I ended up not having time so apologies it’s been so quiet around here in September.

Anyway, I’m back now, after a 10 day trip over to Portugal for some yoga, surfing, exploring (and a little bit of partying, of course!). I flew out from Bristol, landing in Lisbon and getting the train to the coastal town of Cascais, 60 minutes west of the city. 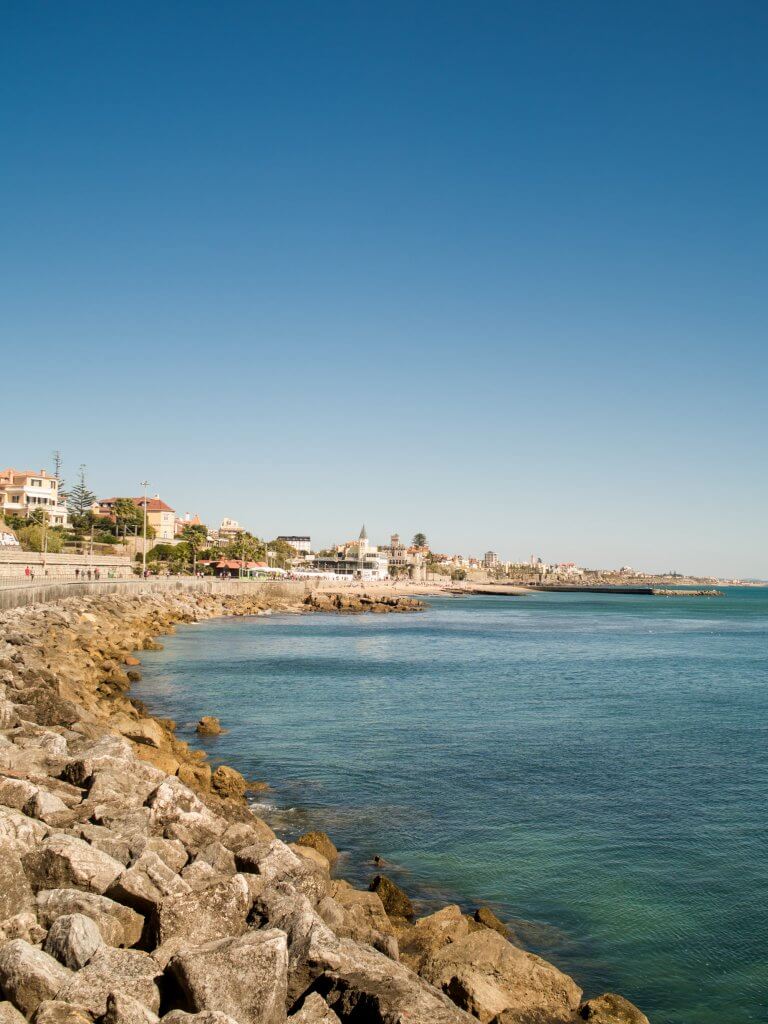 I was spending a week at the Salty Pelican; Portugal’s #1 best rated yoga & surf retreat. The plan was to spend a week chilling out and improving my surf skills so that I could build my confidence to go out in the waves in Cornwall more often (all this after catching the surfing bug from my day with Corinne’s Surf Tour early this Summer!). 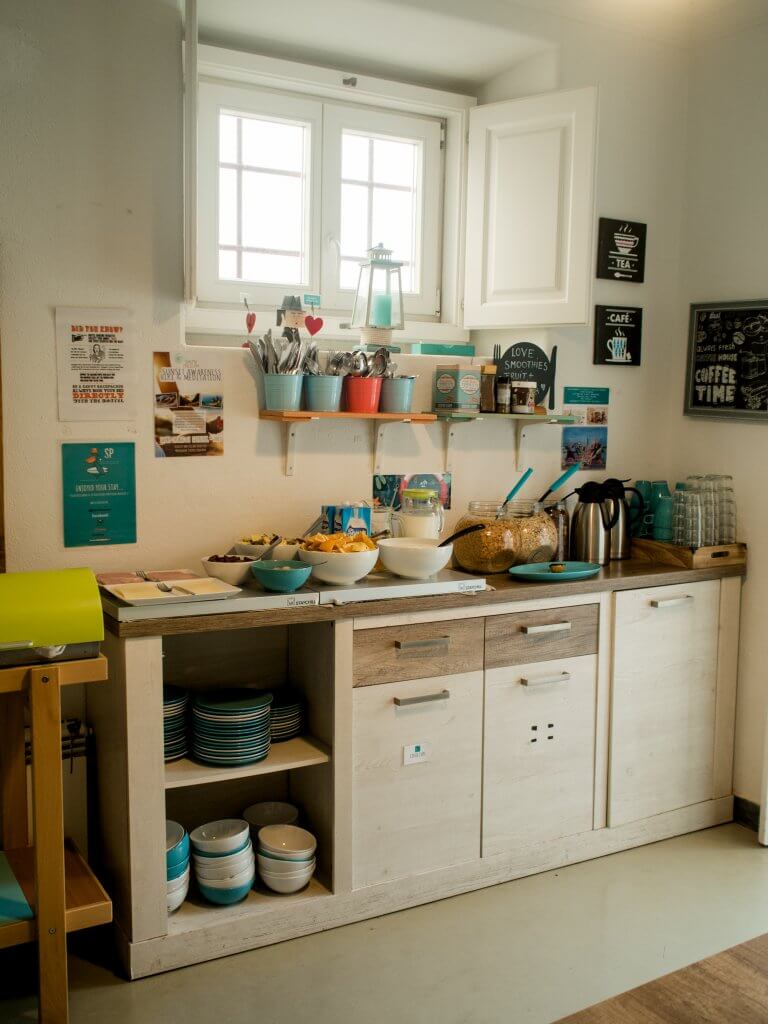 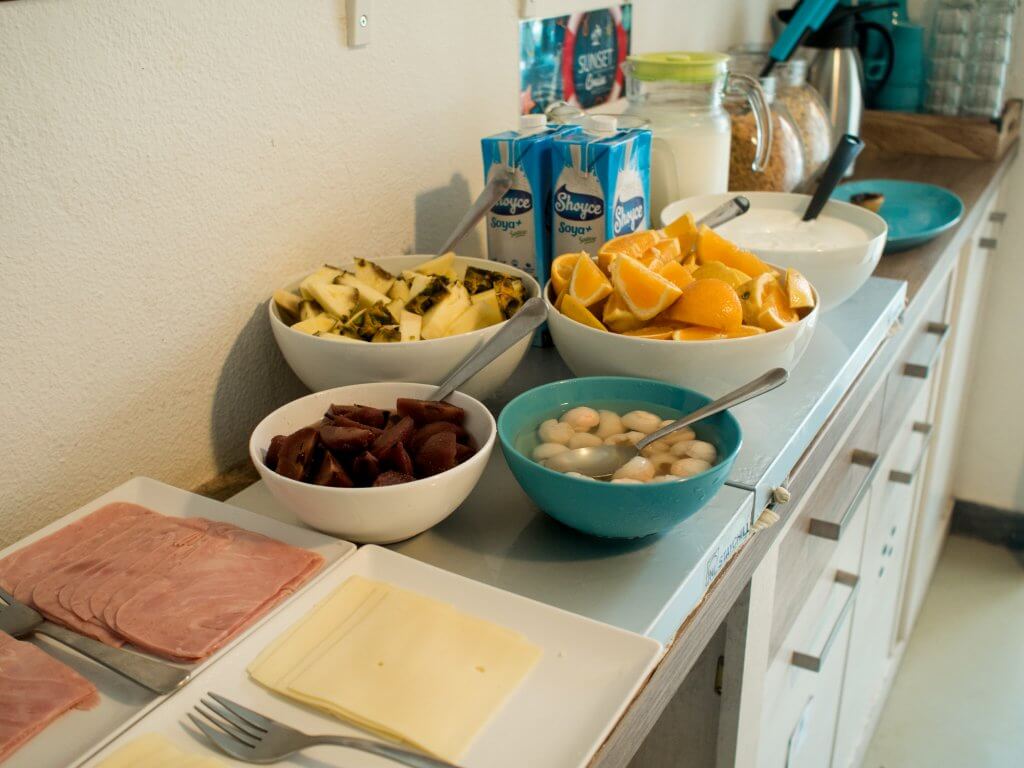 The newly renovated hostel is a beautiful old townhouse in the area of Estoril, just a 15 minute walk from the centre of Cascais. Hosting up to 40 people at a time in dorms of between two to six people, it has a well-equipped kitchen, cosy lounge/dining area and a great outdoor seating area & garden, where I ended up spending most of my time lounging around in the sunshine. 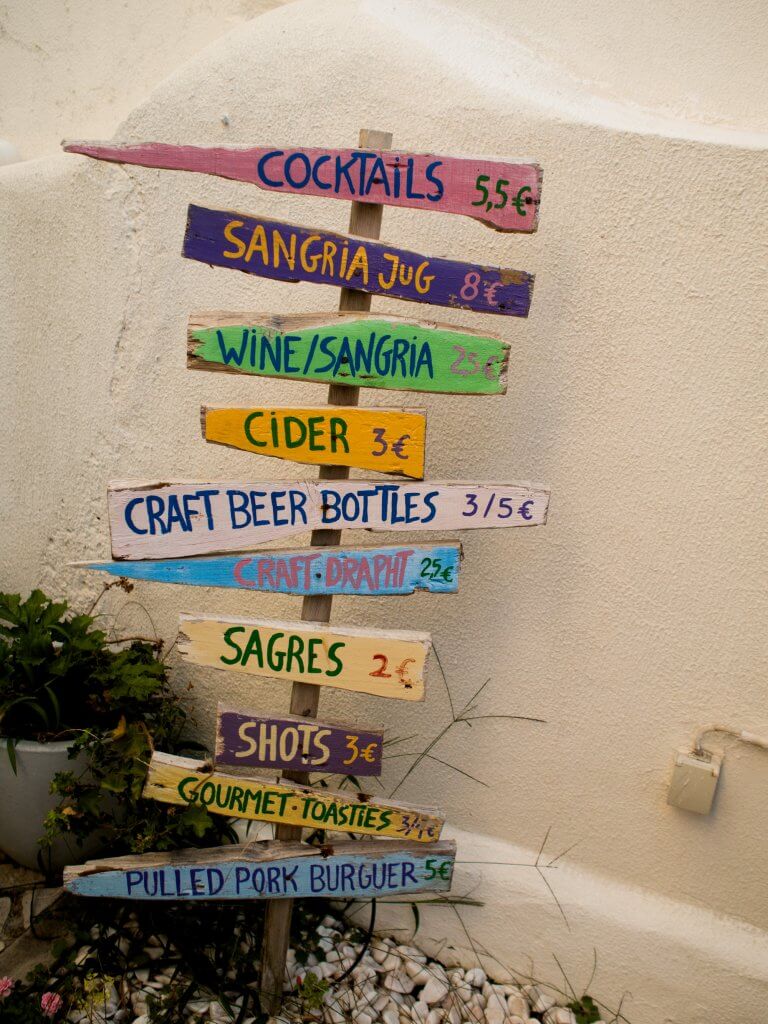 We had fresh breakfast with fruit, bread and pastries every morning, and (as well as the surfing/yoga/SUP activities), there was always something going on in the evenings, which was a great way to get chatting to people and make friends. I joined in on BBQ nights and a pizza evening, but there was also a tapas night and Thursday evening’s meditation hike & picnic too. 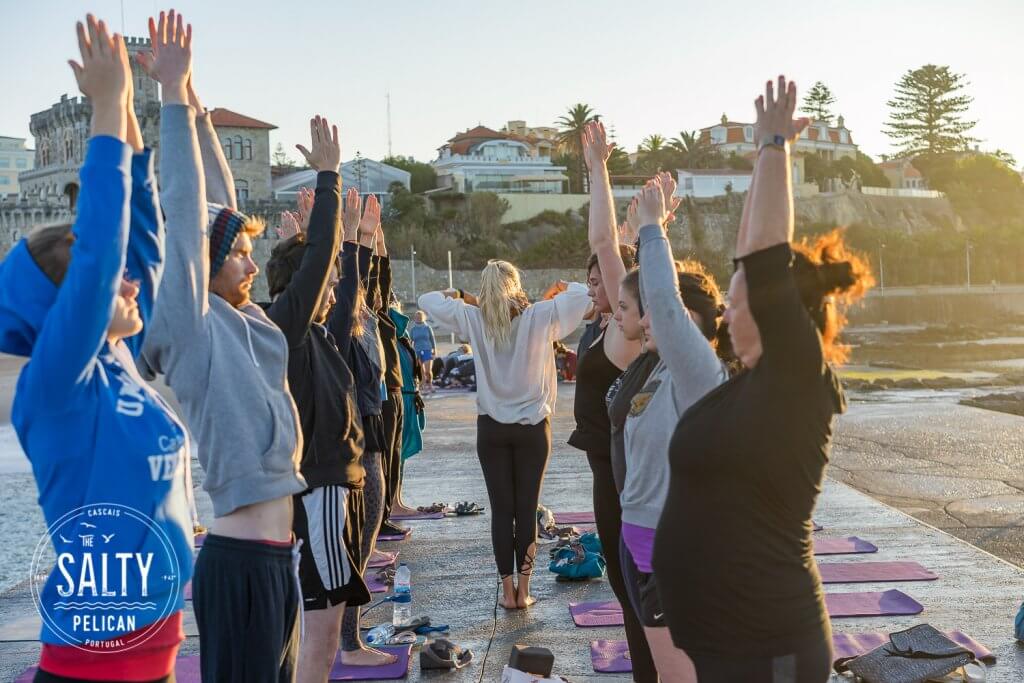 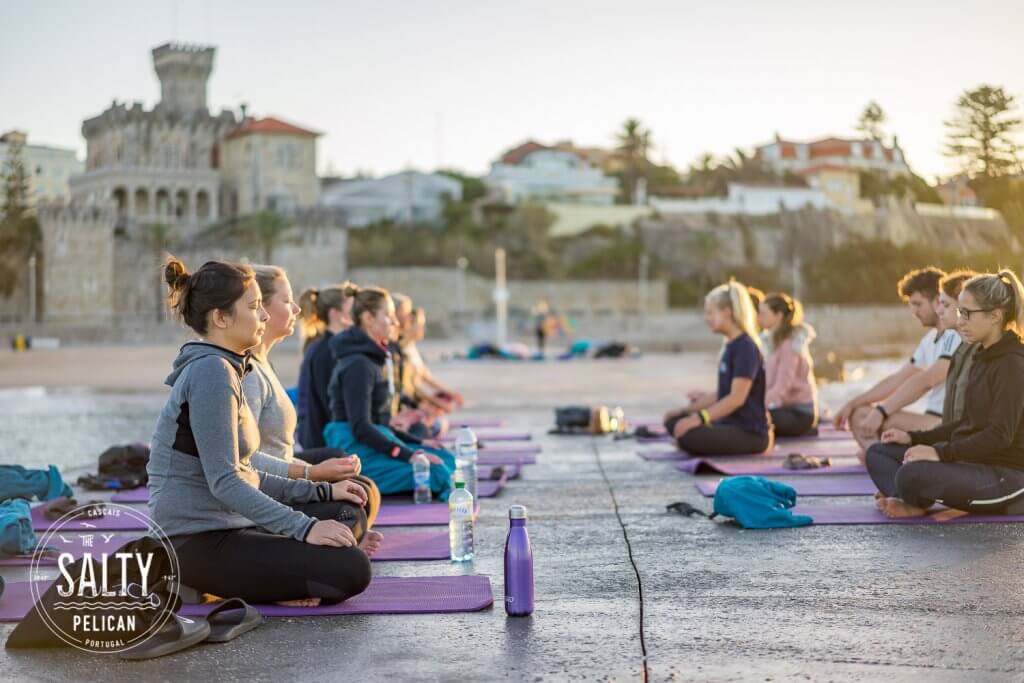 Each day, the yoga group left at 7am to walk down to the beach where we would do ‘yang’ yoga to wake our bodies up and enjoy the sunrise over the ocean. There was also another yoga session (this time ‘yin’ yoga) in the afternoons around 4:30pm, getting into relaxation mode in the local park under the warm sun. I actually only ended up going a couple of times because I was so tired from surfing or ended up wanting to explore around instead! 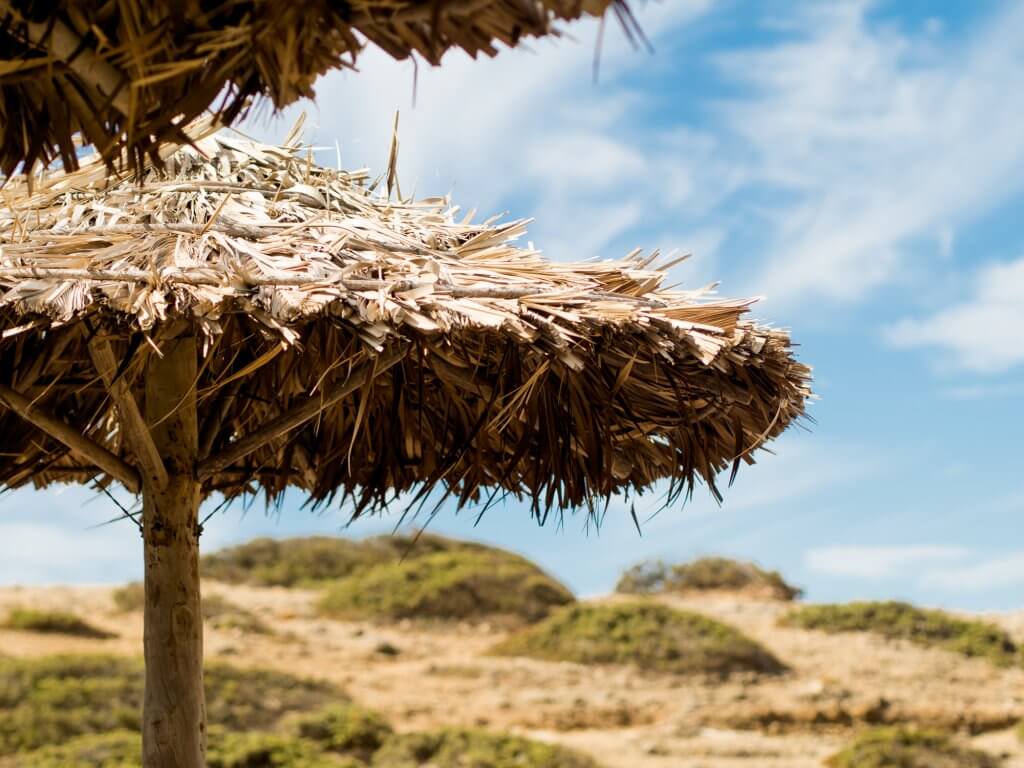 Meanwhile, each day at 10am the surf van would come and pick us up to take us to Praia do Guincho – a beach famous in Portugal for its sweeping sandy dunes and great surf. 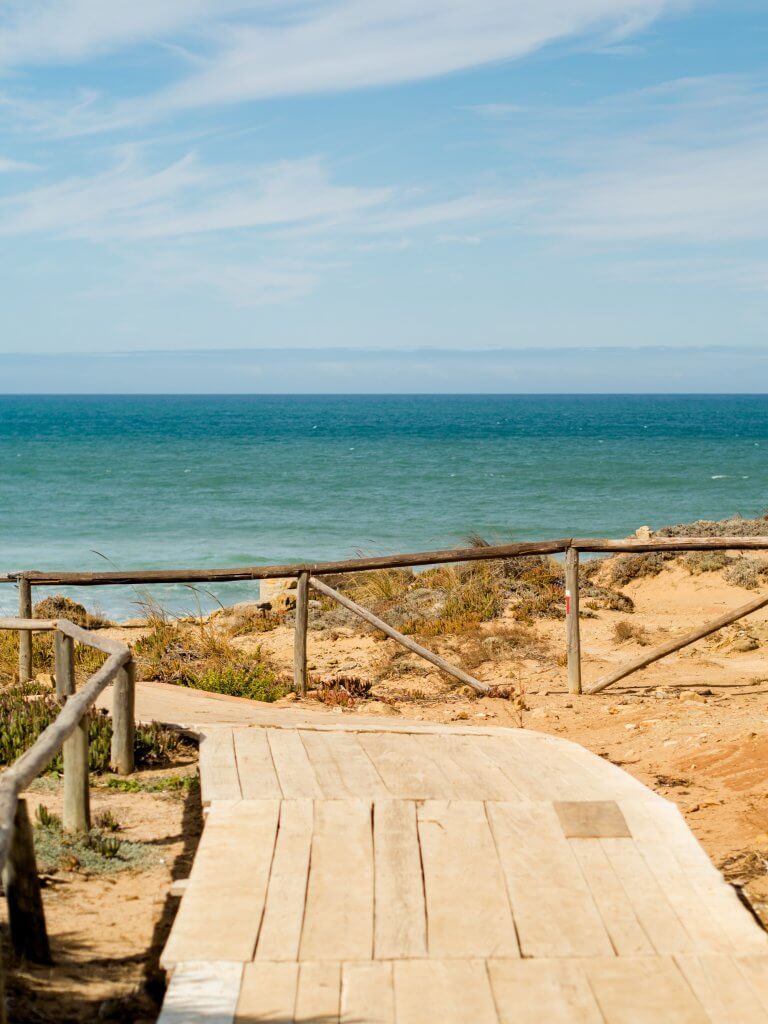 Unfortunately for the first couple of days I was there, it was incredibly windy and rough in the sea (on the first day, our surf trip was almost cancelled because it was so choppy!), so we were thrown straight into the deep end with the waves. 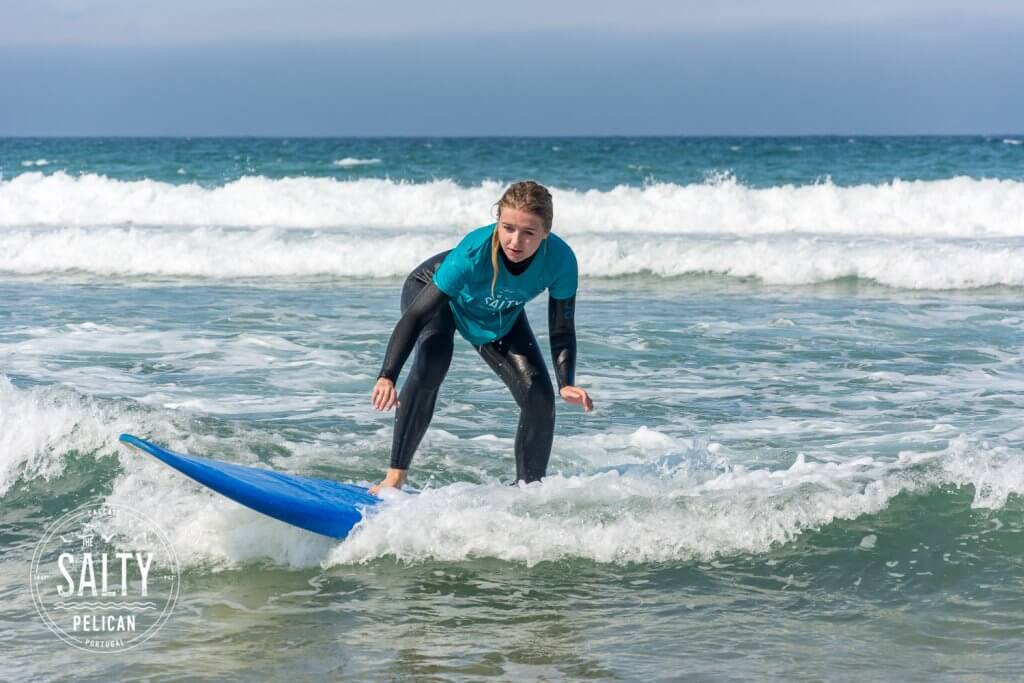 ^ Not the most flattering photo of me but proof that I did it at least :)

However, the instructors from Moana Surf School were great and helped us all (most of us total beginners!) to struggle through, and by the end of the week I definitely saw an improvement in my ability to stand on the board longer without falling off! Now just to work on my paddling… 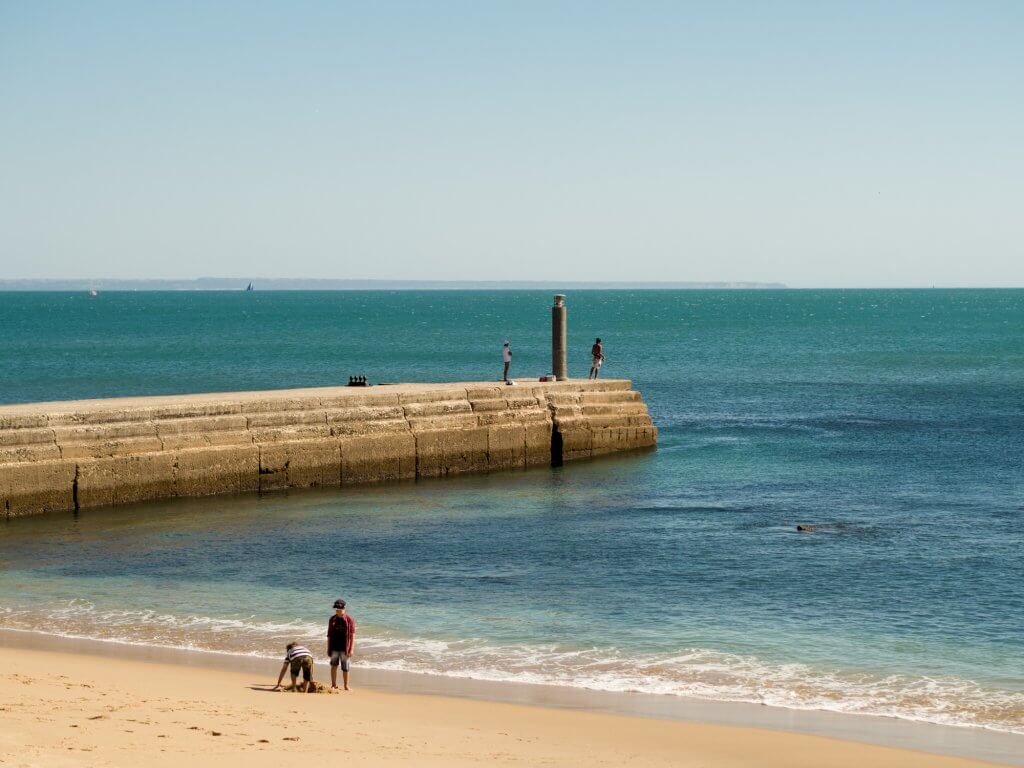 I had a brilliant time during the week and made loads of great friends. In the evenings we’d all sit in the hostel playing games with some wine, or head into town to the Irish Bar for some drinks and dancing! While I was out there it was actually my birthday as well, and everyone definitely went out of their way to make it special for me (there on my own!), shouting the happy birthday song at really awkward moments and buying me probably one too many beers… 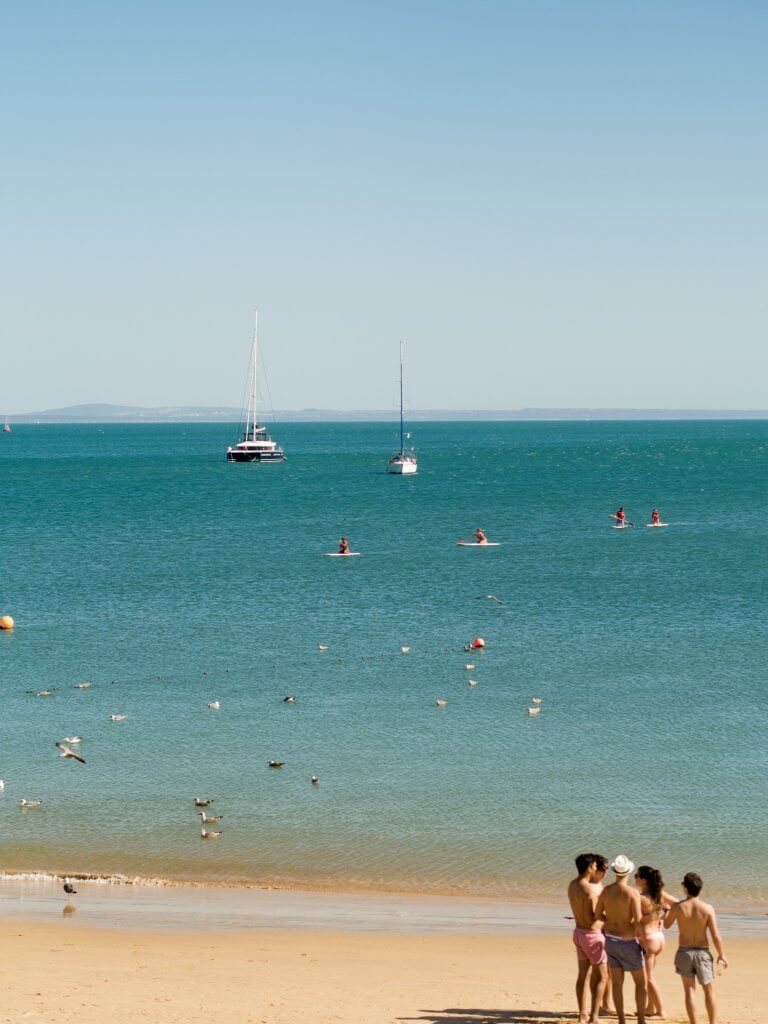 If you’re keen to improve your surf skills or just want a week of chilling out by the sea with some yoga and awesome people thrown in, I’d totally recommend this place, and I can see myself returning in the near future too – maybe next time to try out their Stand Up Paddleboarding package instead!

Head to the Salty Pelican website for more info if you’re interested! (PS. I’m not sponsored to write all this – I just genuinely had a great time.)