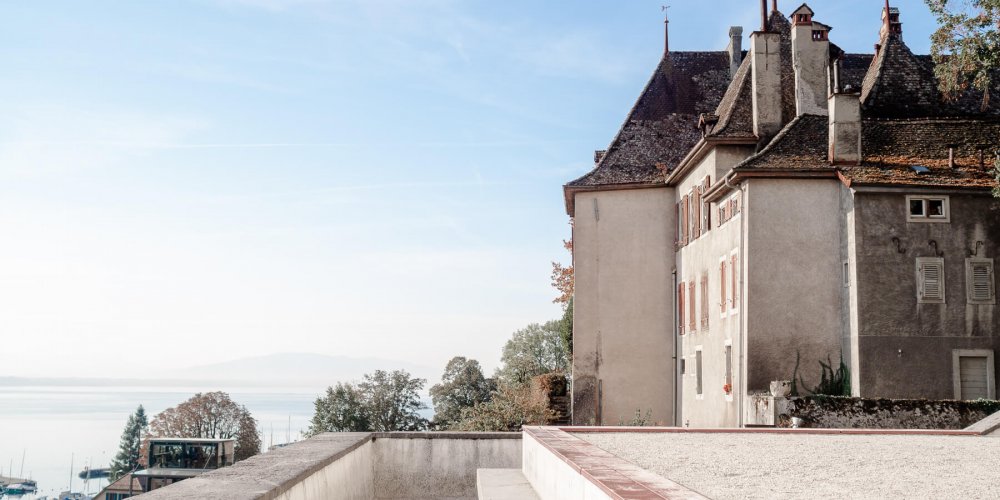 I’ve just come back from a trip to Olivia’s hometown of Geneva with her!

I’ve been wanting to visit Switzerland ever since Olivia and I became friends 3 years ago, as I’ve seen her photos of home and she has told me so much about this beautiful country. We’d been speaking about me going home with her to stay with her family in Geneva for a while, and we finally booked our trip a few months back – thanks to super cheap air-fares from Bristol (seriously, I got a return flight for less than £50!). 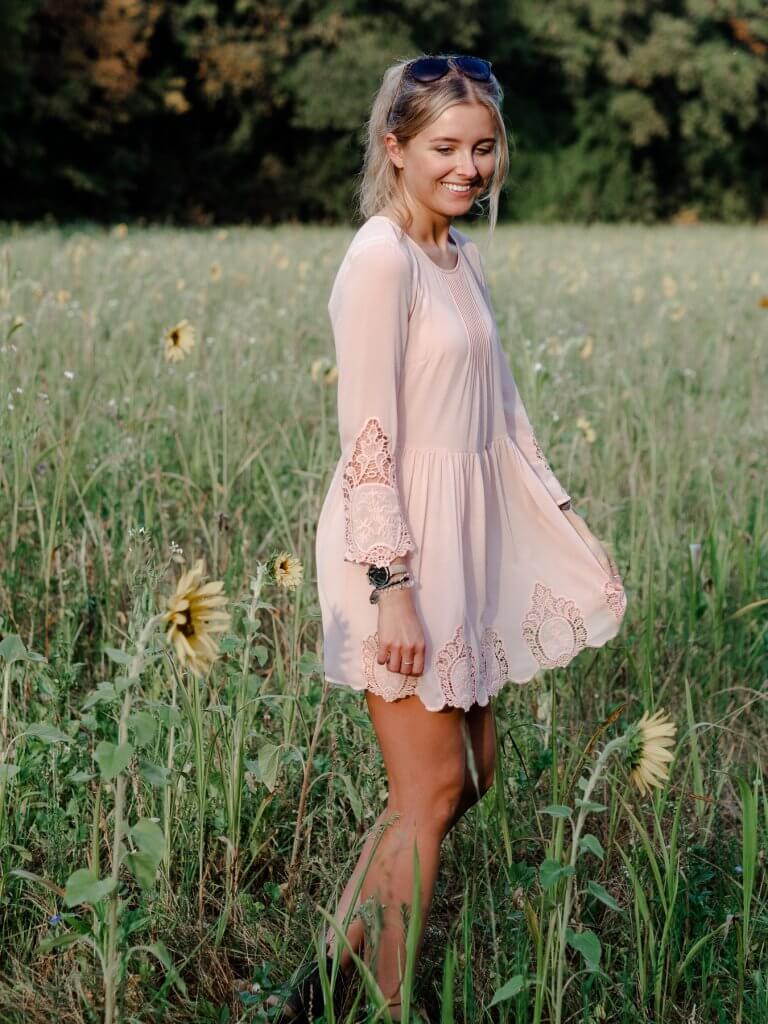 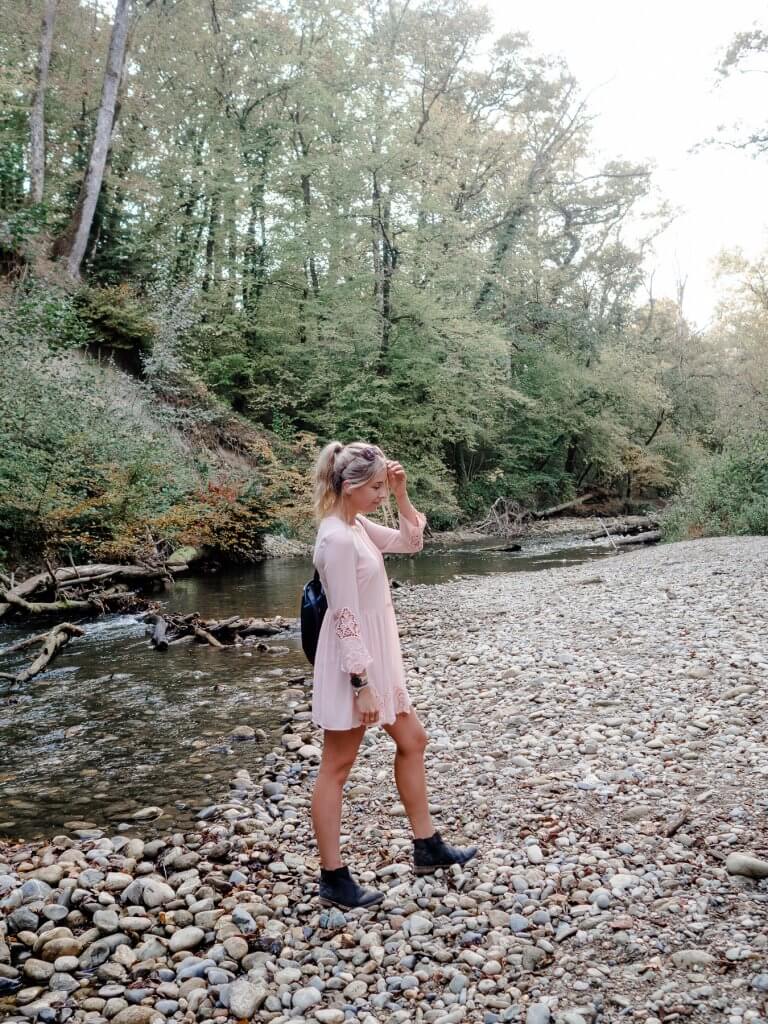 We left on the Friday that Storm Michael hit Cornwall, so we were slightly concerned for a while that our flight would be cancelled along with 80% of others in the South West that day, but thankfully everything went more or less smoothly, and we arrived Friday evening to spend the night at her parents’ in Geneva, before heading off to their mountain hideaway. 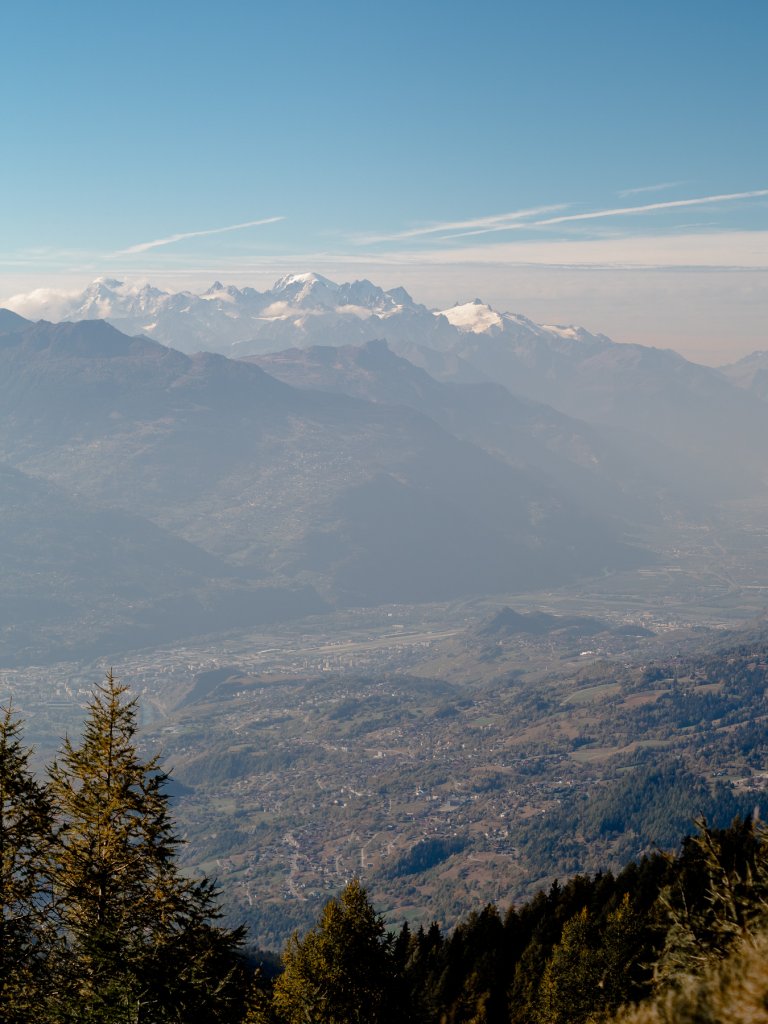 We hiked, ate delicious food, and went to see A Star is Born at the quaint mountain-resort cinema, and then returned to Geneva for a few days to explore and take photos. It’s a beautiful city and the lake is so peaceful, but below are ** more reasons why you should go visit too… 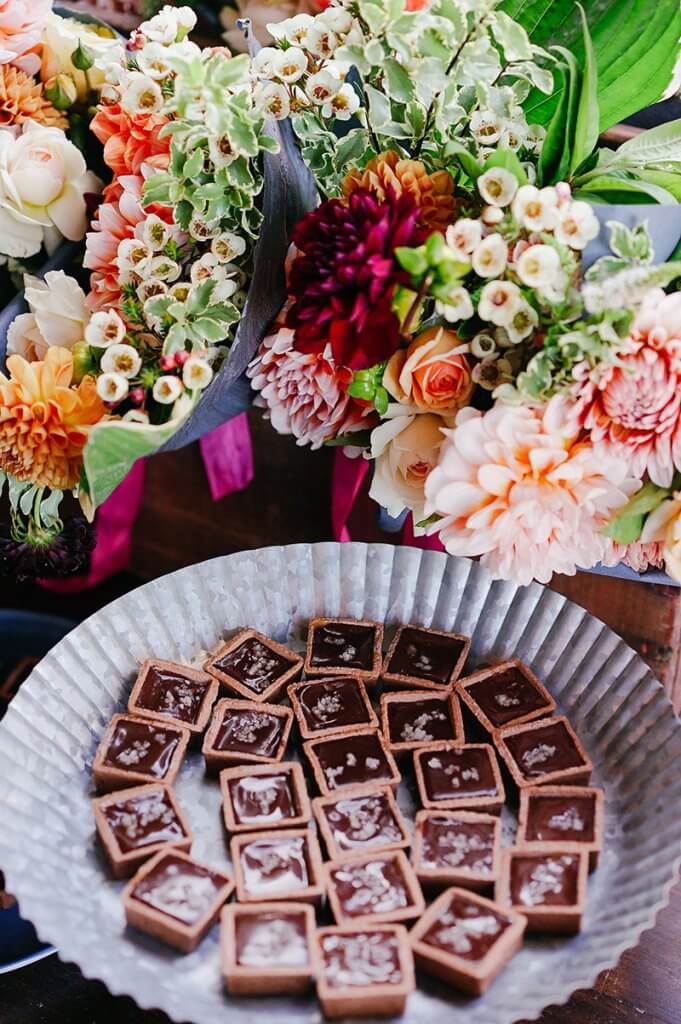 1. Swiss Chocolate is the best!

So ya know how like, the best brand chocolate ever – Lindt – is from Switzerland? And Toblerone? Well imagine every chocolate being as good as that! I stopped at a chocolatier to buy some as gifts, and though they aren’t cheap, they are 110% worth it because man, the Swiss really know how to make chocolate. 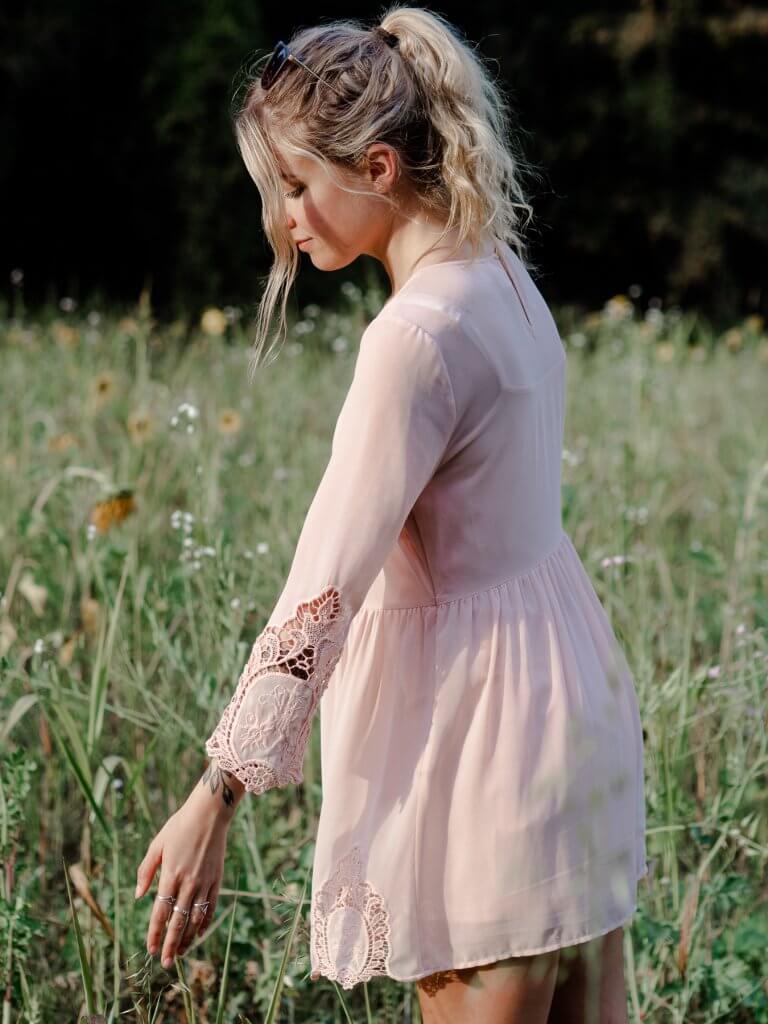 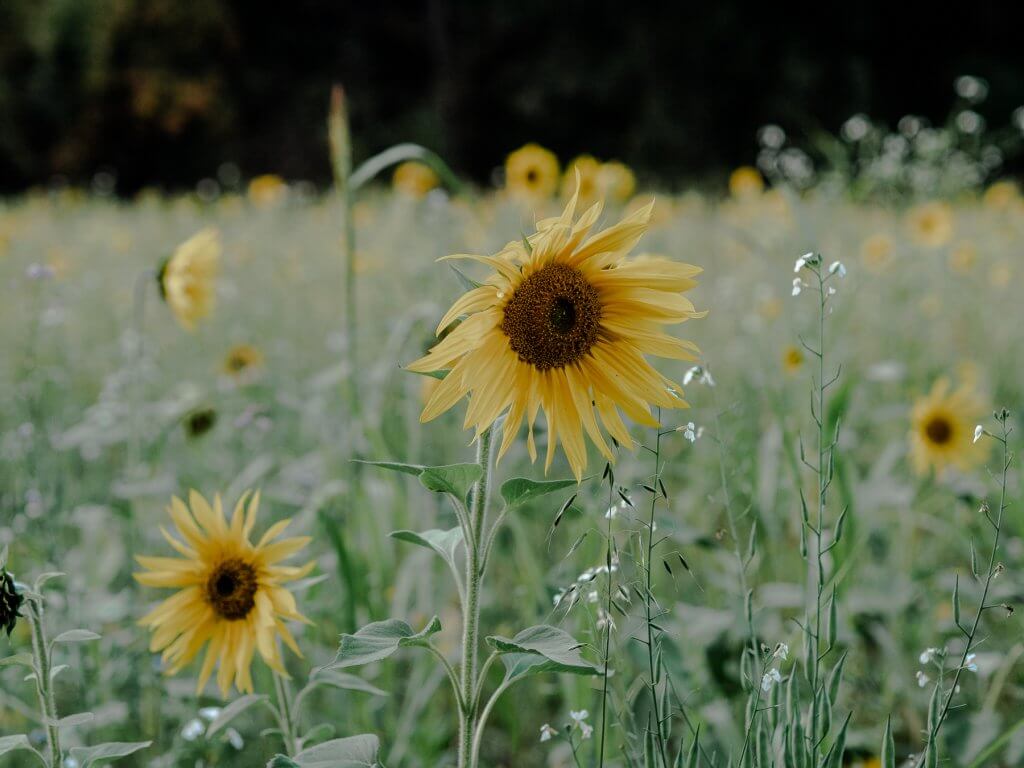 We visited mid-October, and it was so warm in the daytime (around 22 degrees each day) that we were both outside wearing summer dresses! The summers in Geneva can get seriously hot, and it seems like they last a while too with love warm weather. Apparently once Winter comes though, the temperature takes a sudden drop, and it gets very crisp and cold. We’re not used to these extremes at all in Cornwall! 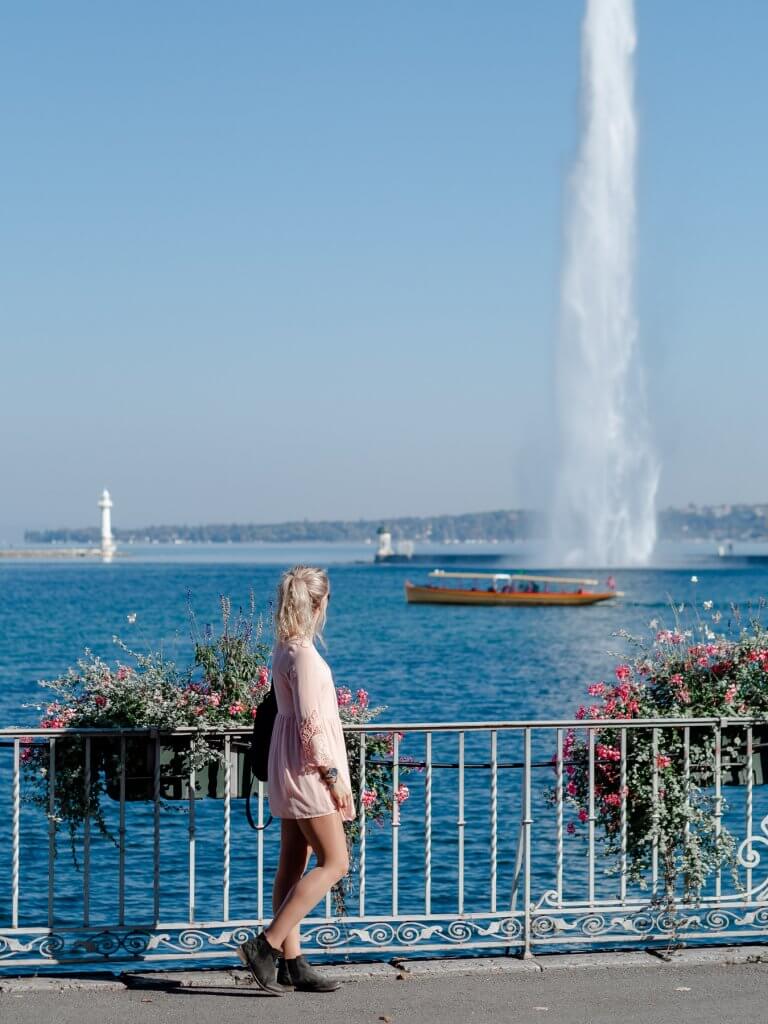 3. Visit one of the tallest fountains in the world

Jet d’Eau is Geneva’s most famous landmark – this fountain pumps 500 litres of water up to 140 metres high in the Geneva harbour, and is quite a sight to behold! You definitely can’t miss it, and my camera’s lens wasn’t quite wide enough to fit it in the photo. Take a walk around the waterfront, or even get wet underneath it if you dare! 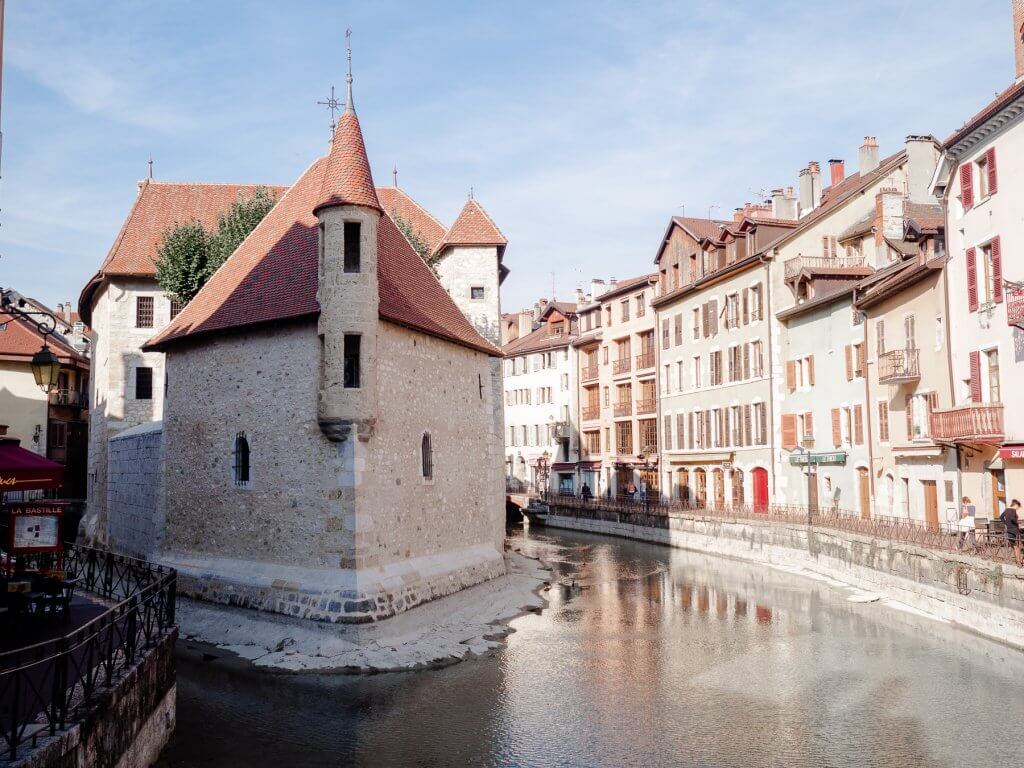 On our last day, Olivia drove us 45 minutes over the border to a small French town called Annecy. It’s famous for its quaint old-town with cobbled streets and a crystal clear river running through from its turquoise lake, and is incredibly picturesque! I’ll have another post up soon with more details and photos too. 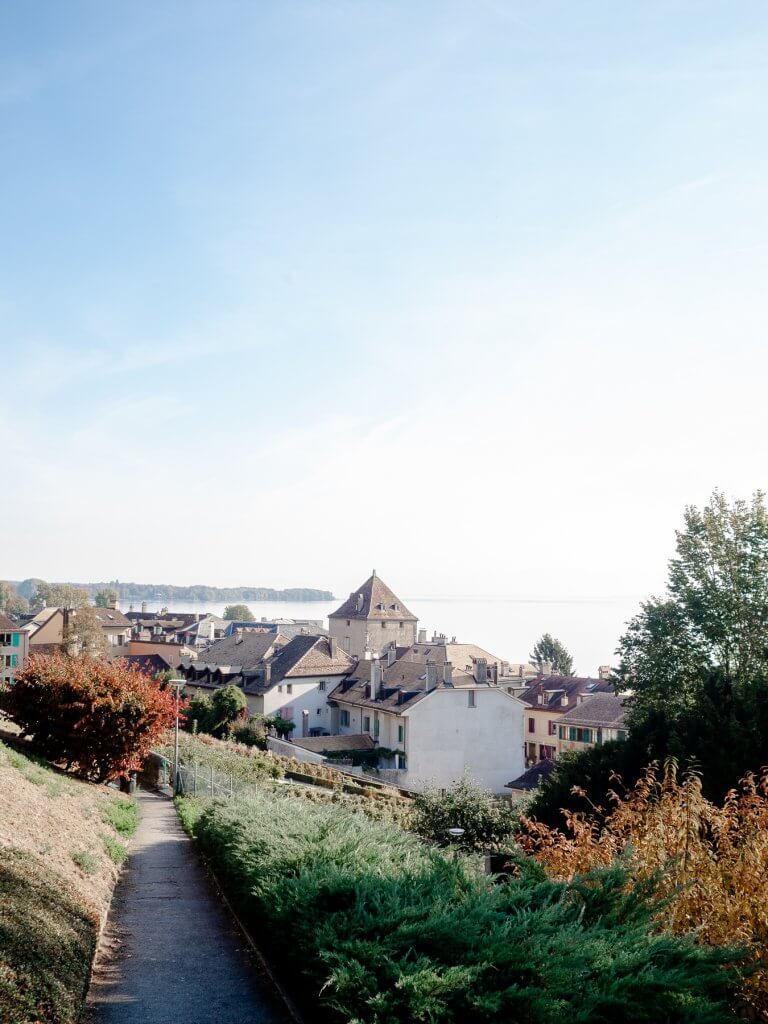 While we were exploring the city of Geneva, Olivia told me about a mini festival they have here each year called Fête de l’Escalade. It celebrates the defeat of the Savoyard attack on Geneva back in the 1600s, where the troops attempted to scale the walls of the city, but the residents of Geneva fought them off – with one woman pouring a cauldron of hot soup over the head of one attacker, killing him (as legend goes!). Now every year in December, the city commemorates by having cauldrons made of chocolate with marzipan vegetables and breaking them, along with some other traditions too. 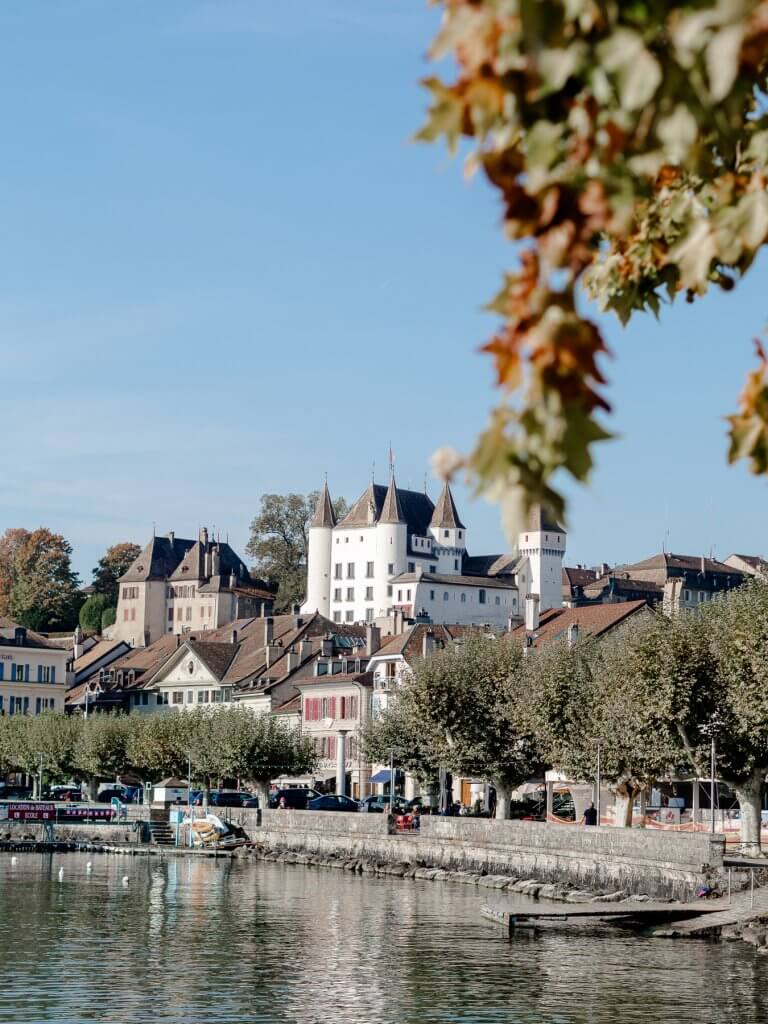 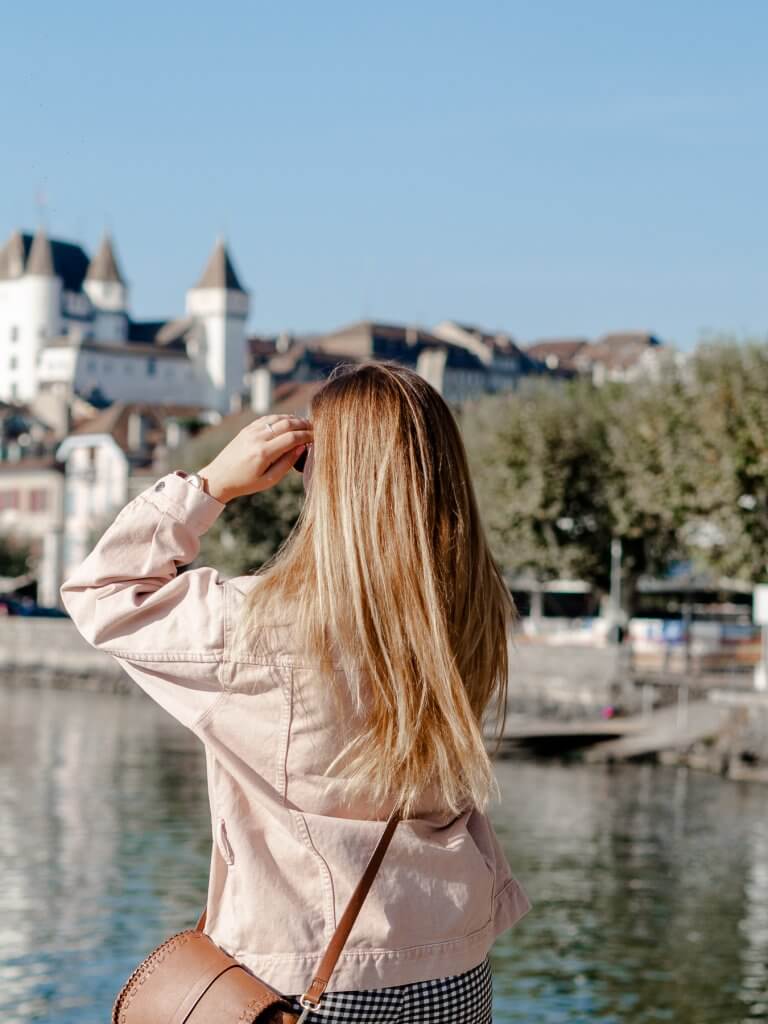 Geneva and the surrounding towns we visited in Switzerland all have a wonderful mix of olde Germanic fairytale vibes and quaint French village architecture. It makes everywhere feel like you’re in a Disney movie, and with the lake and the mountains as a backdrop (plus the whole we were there there was a soft, hazy mist making everything pastel) it seemed like a dream world. 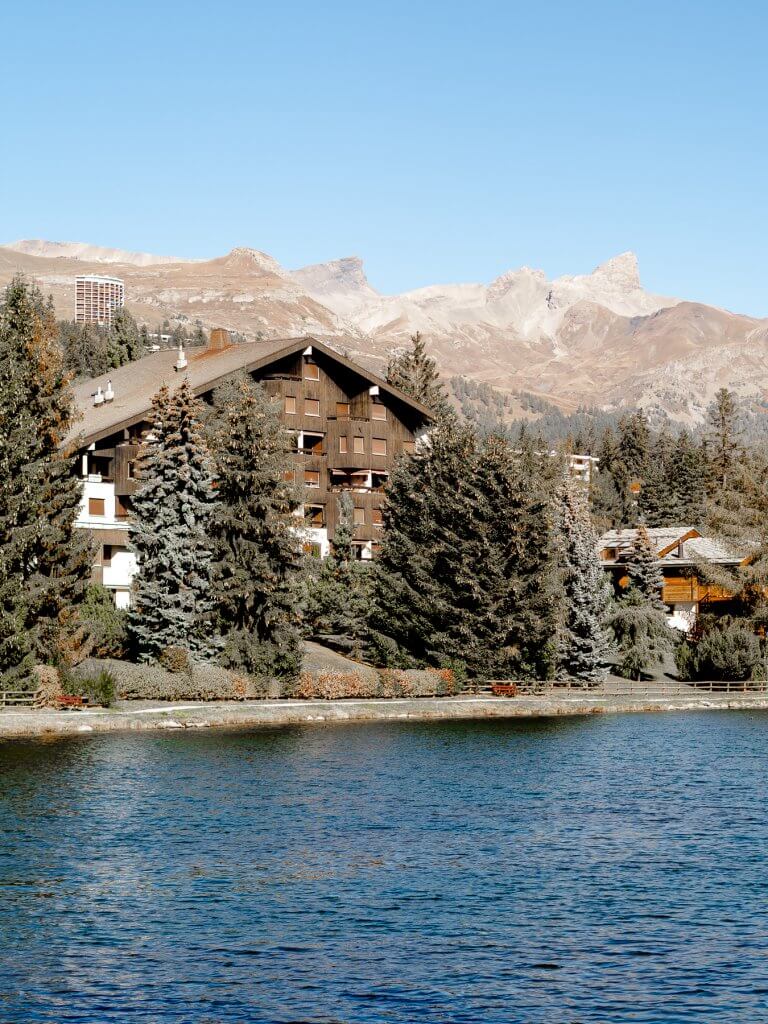 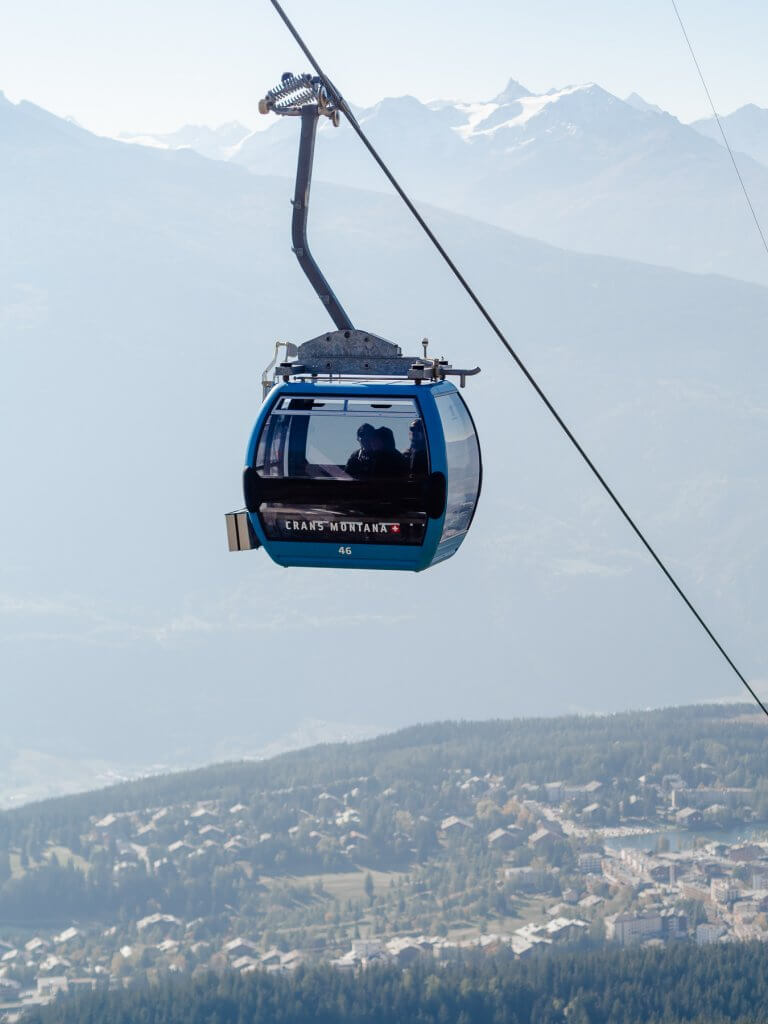 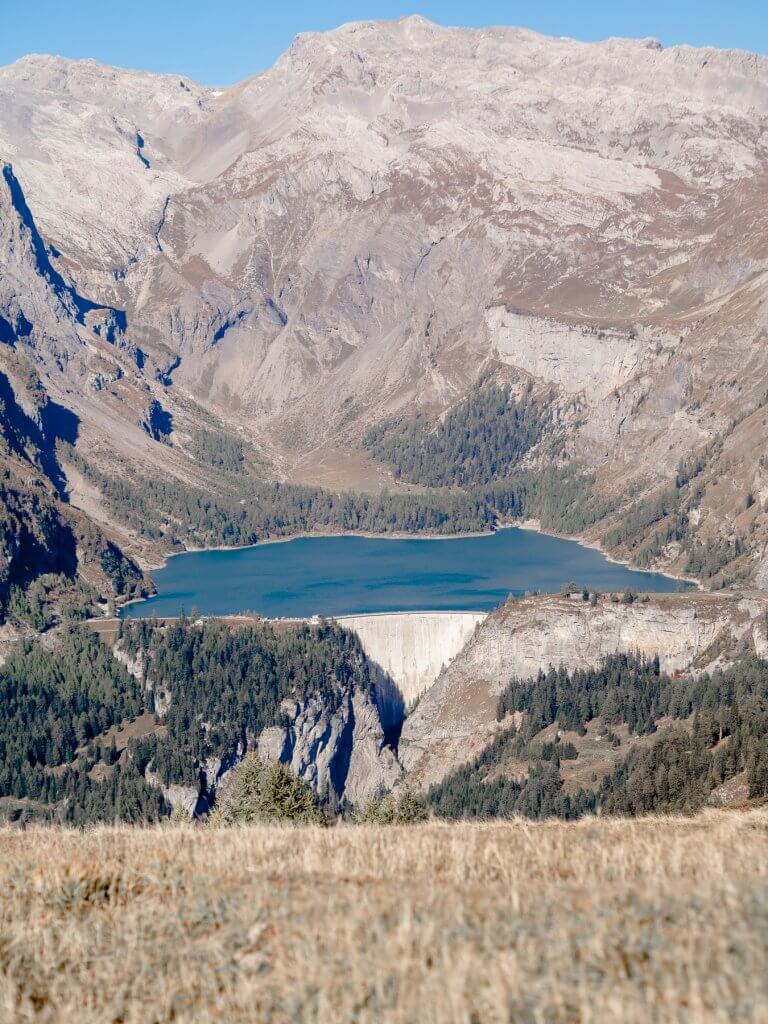 7. Close to the Mountains

If you love skiing, obviously Geneva is great because it’s so close to the Alps and mountain locations. We flew into Geneva airport when we went skiing in Val d’Isere back in January, and there are plenty of other resorts nearby too. Olivia’s family have a place up in Crans Montana, so we went up there for two days and it was amazing to see a ski resort during ‘summer’ – they transform the slopes into mountain bike paths, and there’s golf courses there too so plenty to do when skiing isn’t possible! We enjoyed some lovely hikes through the wilderness. 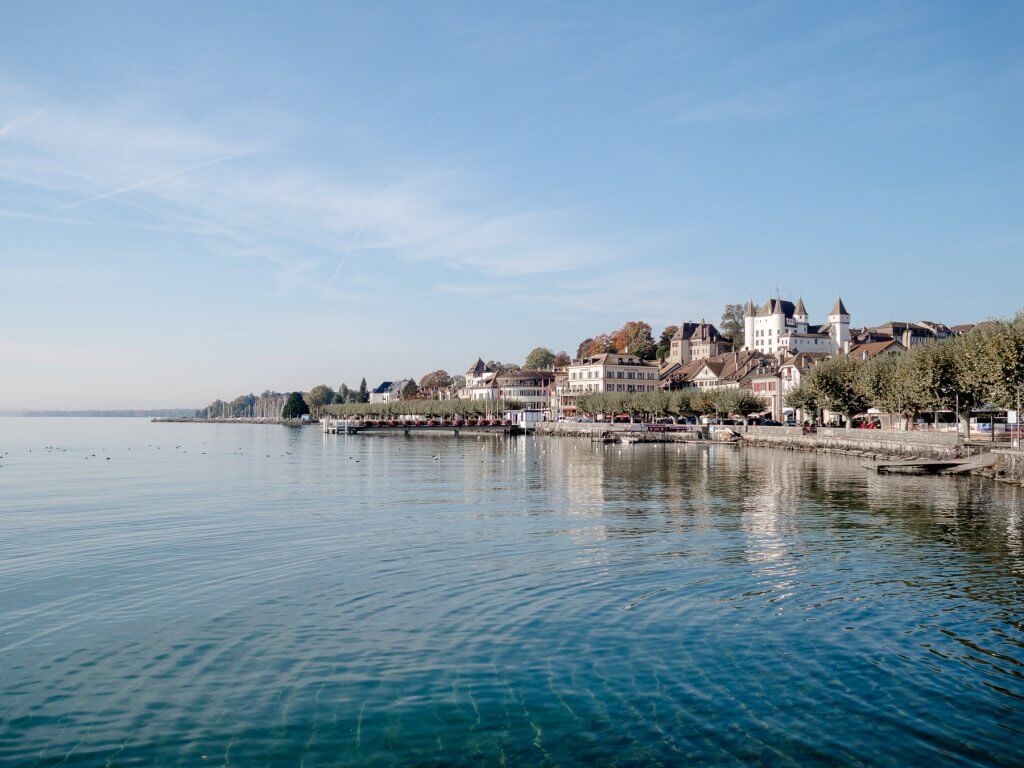 We didn’t do this (Olivia can’t eat dairy, and to be honest I don’t really eat it much anymore…) but oh my gosh, this sounds brilliant if you’re there for more time! For around 50CHF, you can go on a fondu cruise on Europe’s largest Alpine lake, and taste the delights of arguably Switzerland’s most famous, delicious dish. YUM! 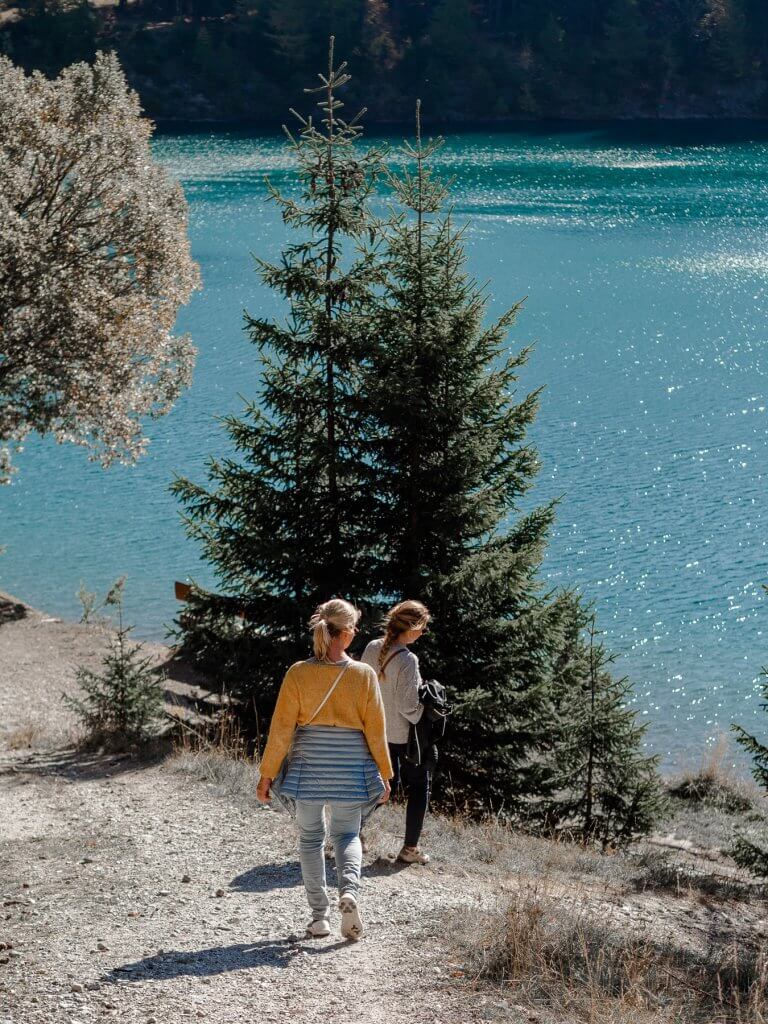 The lakes all around this area are incredibly clear and have the most beautiful aqua blue appearance, due to their glacial origins. All the rivers and lakes in the mountains were like this too, and the lake at the nearby French town of Annecy was a crystalline blue as well. Again, very photogenic! 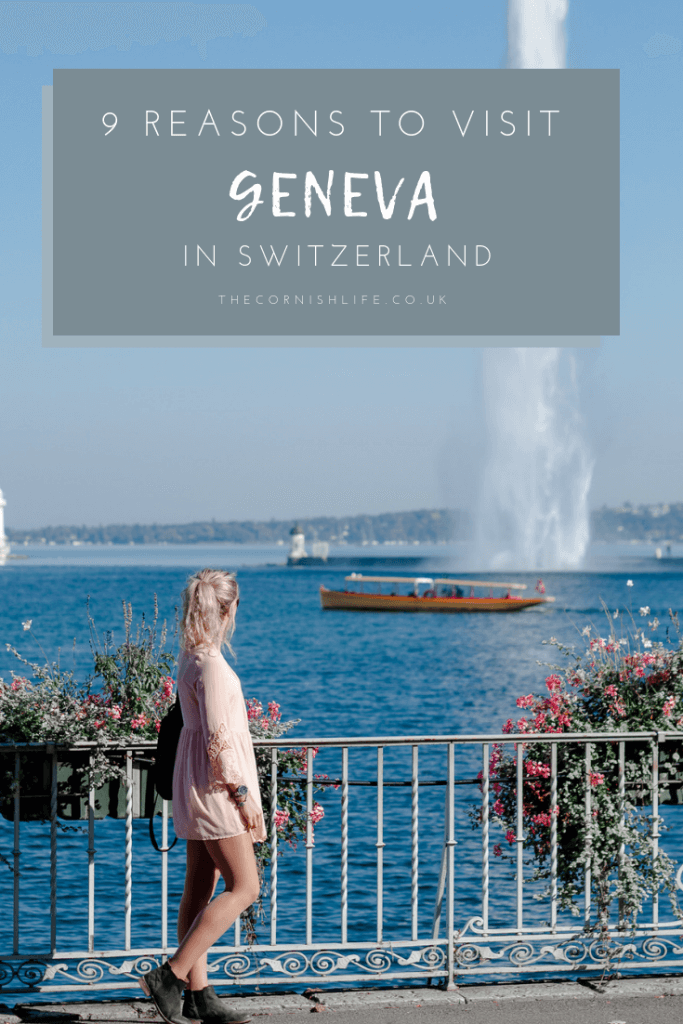 Have you ever been to Switzerland before? Is it on your bucket list?