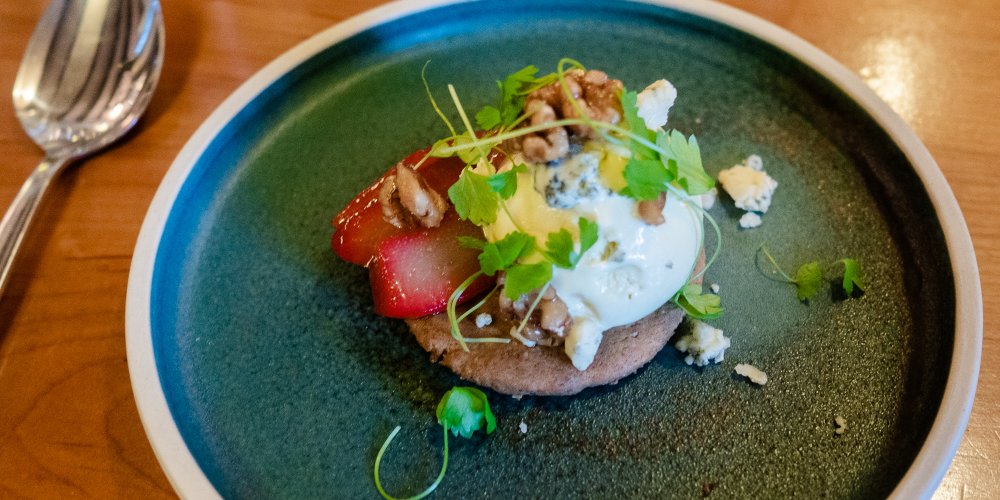 Having tried Kota for the first time just over a year & a half ago, it was high time for a revisit!

Alex and I had fond memories of our meal at Kota back in December 2017; we were only a couple of months into our relationship, and this was one of the first fine dining style restaurants we’d experienced together (and one of the first I’d ever experienced full stop!). It’s crazy to think that was already so long ago.

When we visited last time, we’d both decided the Set Menu looked amazing and fantastic value (it’s still only £22.50 for two courses, which is pretty incredible for the quality of the food!). However this time, thank you to Alex’s family as a special treat, we all decided to give their new 7 course taster menu a go! 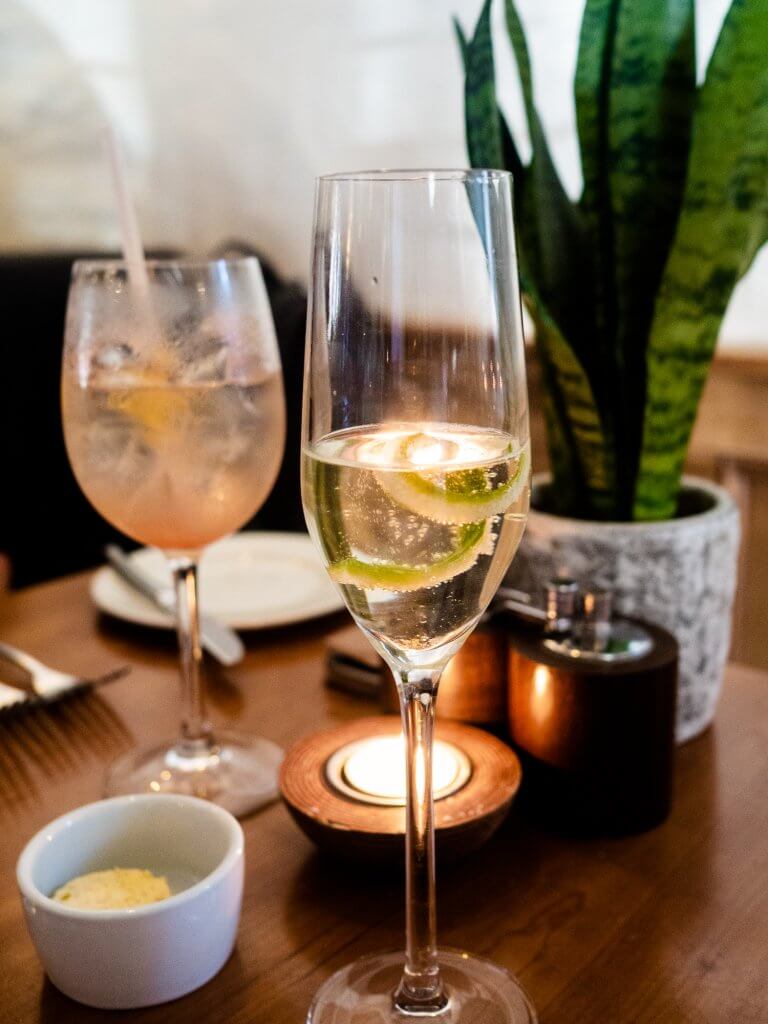 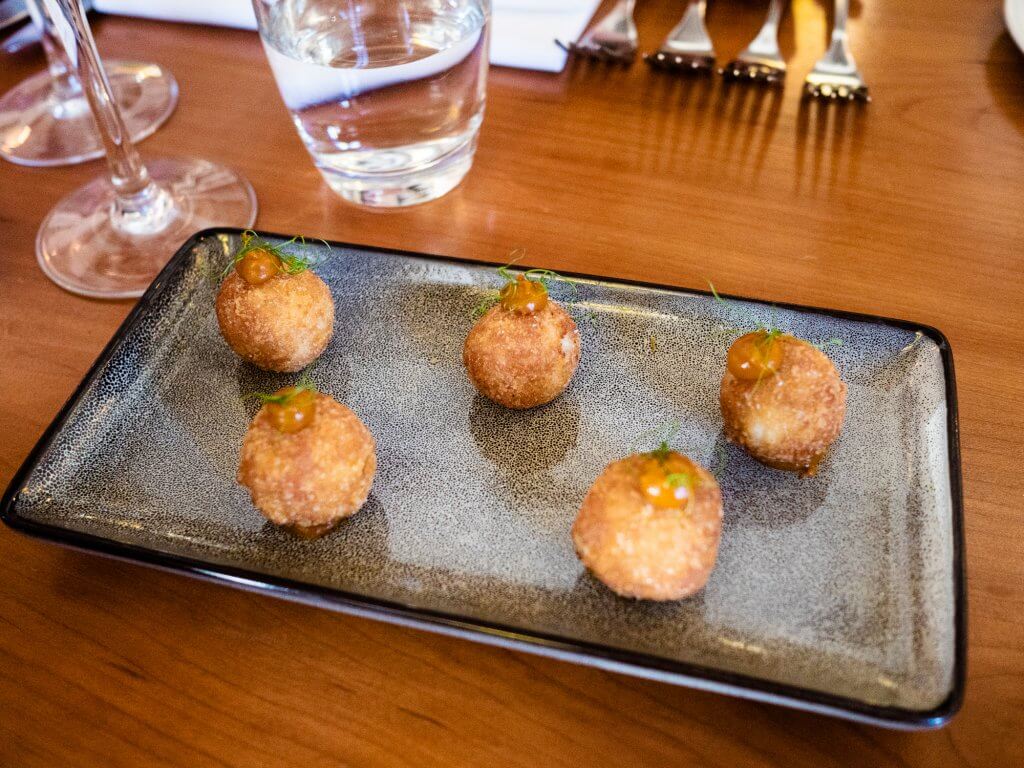 It had been a long week for both Alex and I (do I ever not write that?), so of course we had to kick off the evening with some drinks! I went for the Kota Fizz while Alex chose his favourite – a Tarquin’s Blackberry Gin with Fevertree Sicilian Lemonade (an epic pairing we both discovered on the Tarquin’s Gin Experience last month!). Our amuse bouche of arancini came along with our drinks, shortly followed by a delicious selection of breads and caramelised butter. 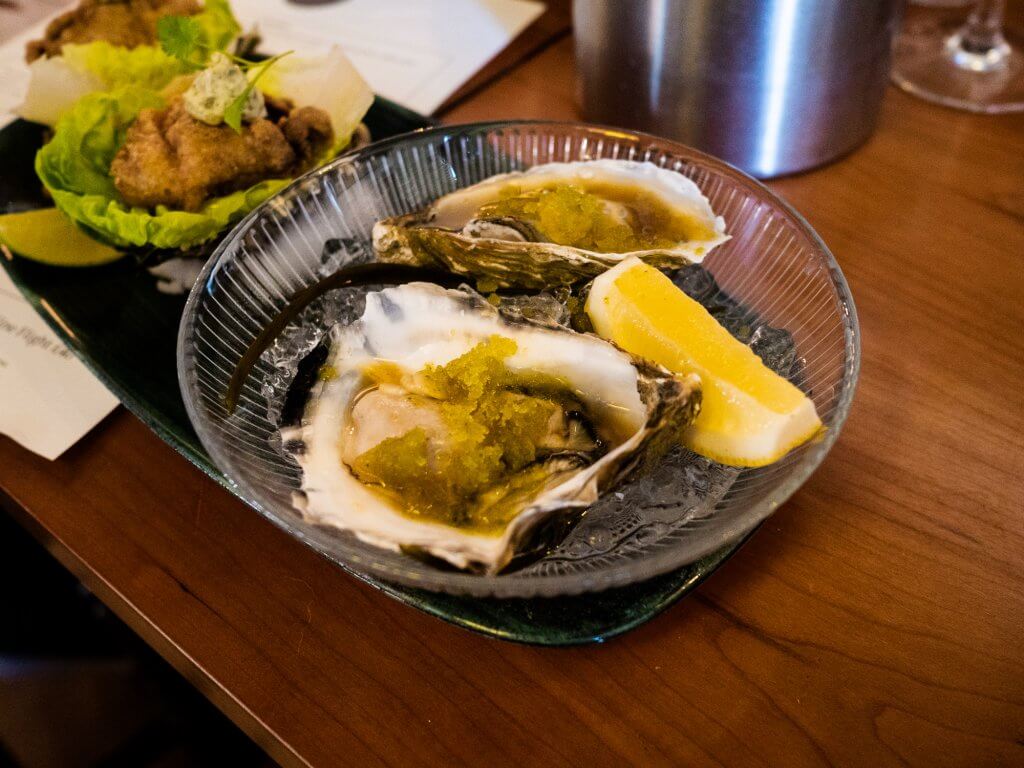 I was really excited for our first couple of courses to come out (I never thought I’d say I’m excited about oysters!), but this is because we had tried the oyster tempura dish (and the scallops dish below) at the Sharp’s x Kota evening at Porthleven Food Festival recently and it was incredible! Safe to say, it lived up to expectations again.

Served alongside it were actual oysters (as in, not fried ones covered in batter…) which I believe I have only ever tried once, age eight years old, where I spat it across the table at a French restaurant – oops! However, I eventually worked up the courage to tip this oyster granita into my mouth and it was actually very pleasant. Perhaps I will be visiting Falmouth Oyster Festival this year after all… 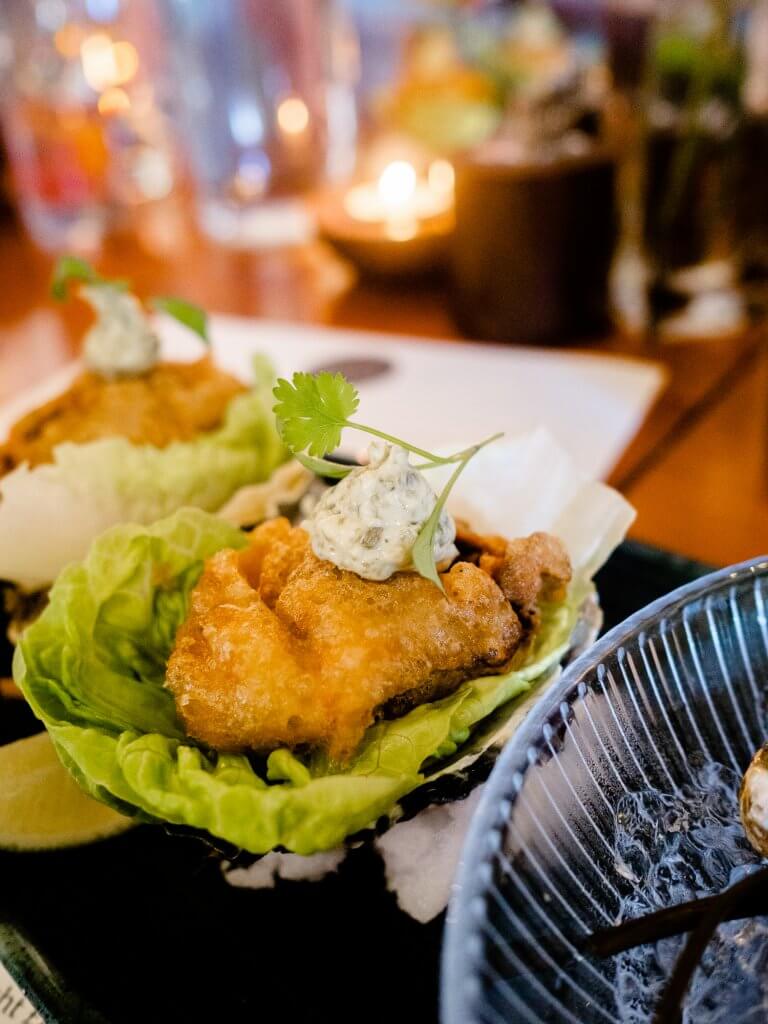 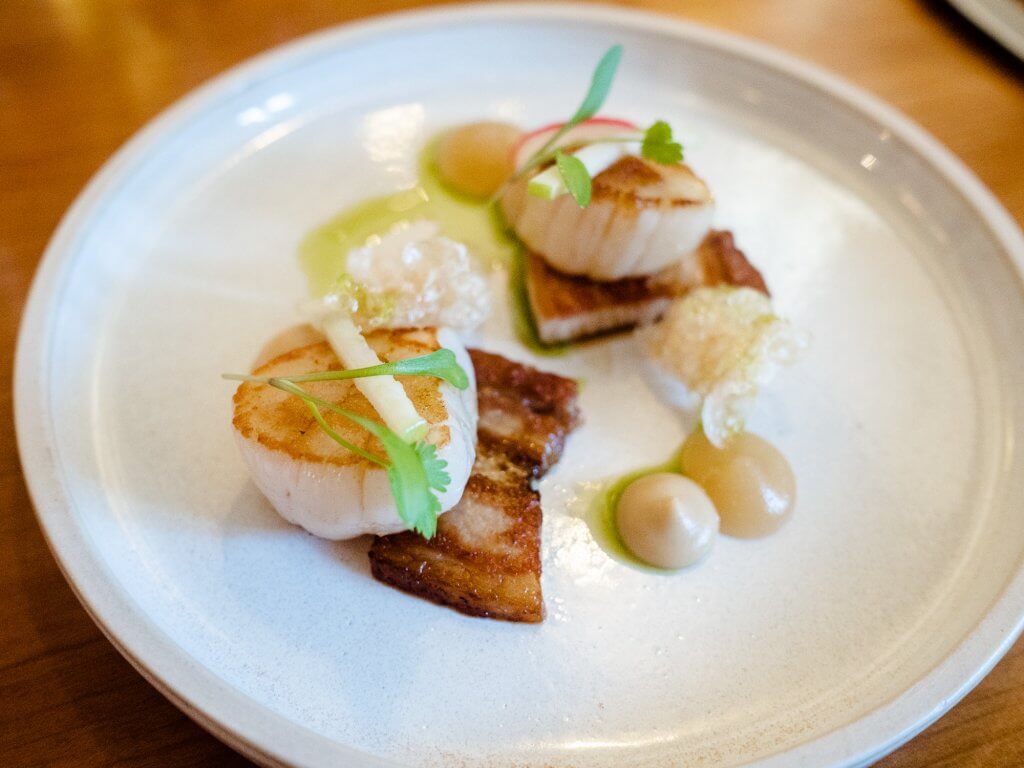 So let me just say that when we went to that Sharps x Kota evening, the scallops were my absolute favourite dish on the menu that night. There’s just something about a pan-seared scallop that’s been cooked in butter that you simply cannot beat!

Once again, it lived up to the expectations of how we’d had it before, and I think it may still remain my favourite dish… 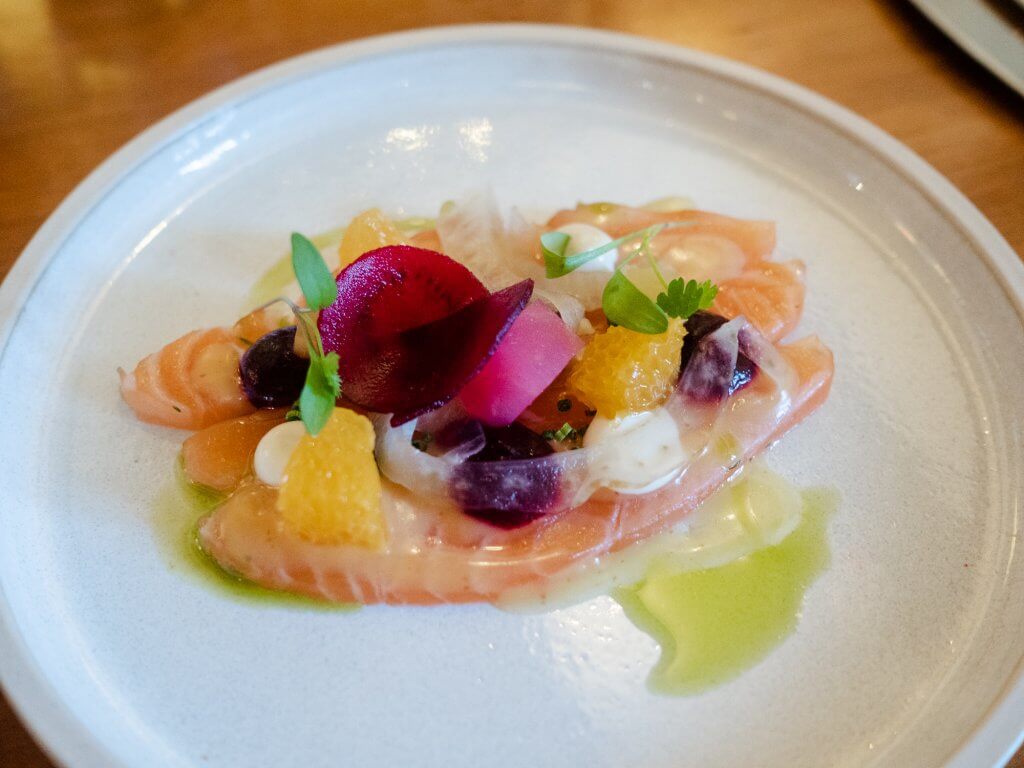 Next out was a delicious cured salmon with beetroot, followed by our main course. On the taster menu, you are able to choose one of three options for your core main course, and you also have a choice of two final desserts at the end as well. Alex and his family all went for the trio of lamb, while I went for the Rockpool, which featured hake, seaweed, mussels, tiger prawn and crab ravioli.

It was great, and I ended up slurping (quietly don’t worry!) my way through the broth at the end too. 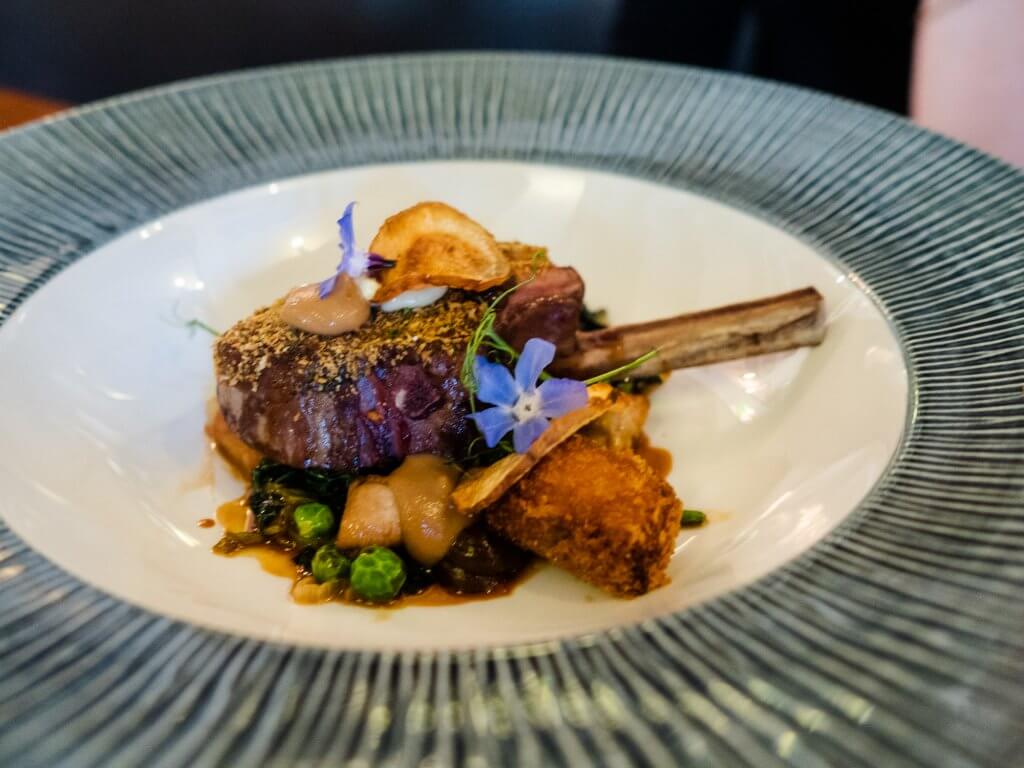 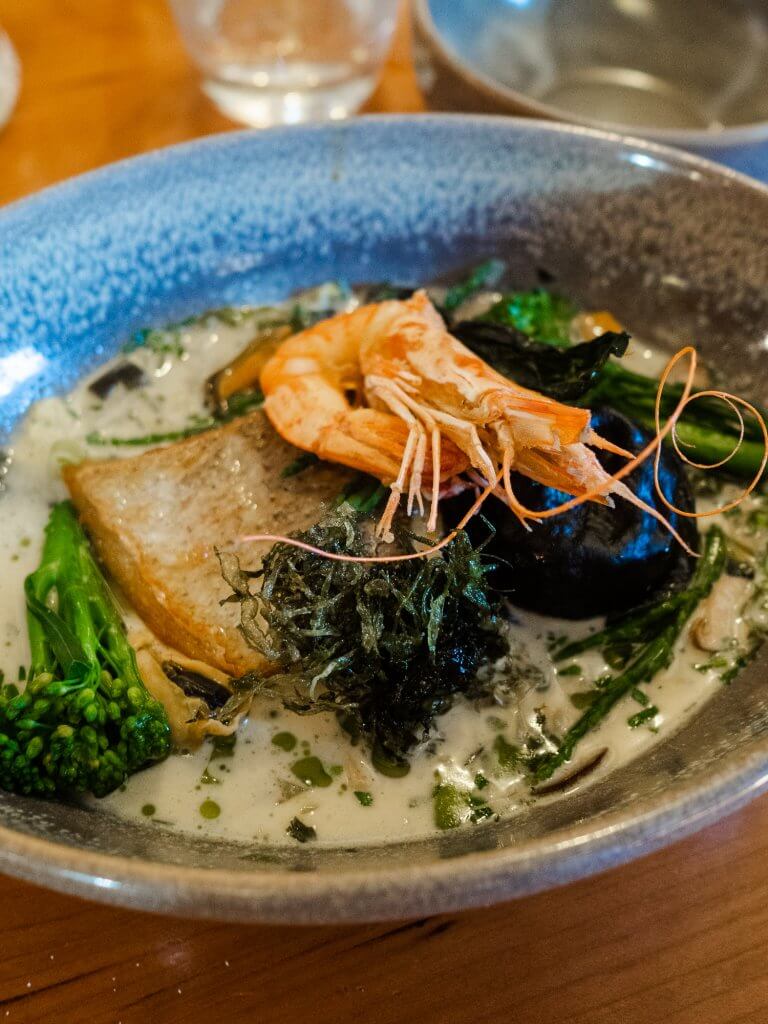 What’s crazy is that the restaurant was pretty much full while we were there – considering that this was a Tuesday evening and we started our meal quite early at 6pm, this is impressive! I know it’s Summer now but it’s not quite peak season, so you definitely need to book your table in advance.

One thing we did note last time as well as this time was that the food service was quite slow. It could have been because it was busy but we were waiting quite a long time between each course after the initial few starters – however the quality of the food really is amazing so I felt it was worth the wait! 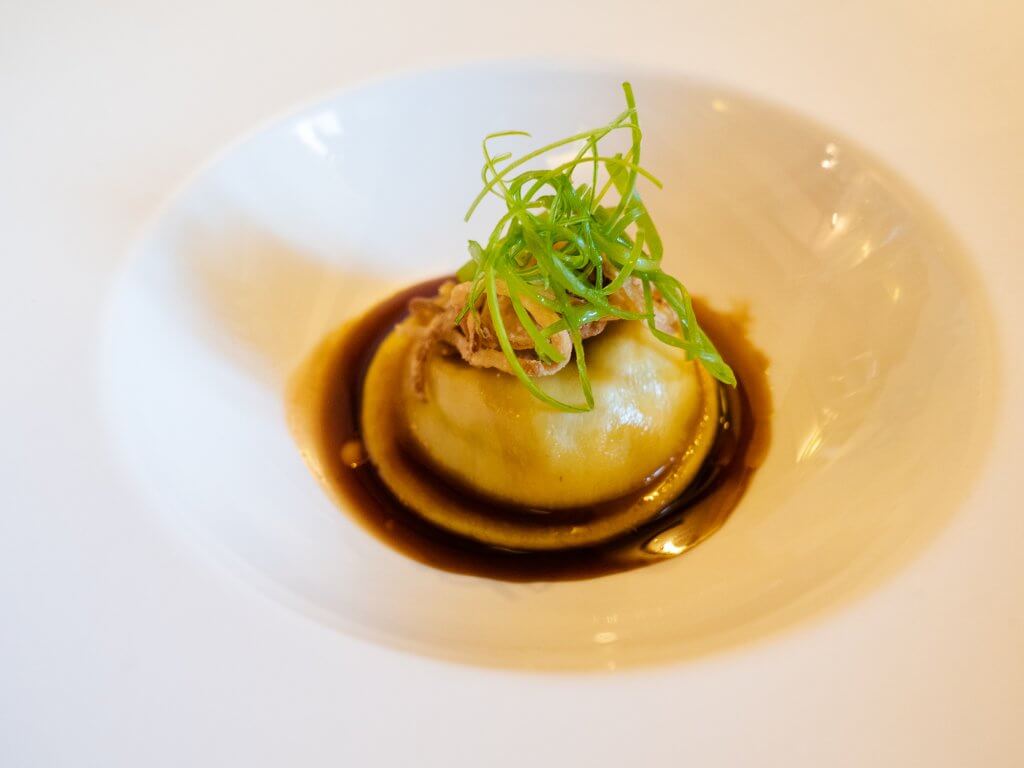 Our next ‘main’ course was the oxtail raviolo. I usually don’t eat red meat at all, but I felt I had to try this and I’m glad I did – it was super rich and very tasty. Kota also have a full vegetarian taster menu as well, which I was offered, however I didn’t want to miss out on the fish in the full taster menu so hey ho – it happened!

After this, we were onto the desserts! Firstly came our orange pannacotta, which I absolutely loved. It all felt very light and summery. 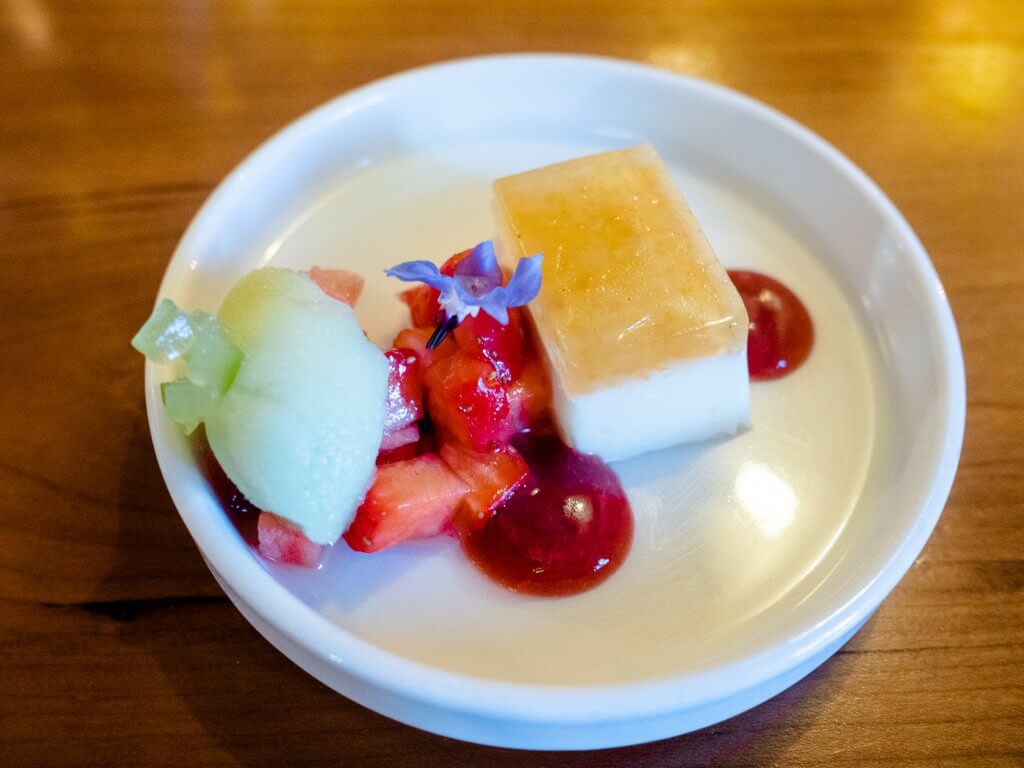 And guess which I chose?

Usually I’m all about the chocolate torte life, but I thought I’d take the risk and go for something different that I’d never tried before, and WOW was this unique! 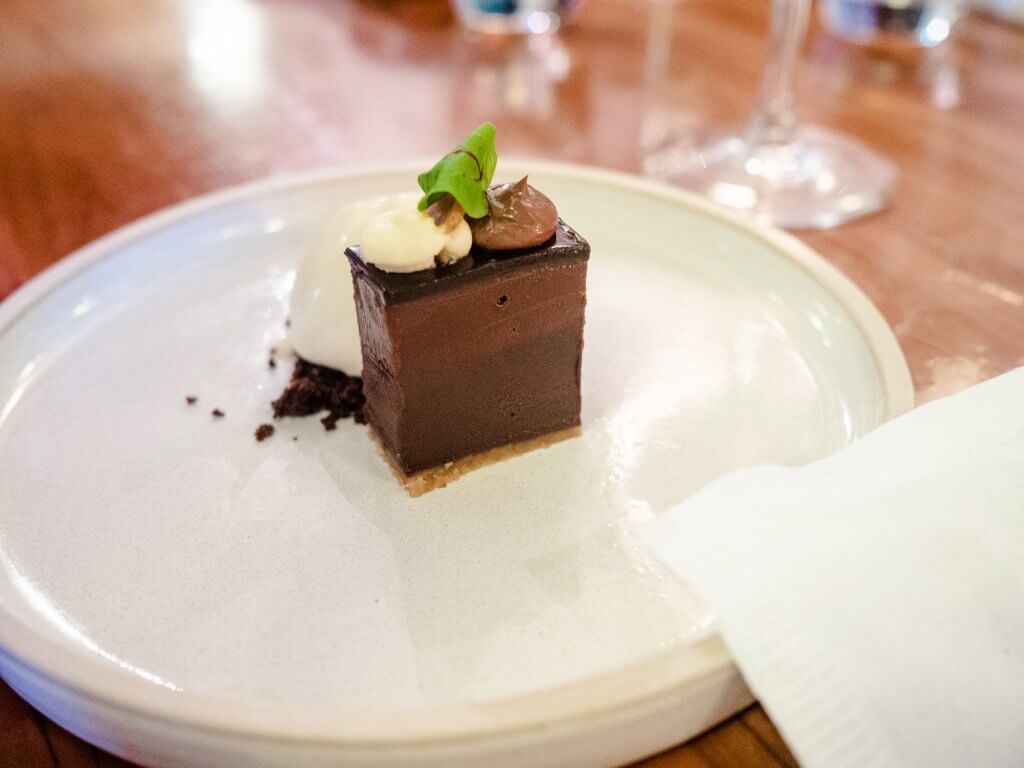 I’d highly recommend going for this dessert if you have a choice; honestly it was a pretty amazing experience for my tastebuds! Deliciously creamy and it all worked so well together. I definitely won’t forget this dish in a hurry!

I’m still impressed that I even chose it to be honest. A year ago I didn’t even like blue cheese! 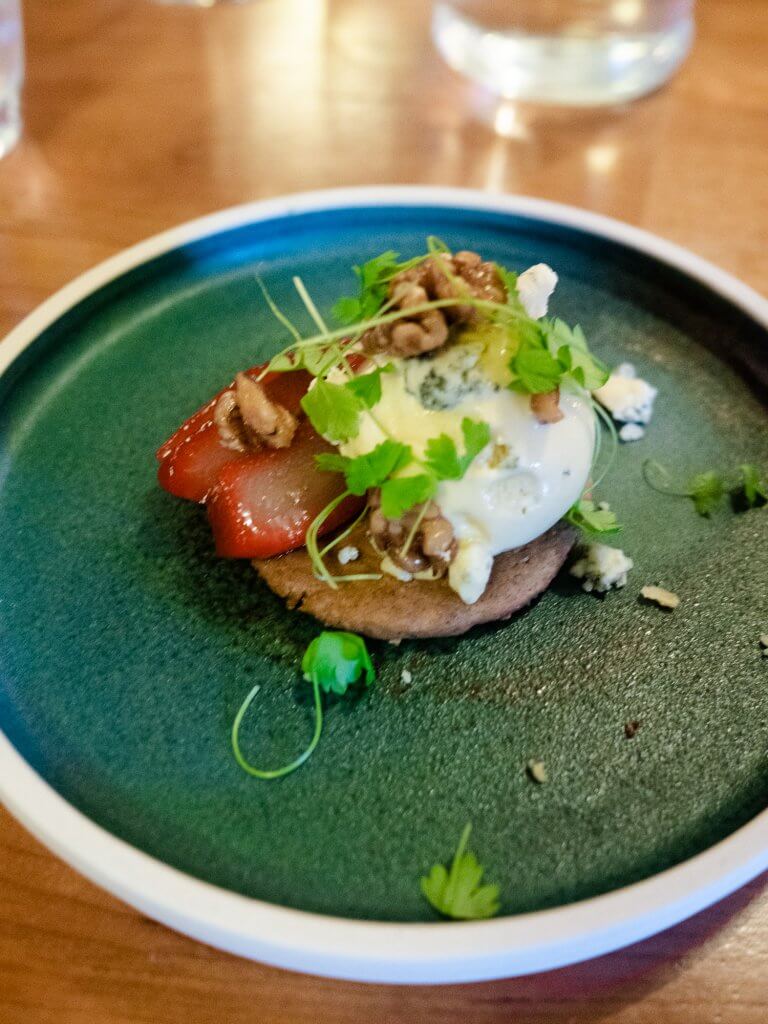 This 7 course menu was really something special, and a fantastic idea for a treat night or occasion. I think the only thing that’s really changed since we last went in 2017 was that the menu didn’t have so much of an Asian influence, from what I could see it was more based around seasonal Cornish dishes. But regardless, it was totally delicious!

Which would be your favourite dish? 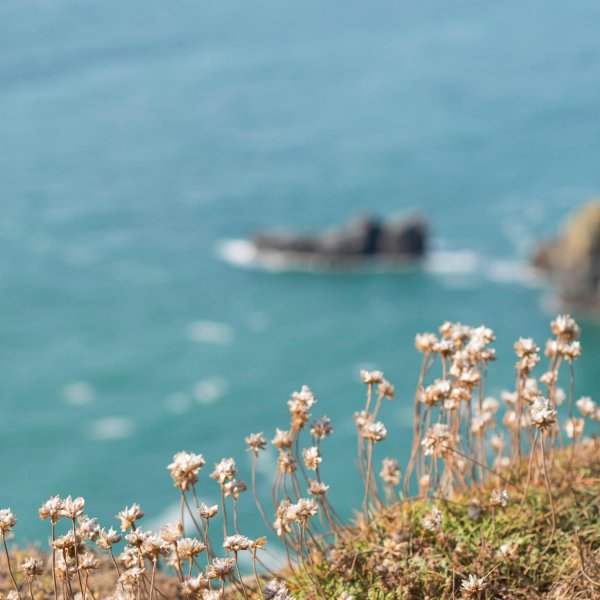 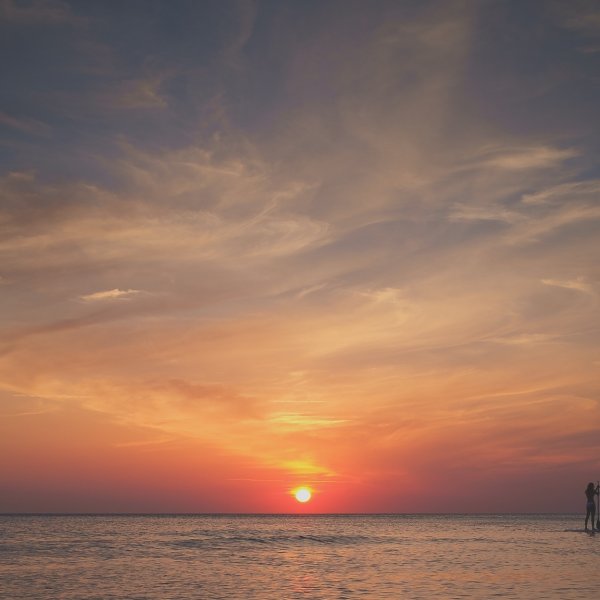 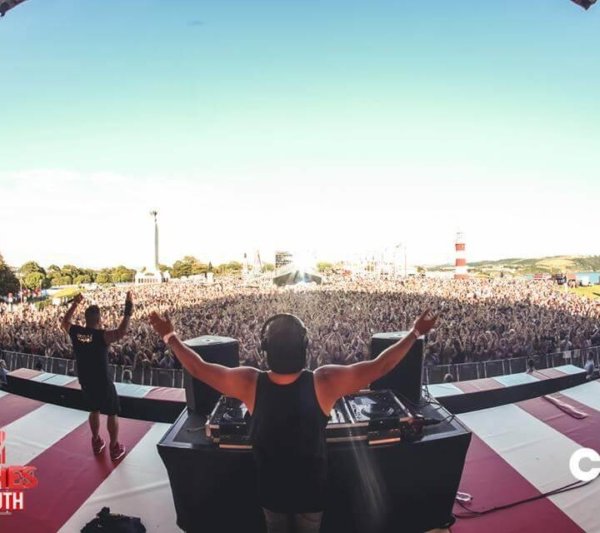