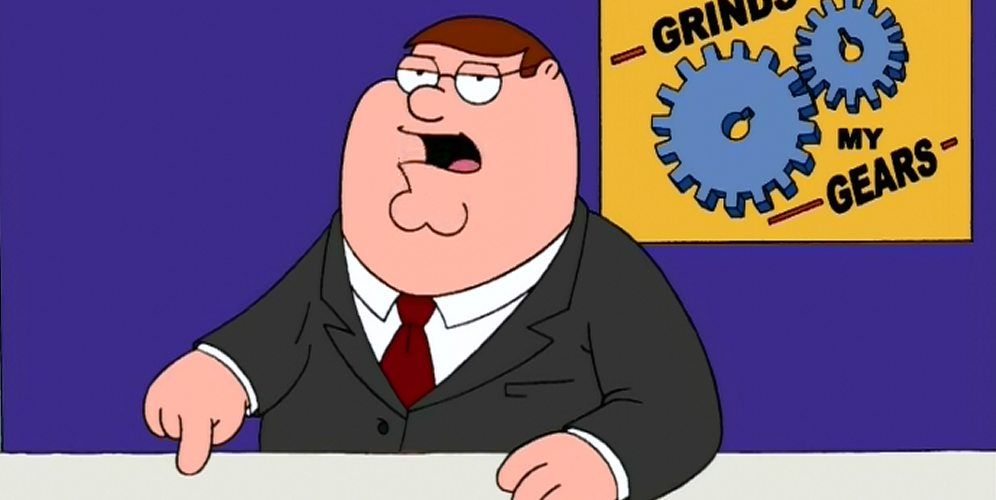 I read this post on Helene in Between about what makes her mad, and related to so many that I had to write my own list!

I like to think of myself as quite a passive person; someone who shrugs things off and gets on with it, but I’m not sure that’s totally true all the time. Otherwise, why would I have a whole section on my blog called ‘Rants & Ramblings’?

There are a lot of silly, small things that make me angry or annoyed; so many, in fact, that poor N has to witness at least one full-blown rant per week. Sorry N.

And so, because for some reason I find it fun to wind myself up, here is a list of what seriously grinds my gears:

1. People who don’t finish their sentences
Do not just trail off and say “you get me?” or “y’know?”, because I don’t. I DON’T KNOW WHAT YOU ARE TRYING TO SAY! I am not a mind-reader!

2. When people make hindsight comments
If you start a sentence with “You shouldn’t have said that..” or “You should have done this instead…” you can leave. Get out, right now. It’s the end of you and me… (yes, I know all the lyrics to Jojo, don’t judge me). 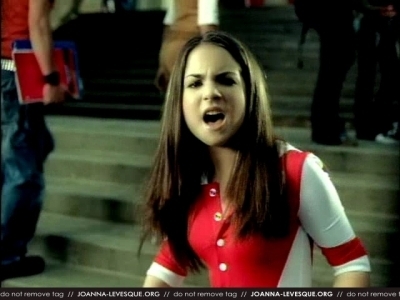 3. Prescriptivists
If you didn’t know, a Prescriptivist is someone who believes that ‘traditional’ English language is correct and superior, and that modernisms and colloquialisms are wrong (also known as ‘linguistic purists’).

Although I generally follow most grammar and traditional linguistic rules myself, I am definitely more Descriptive in my approach, and believe that language is ever-evolving and shouldn’t be constrained. So yes, I will continue to make up new words and use infuriating abbreviations like ‘lol’, ‘gonna’, ‘obvs’ and ‘srsly’ as a form of expression without giving a Damn! 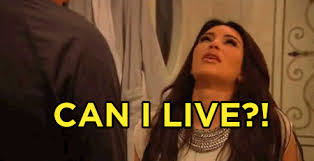 4. Closed-minded people/People who are easily offended
This category of people include the aforementioned Prescriptivists, along with People Who Loudly Disapprove of Swear Words, Tattoos, Homosexuality, or Non-Traditional Values, and Overly Sensitive Vegetarians/Vegans. It’s okay to have an opinion, but please don’t shove it down my throat.

5. The women on Bear Grylls’ ‘The Island’
For people who have seen this, don’t you find it infuriating?? How are they so bad at it? They’re making a mockery of women everywhere Dx .

6. People who don’t indicate when driving
Everyone says that they hate this, so how are there still people doing it? WE NEED TO KNOW WHERE YOU ARE GOING SO THAT WE DON’T CRASH INTO YOU! 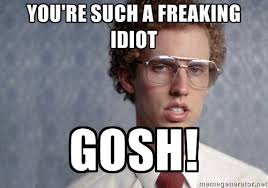 7. Secondary School
I don’t even know where to begin. The insanely petty uniform rules, the teachers treating you like you’re not even a human being. Just never take me back, ever.

8. Tourists who feed seagulls
Everyone in Cornwall amiright? 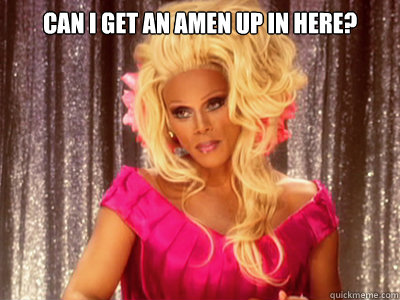 8. SLOW INTERNET!
I have days where I cry with frustration at slow internet speed. I generally don’t ever express my anger other than in the occasional rant, but I have been known to physically abuse computers in the past. 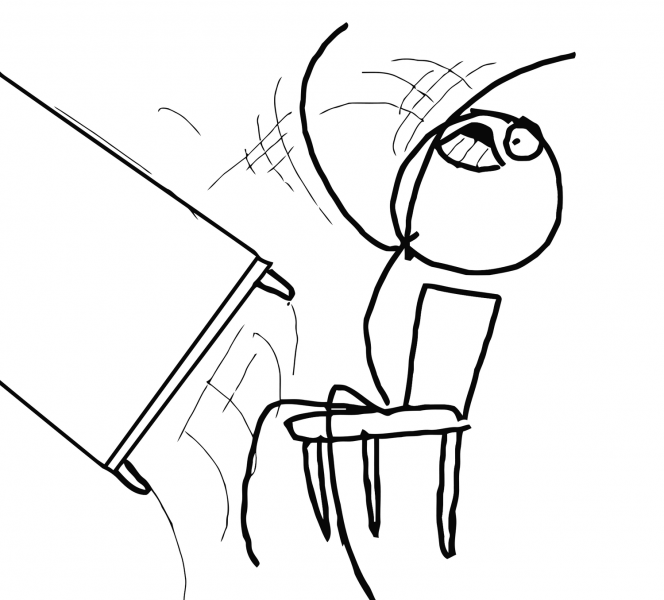 Isn’t it telling that 75% of that list is about people?

This is why we need pets and animals in our lives, to calm us down!

PS. I’m sorry that I live for popular culture references.

Please add what grinds your gears below! 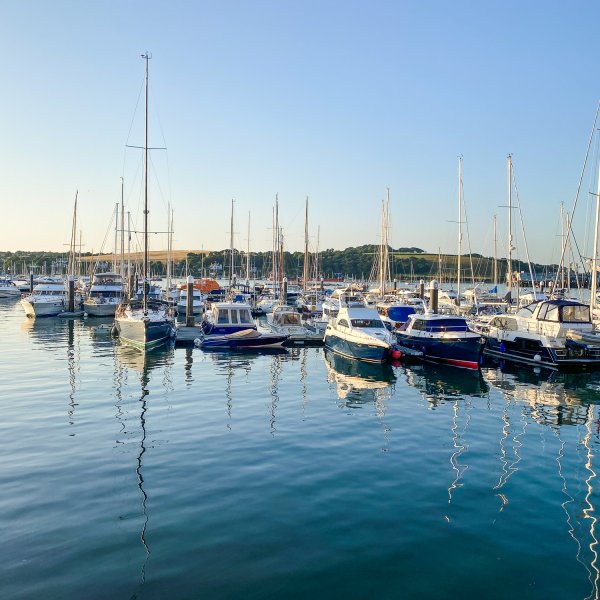 ← 12 Reasons Why Living in Bristol is Awesome!
Property in Cornwall vs. London →