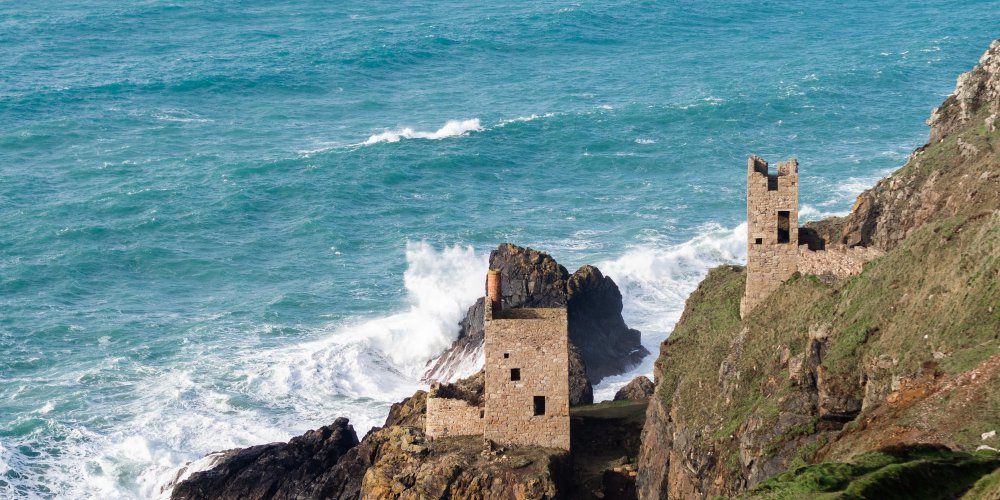 One of my Cornish bucket list items was to explore more of Cornwall’s ‘Tin Coast’ around Botallack and Levant mines.

The Tin Coast is a seven mile stretch along the Penwith coastline with World Heritage Site status, and is pretty much as west as you can get in the UK before getting to Land’s End.

I’d mainly never been before due to how remote it is, but last weekend the 50 minute drive from Truro didn’t seem so bad, as the sun was shining, and my friend Abbie had come down from Bristol to visit. It seemed like the perfect place to show her the best of Cornwall’s mining history.

We drove down with the dogs, and stopped in the town of St. Just for a pasty to take on our cliff walk. You can park at Cape Cornwall and walk all the way along, but we opted for a shorter hike (due to the crazy winds blowing in from the Atlantic), so ended up parking at Botallack mine’s ‘Count House’ in the National Trust car park there. 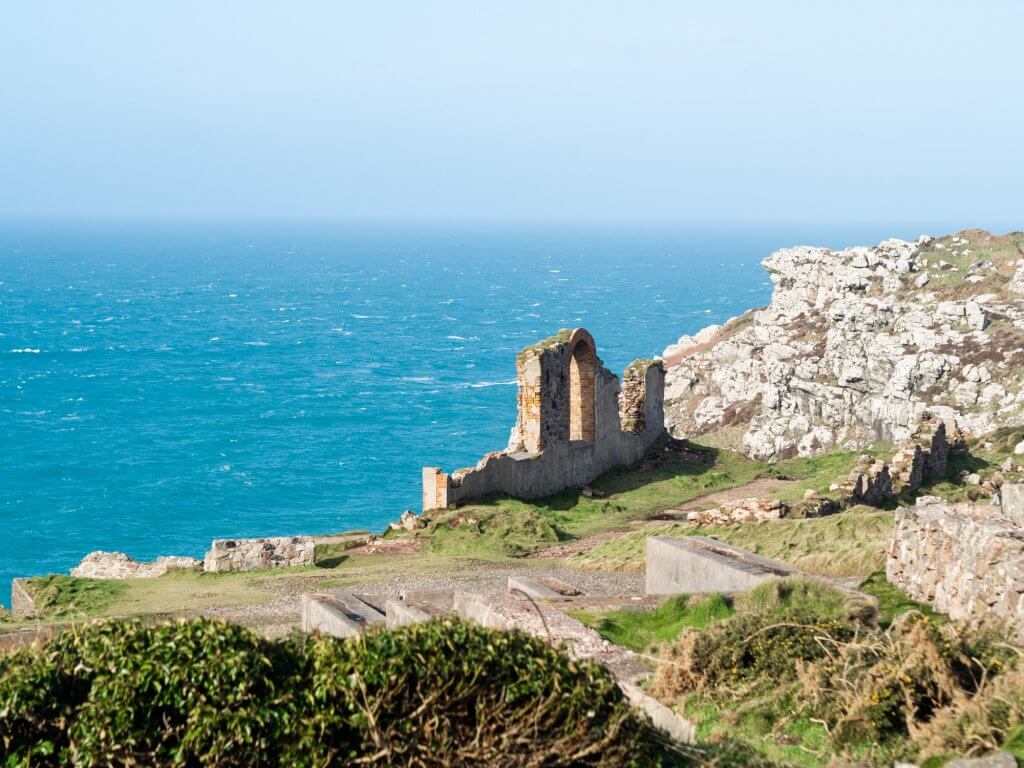 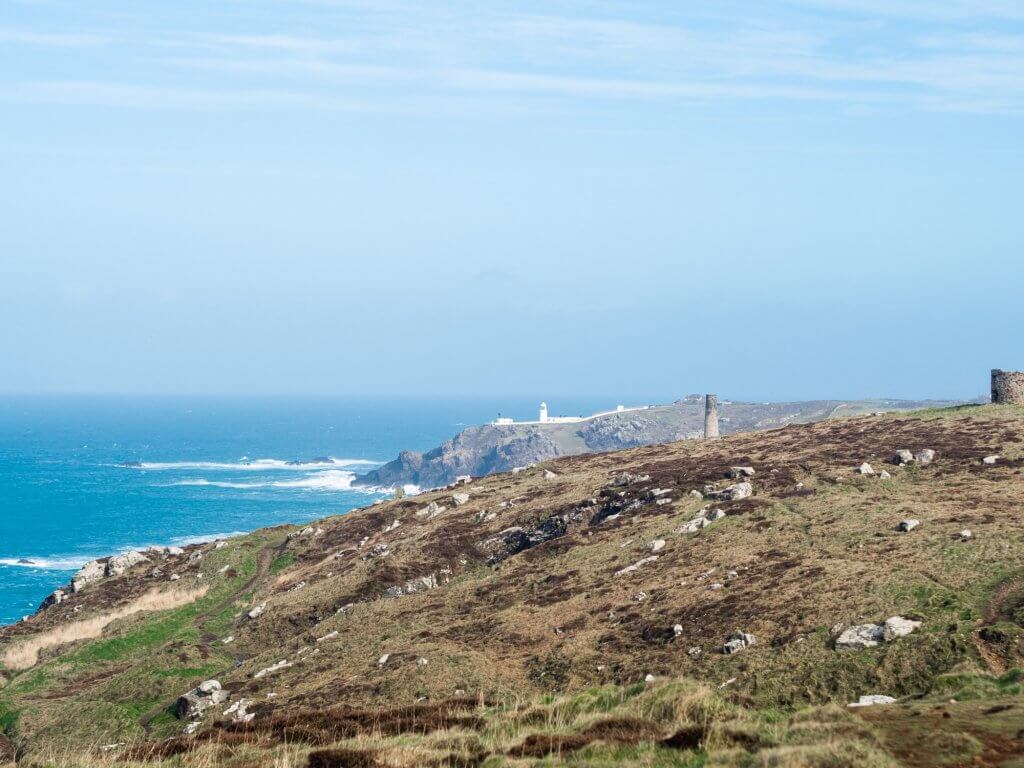 The amazing thing about this stretch of coast is just how many engine houses and mining ruins there are dotted along it. Everywhere you look, there’s more evidence of Cornwall’s historic mining industry, even in the most dramatic spots!

For example the famous Crowns engine houses, which are literally perched low down on a rocky cliff edge and are probably the most iconic ones in Cornwall. The lower engine house was built as a pump to keep water out of the 2,500m deep mine shaft that runs out for half a mile underneath the sea bed, while the upper one held an engine that wound up the lift from the shaft. 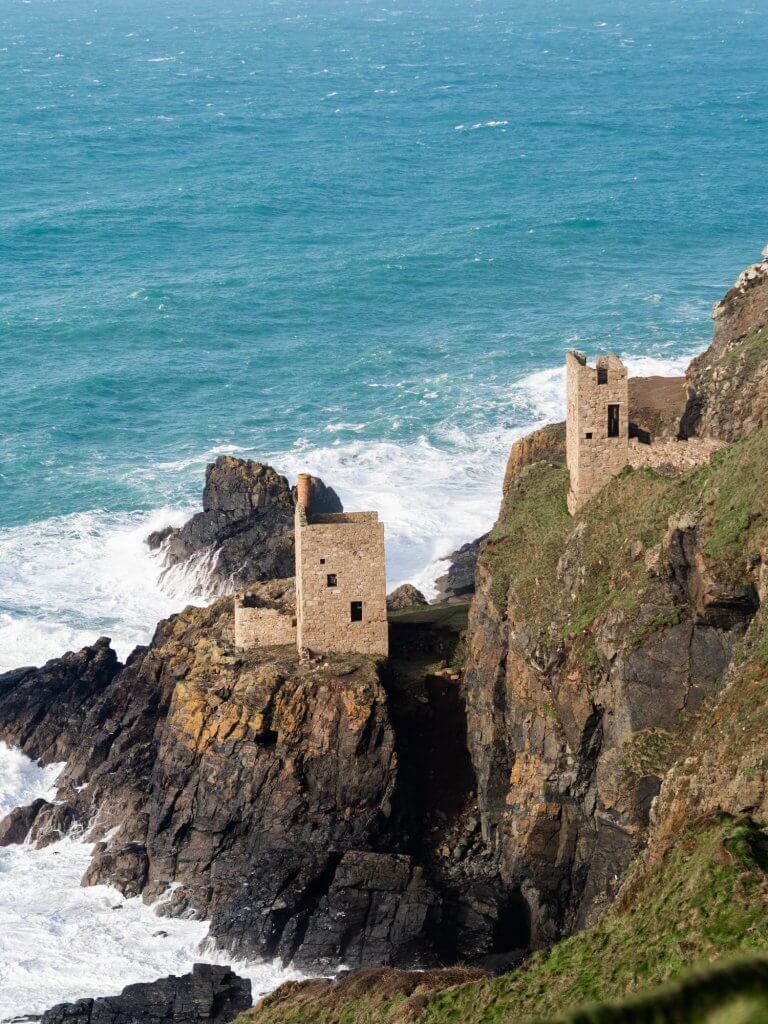 It’s quite spectacular, and you can actually walk down the cliffs to both engine houses for a closer look, but with the dogs in tow we felt it safer to stay up on the higher cliff path that day.

We walked along from Botallack to Levant mine, which is now run by the National Trust, where you can visit in summer to watch the old restored beam engine (a type of steam engine used to pump water out of the mines) at work and learn more about the miners who worked here. 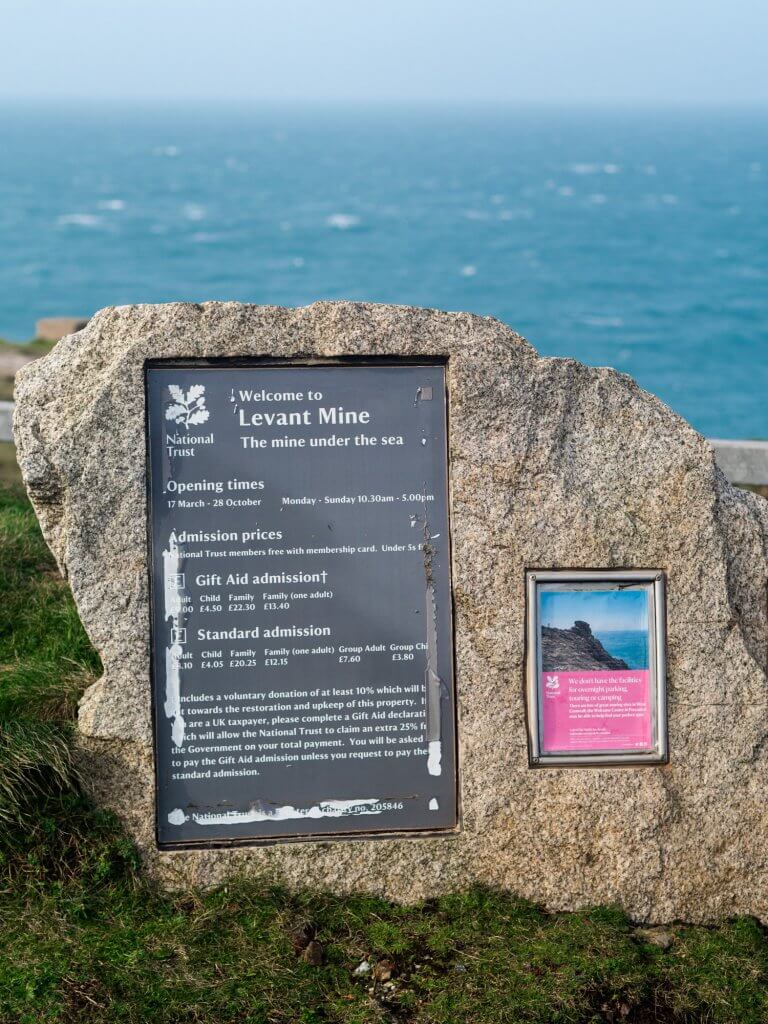 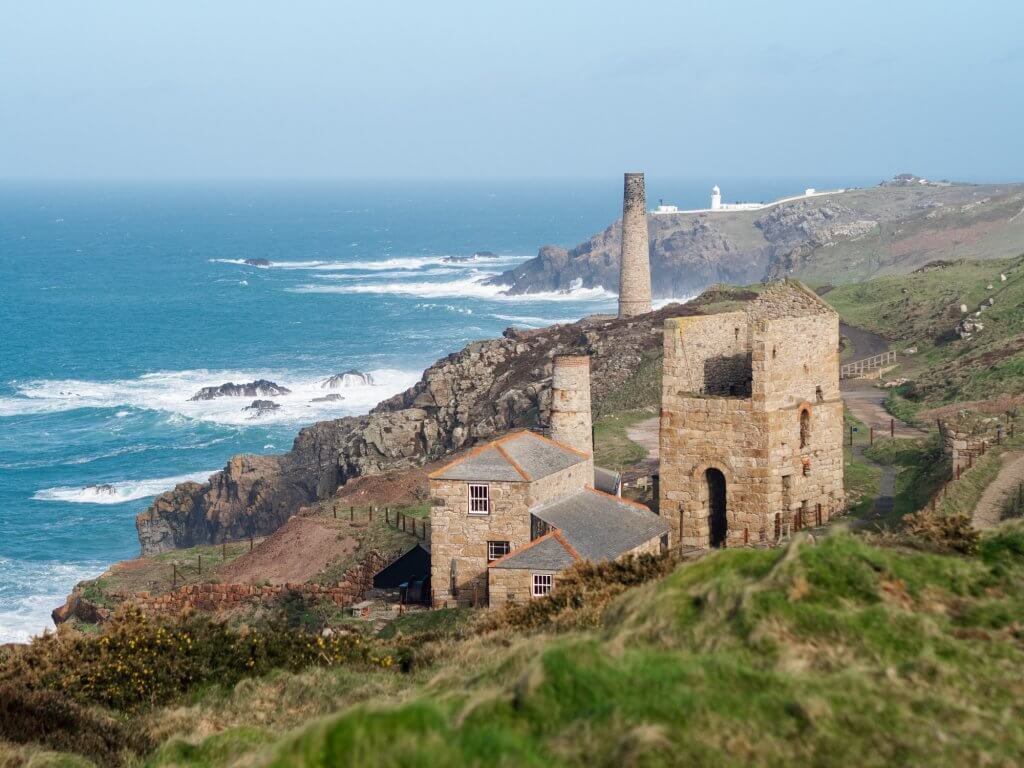 Just past Levant is Geevor Tin Mine, which is a preserved mining site that you can visit today as an attraction, and even go underground through the old tunnels. 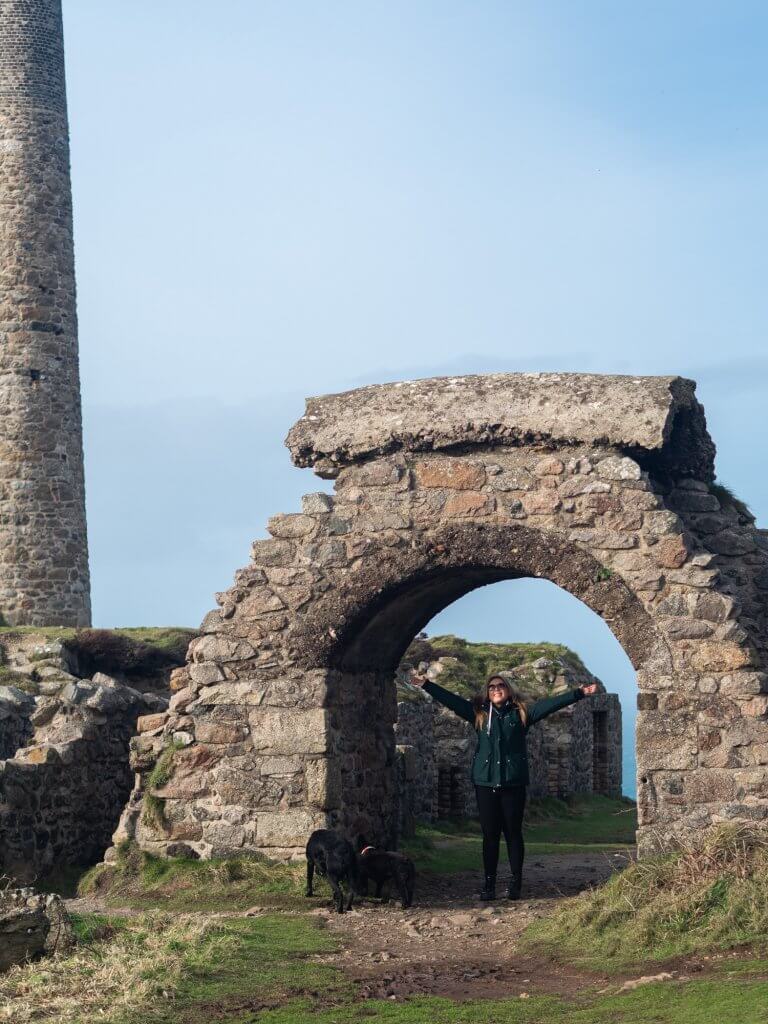 After our adventure we were getting a bit peckish, so we set off on one of Cornwall’s most incredible scenic drives from Botallack, through Carnyorth, and over to Treen and Zennor. From the car window you can see the whole rugged coastline and the sea stretching out before you, with farmland the otherside lined with old Cornish stone walls and quaint granite cottages. 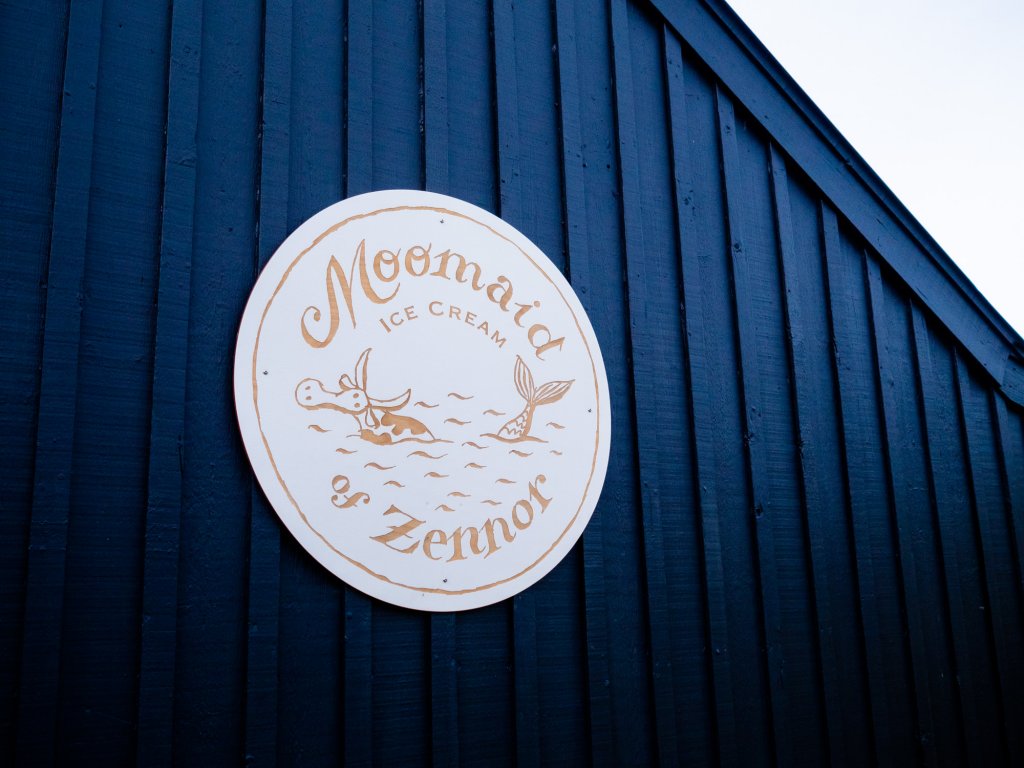 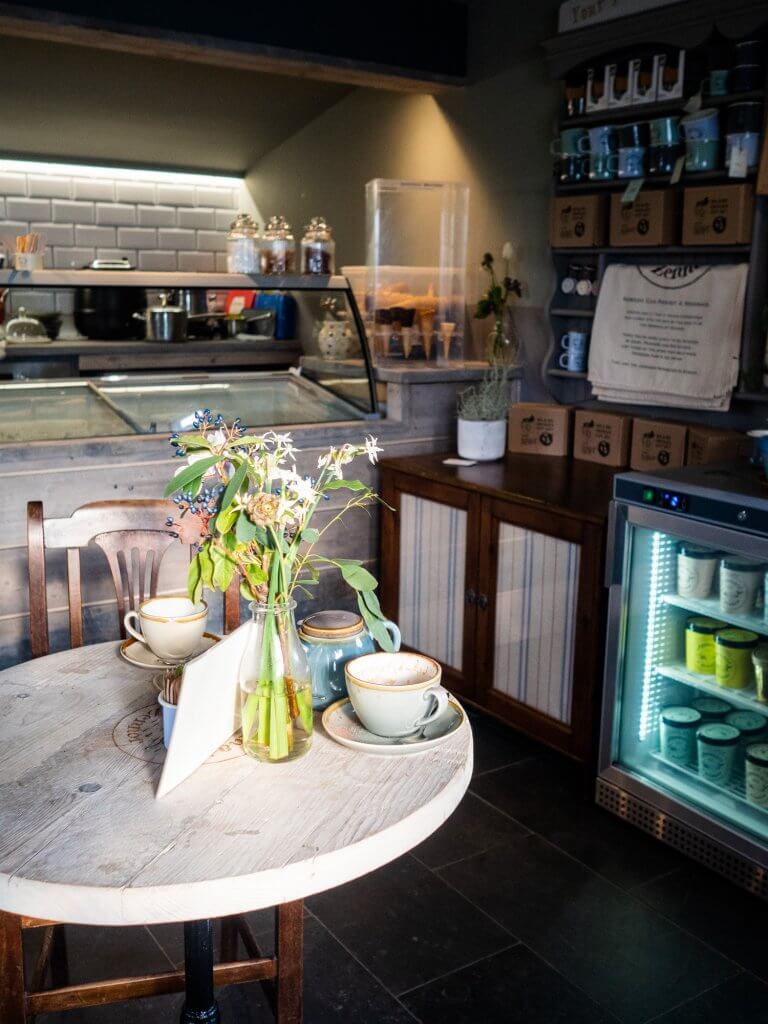 Our pit stop destination was the village of Zennor, famed for its Cornish legend of ‘The Mermaid of Zennor’, which has made it into many of the fairy stories and tales we were told as kids. But Zennor is also home to the quirkily named ‘Moomaids of Zennor’ too! Makers of legendary Cornish ice cream, Moomaids of Zennor’s farm is based here, where they use sustainable farming methods to make the most delicious sweet treats from their cows’ (aka ‘moomaids’) milk – they even have named photos of each of their ‘maids on their website.

The ice cream is stocked in many independent restaurants, cafes and farm shops around West Cornwall, and they also have a few of their own parlours too, including one in St. Ives, one in Porthtowan, and now a recently opened one right in the village of Zennor too, just a stone’s throw from the farm where the ice cream is made. 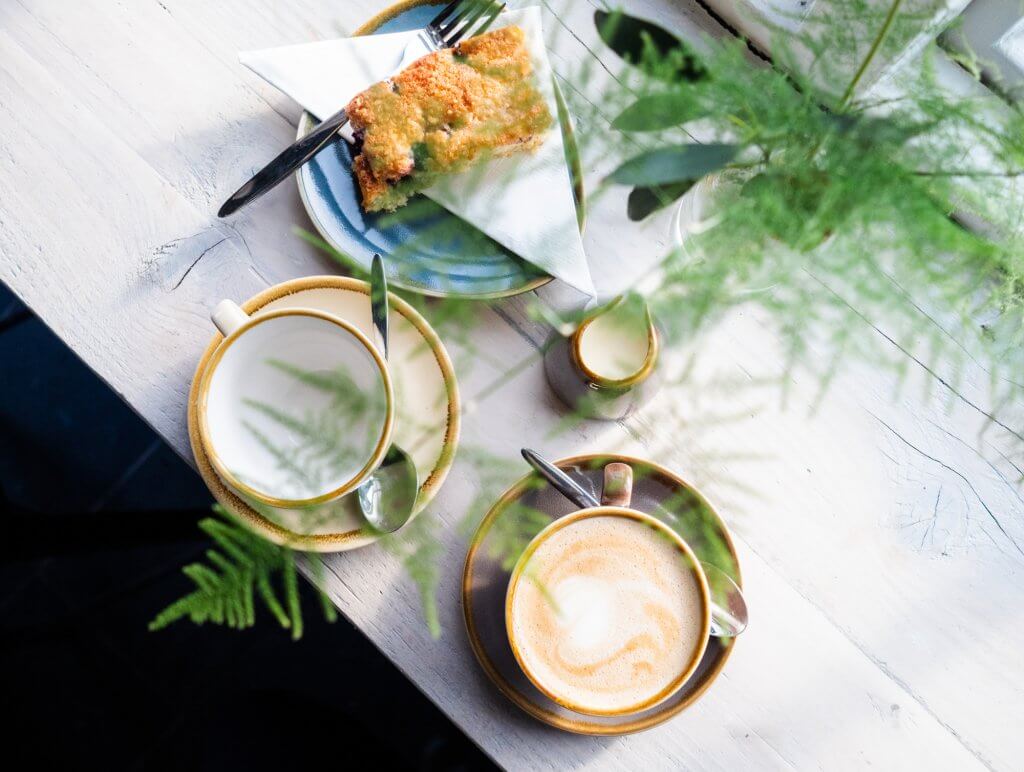 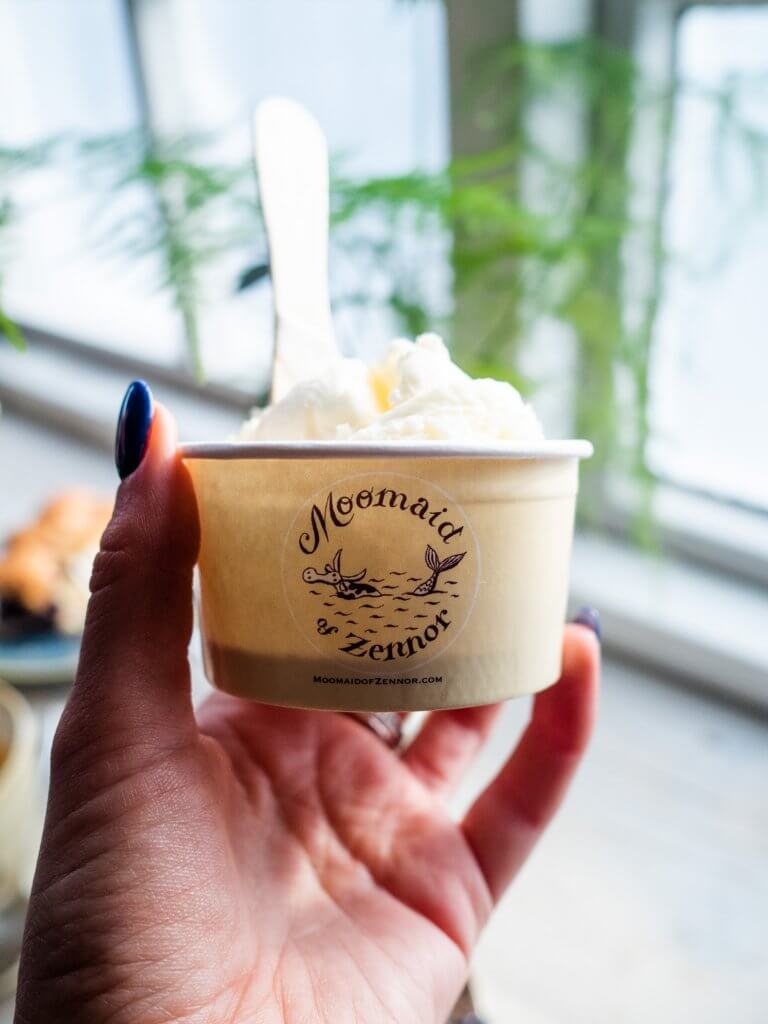 We stopped in for a coffee, slice of cake and a scoop of their lemon curd ice cream, although it was very difficult to choose which flavour to try! The farm make over 39 different mouth-watering flavours now, but if can’t fit it all in in one visit, you can always buy a tub from the parlour to take home with you too.

I’d definitely recommend setting this as your afternoon snack destination if you’re walking along the Penwith coast or exploring West Cornwall’s mining heritage this way. You can also walk down from Zennor to find Zennor and Porthzennor coves, which I’ve heard on sunny calm days are absolutely stunning (plus you might even spot a mermaid on your travels!).

* Disclaimer: We kindly given free coffee, cake & ice cream in exchange for a review, but all opinions are my own. 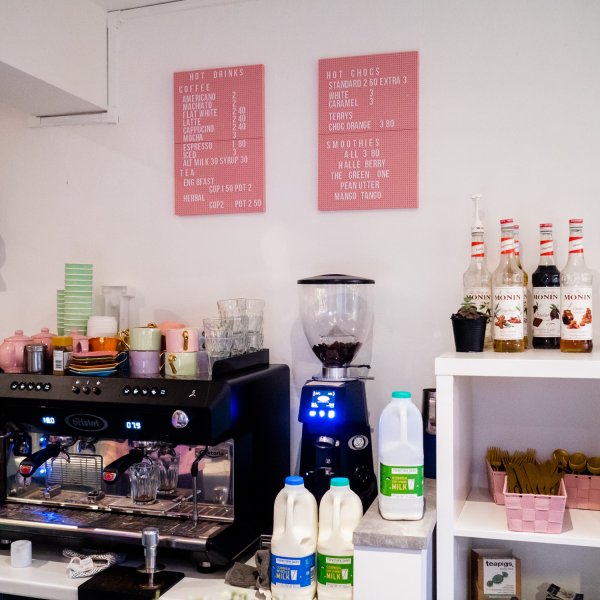 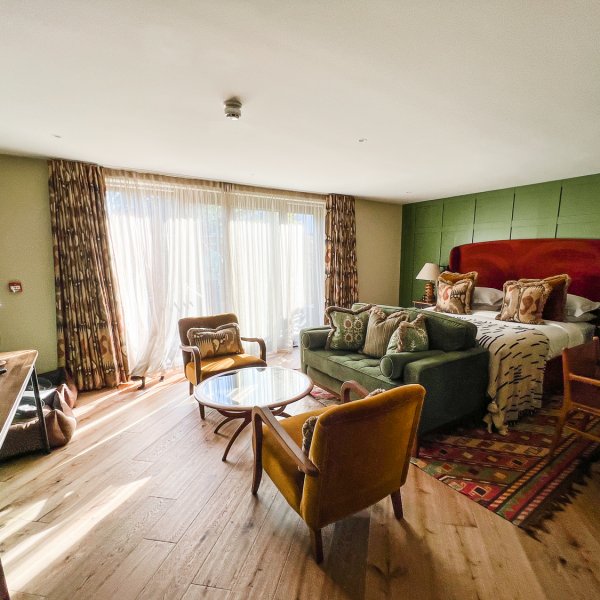