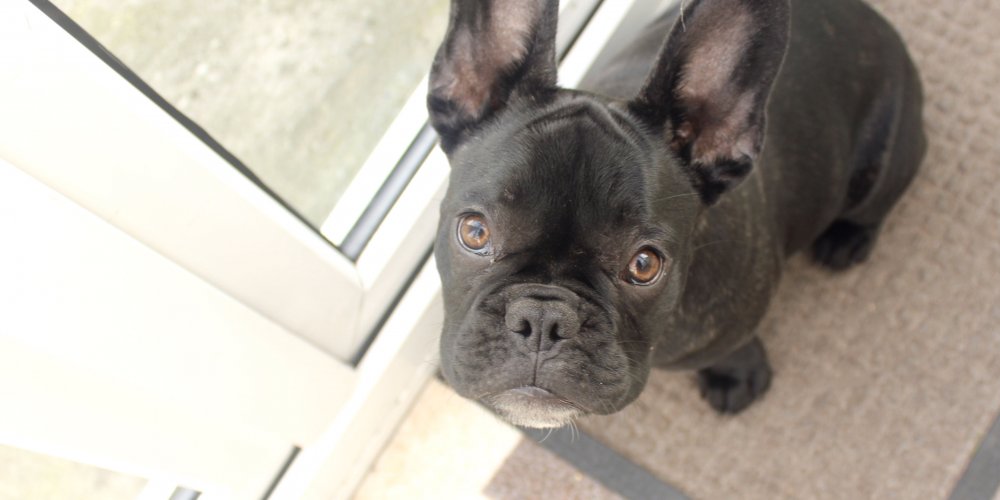 This week, we having been nursing our poorly puppy back to health after she broke her elbow on Monday evening.

In one of her crazy moments (which we like to call ‘the zoomies’), Pepper was running around like a mad thing in the living room and crashed into the sofa. After a minute of screaming and limping away, she calmed down enough for us to work out that she wouldn’t put any weight on her front left leg.

She was letting me touch and massage it though, so we didn’t call the emergency vet, knowing that if it was really bad she wouldn’t be letting me near it. However, she still wouldn’t put weight on it in the morning, so we took her straight to the vets.

A couple of x-rays later, and they found she had fractured her elbow (apparently a common injury in young puppies as the bones in their legs haven’t fully developed yet). We had to leave her at the vets to have an operation, and overnight for after-care.

It was horrible leaving her there, as I knew she would be scared, but the vets at Rosemullion took great care of her, and we picked her up on Tuesday afternoon, met with plenty of kisses, a shaved and stitched front leg, and a list of medicines as long as my arm to give her twice a day.

Luckily, we have insurance for her with Morethan, which covers us for any injuries and vet fees (a damn good thing seeing as the total bill was over £1000!). If you have a new puppy or dog, get insurance now! These injuries can happen to anyone at any time, and it sure is costly if you don’t have the cover.

We sort of assumed she would be feeling sorry for herself and want to sleep for the next few days, but she is 5 months old and still wanting to play, even though she has just had a pin put in her leg! This has been a daily struggle, as the vet has said she’s not allowed any exercise at all, and certainly isn’t allowed to jump on and off furniture. 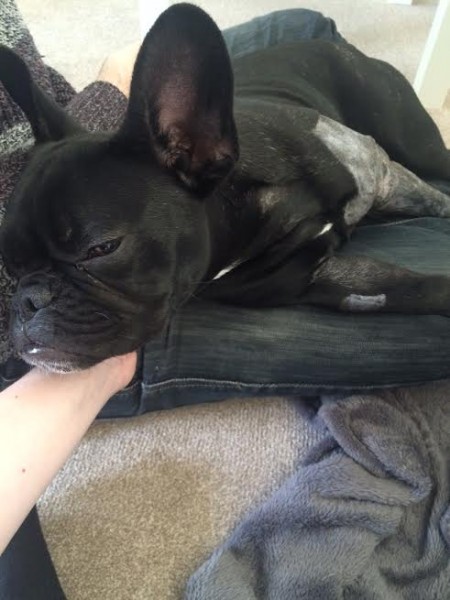 We are having to carry her everywhere, and only allow her to move to eat, drink and go to the toilet. She sleeps in her crate throughout the day and at night anyway, but it’s so hard to stop her scampering about when she wants to play.

I hope she will make a quick recovery, but it will be difficult for us while she gets frustrated at not being allowed to move. We have banned anyone from visiting us as she gets so excited and we don’t want her to jump up or hurt herself.

If anyone has any tips on how to get through this difficult period please let me know!